For the Smithsonian’s X 3D project, 3D laser scanners are used to create 3D digital images of the museum’s historical artifacts, including a mammoth skeleton, the Wright Brothers’ aircraft, and an entire dinosaur exhibit hall. 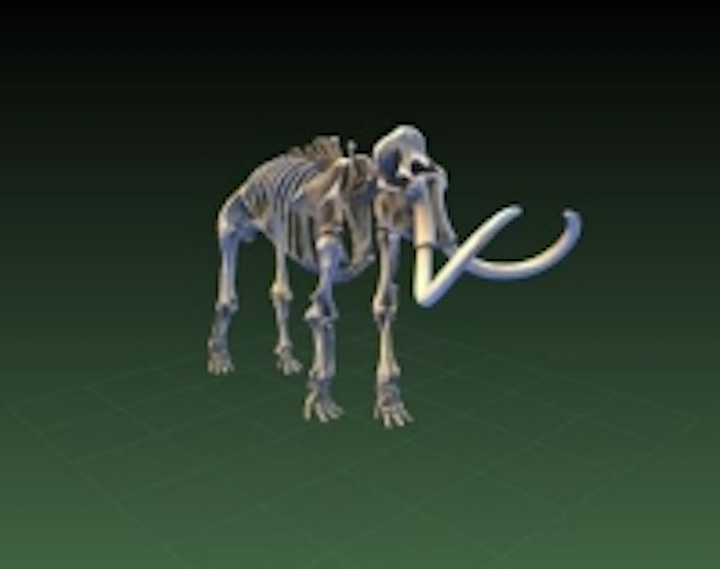 As part of theSmithsonian X 3D project—in which 3D laser scanners are used to create 3D digital images of the museum’s historical artifacts—digital models of a mammoth skeleton, the Wright Brothers’ aircraft, an entire dinosaur exhibit hall, and a number of other artifacts have been created.

The Smithsonian uses a Faro Edge ScanArm ES to create its 3D models of the ancient artifacts. The ScanArm is a seven-axis measurement system with a fully integrated laser scanner which enables users at the Smithsonian to collect simple point variations with the ScanArm’s hard probe and laser scan sections requiring larger volumes of data. It features new software algorithms which automatically adjust the scanning parameters for a variety of surfaces, and a new high dynamic range mode enables users to scan materials with high contrasting colors simultaneously.

The Smithsonian’s X 3D project has now seen the 3D scanning and digitalization of 20 artifacts, according to a Sky News article. The purpose of the project is to not only digitize and document its artifacts, but to also virtually transport its educational exhibits to homes and classrooms around the world. Specifically, the Smithsonian’s 3D explorer enables users on the web to examine exhibits, including zooming in and rotating the artifact at will. (Check it out here.)

It doesn’t end there, however, as the digital 3D images can be combined with 3D printers to create copies or replicas of specific museum exhibits. A 3D printed model of former U.S. President Abraham Lincoln’s face is shown in the video in the Sky News article, for example.

In addition, the technology can be used to document archaeological or paleontological sites and preserve skeletons in 3D before they need to be moved. A Smithsonian team recently flew out to Chile to scan the skeletons of five-million-year-old fossilized whales, a practice (3D scanning a discovery site); the team predicts, in time, will become standard.