Numerous lens and lens mount choices exist when it comes to selecting the right lenses for machine vision systems integration. 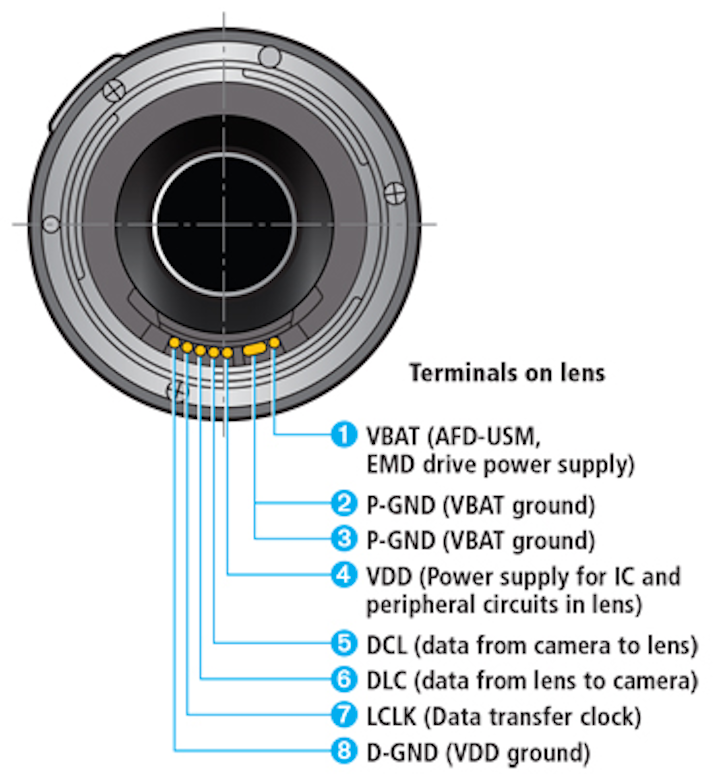 Various lens and lens mount open standards exist that help when it comes to specifying and designing machine vision systems.

While smart sensors, smart lighting peripherals and smart cameras have simplified the development of machine vision systems, less could be true about lenses. Generally, most of the lenses used in machine vision systems are either based on thread-based C-mount lenses originally developed by Bell and Howell in 1929 or bayonet F-mount lenses introduced by Nikon (Tokyo, Japan; www.nikon.com) in 1959. While numerous other lens mounts exist, they are either thread or bayonet-based.

While these mechanical interfaces are simply used to position the lens onto the camera body, most lenses used in machine vision applications cannot be refocused by the camera without using an external motor controller. Recognizing this, Canon (Tokyo, Japan; https://global.canon) developed its Electro-Focus (EF) bayonet-style lens mount in 1987 that was originally developed for the company’s EOS cameras.

EF lenses use an electric motor built into the lens which is controlled using a set of eight electrical pin-outs, two of which convey and return data from the lens. In this way, no external motor controller is required to refocus the lens. The connection between lens and camera is required for the camera to both control lens functions such as autofocus and aperture and for the lens to convey information such as focus and zoom settings, for example, to the camera body (Figure 1). 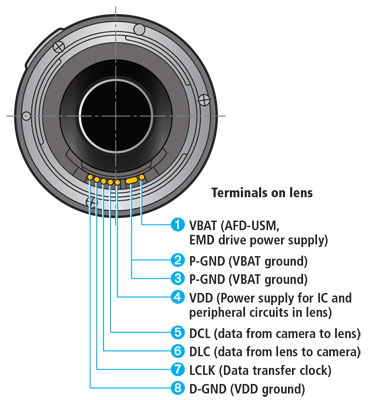 Figure 1: EF lenses use an electric motor built into the lens which are controlled using a set of eight electrical pin-outs, two of which convey and return data from the lens. The connection between lens and camera is required for the camera to both control lens functions such as autofocus and aperture and for the lens to convey information such as focus and zoom settings to the camera body. 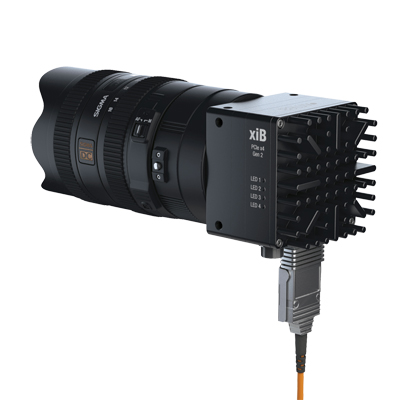 Figure 2: Cameras that support the EF standard include the Prosilica GT1930L from Allied Vision (pictured) as well as the xiB Series of cameras from Ximea.

Systems integrators wishing to use the EF standard with incompatible cameras can also opt for independent lens controllers such as the Canon EF lens controller from Innovative Scientific Solutions Incorporated (ISSI; Township, OH, USA; https://psp-tsp.com). Designed to operate with Canon EF, EF-S and L series lenses and Sigma and Tamron EF lenses, the lens controller’s Ethernet interface allows it to be operated over long distances or via a network connection (Figure 4). 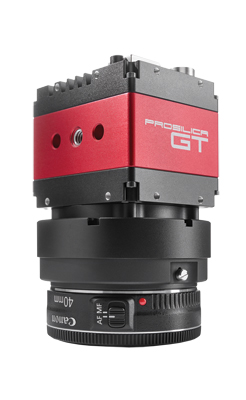 Figure 3: Cameras that support the EF standard include the Prosilica GT1930L from Allied Vision (pictured) as well as the xiB Series of cameras from Ximea.

While primarily introduced for consumer cameras, the EF standard has found some success in the machine vision industry. Less could be said, however, for the Micro Four Thirds System from the FOUR Thirds Organization (www.four-thirds.org).

Like the EF standard, the Micro Four Thirds System was primarily adopted for consumer cameras and supports electronic information communication between the lens and camera body. Every interchangeable lens incorporates a CPU for two-way communication with the camera body, exchanging information on lens type, focal length and F-number, allowing control of zoom, focus and aperture control from the camera. Of the camera companies that have adopted the standard, very few companies such as SVS Vistek (Seefeld, Germany; www.svs-vistek.com) with its Evo Tracer cameras have produced compatible machine vision cameras (Figure 5). 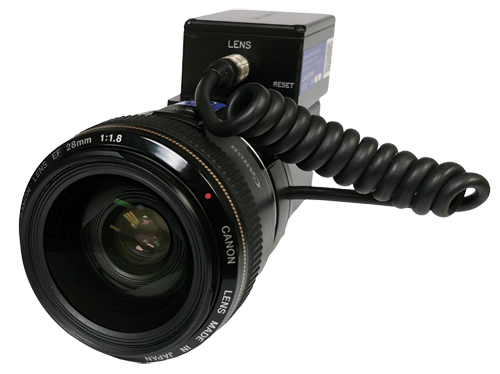 Figure 4: Systems integrators wishing to use the EF standard with incompatible cameras can also opt for independent lens controllers such as the Canon EF lens controller from Innovative Scientific Solutions.

Built-in lens motors to control the aperture of the lens is also the principle of the Precision-Iris (P-Iris), a concept developed jointly between Axis Communications (Lund, Sweden; www.axis.com) and Kowa (Aichi, Japan; www.kowa.co.jp). Within each P-Iris compatible lens, a stepper motor is used to open and close the aperture. Typically, the stepper motors have roughly 72-74 positions, allowing for fine granularity when setting the aperture value. Thus, the aperture can be set to the exact point where the depth of field is greatest and where diffraction has no impact on the sensor based on its pixel size.

Currently, every camera in the LtX45R camera series from Lumenera (Ottawa, ON, Canada; www.lumenera.com) is equipped with a controller to accept P-Iris lenses as too are the 5,12 and 20 MPixel CMOS Spark+ cameras from JAI (Copenhagen, Denmark; www.jai.com).

Similar aperture settings on different lenses, even with the same focal length cannot, however, guarantee that the same amount of light will reach the sensor. As Stuart Singer, now Sr. Technical Director at Ruda-Cardinal (Tucson, AZ, USA; www.ruda.com) points out, cinematographers use lenses marked with transmission (or t/stops) rather than f/stops.

While directly related to f/stop, lenses specified in t/stops take into account the measured on-axis light transmission for a particular lens even when lenses of different focal lengths are used to image a scene (see “Lenses, lights, camera and action: Applying cinematography lessons to machine vision systems,” Vision Systems Design, May 2014; http://bit.ly/VSD-LLCA).

However, since T-stop testing is both expensive and time consuming, it is rarely performed for machine vision lenses. In cinematography applications where, multiple cameras with different lenses are used, using lenses with T-stops is important. Otherwise, correcting each individual take in post-production would prove very expensive. As Singer points out in “Do you know what you are buying, a clarion call for lens-tolerance standards,”(http://bit.ly/VSD_SCH), technical data sheets for optical lenses are not governed by standards, enabling each vendor to present the data it wants in the way it wants, which can lead to misleading performance claims and hamper apples-to-apples comparison. 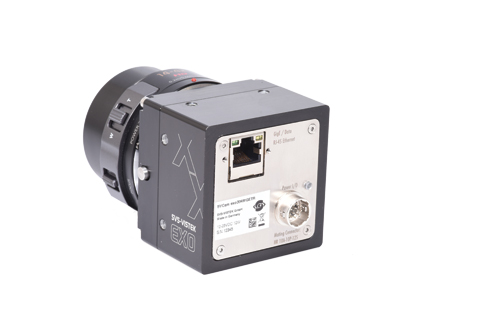 Certainly then, a standard means of measuring the performance of lenses is required as well as a means for smart cameras to interface with smart lenses. To address the latter, Cooke Optics (Thurmaston, Leicester, UK; www.cookeoptics.com) introduced it’s /i project in 1998. Like the concept of T-stops, the /i project was primarily developed for the motion picture industry and television industry, according to Les Zellan, Chairman of Cooke Optics.

In essence, the /i project specifies a set of four contacts in the lens mount that can be used to interface to digital cameras that support the /i project standard. Using these contacts, information such as iris, focus and depth of field can either be user selectable or set by the camera. This information can then be stored for every frame and stored as metadata in the camera or external device.

“Unlike either the Canon EF or Micro Four Thirds standard,” says Zellan, “the /i standard is an open standard that anyone can access from the Cooke Optics website.” Already, numerous companies including Arri (Munich, Germany; www.arri.com), Canon, Leica (Wetzler, Germany; www.leica.com), Panavision (Los Angeles, CA, USA; www.panavision.com), Sony (Tokyo, Japan; www.sony.com), Zeiss, and Sigma have endorsed the standard. A full list of /i partners can be found on the website of Cooke Optics. (See here: http://bit.ly/VSD_COO). Manufacturers that want to adopt and implement /i—that is, become an /I Technology Partner—can license the system for £1/year.

Four pins are used to exchange power and data between the lens and the camera. In version /i1, there was support for zoom focus and iris control while version /i2 adds metadata for inertial tracking and /i3 metadata for lens distortion and shading. The user manual and specifications can be downloaded at http://bit.ly/VSD-CKE.

Although this concept has been applied successfully in the motion picture and film industry, the same concepts may soon be appearing in a machine vision lens near you.

Indeed, this is the aim of the European Machine Vision Association (EMVA), who in May of this year established a working group to develop an Open Lens Communication Standard Group that aims to create a standard electrical connection between cameras and lenses providing a standard connector, voltage, communication protocol and standard naming of lens parameters as well as providing feedback from the lens to the camera.

Initiated by Professor Dr. Bernd Jähne of the Heidelberg Collaboratory for Image Processing (HCI) at Heidelberg University (Heidelberg, Germany; https://hci.iwr.uni-heidelberg.de) and member of EMVA’s board of directors in a poster presentation at the EMVA’s 2nd European Machine Vision Forum, the initial ideas of the interface standard are to provide power to the lens to control motors to adjust focus, focal length, aperture and a bidirectional communication interface to communicate lens data to the camera and vice versa (see “On the urgent need of an open camera to lens communication standard for vision systems” http://bit.ly/VSD-OCL).

While this is also a feature of Canon’s EF specification and the Micro Four Thirds standard, both are either proprietary or require companies to sign non-disclosure agreements to obtain the specification. According to Jähne, the Open Lens Communication Standard Group will develop a specification that is open and freely available to both camera and lens manufacturers.

At the first meeting of EMVA’s Open Lens Communication Standardization Group in July this year at Heidelberg University, Marcel Naggatz of Baumer Optronics (Radeberg, Germany; www.baumer.com) and Erik Widding, President of Birger Engineering (Boston, MA, USA; www.birgir.com) were elected as chairman and co-chairman of the Group.

Major machine vision camera and lens manufacturers have already joined the Group and any additional company that is a member of one of the G3 associations may apply.

“The main topic is to develop an electrical interface including a well-defined protocol, which is GenICam compatible and can be used with as many mounts as possible. If the need arises, we will also consider the development of a new mount but only in close cooperation with the JIAA,” says Jähne.

However, an open electrical interface and GenICam-compatible software would bring great benefits to those designing machine vision systems. For example, this could allow the automatic focus, zoom and aperture control of the lens, and provide information such as aperture-dependent shading, geometrical distortion and lateral chromatic lens aberration. This could then be corrected in the camera. Metadata stored in the camera could provide information about the lens, manufacturer, date of manufacture, as well as provide the camera with modulation transfer function (MTF) data about the lens.

Certainly, the idea of an open lens communication standard is a good one. Like the concept of T-stops, however, whether there is additional cost involved in implementing a new standard for both camera and lens suppliers remains to be seen.

Perhaps the last word should go to Les Zellan of Cooke Optics.

“If the EMVA wants to accomplish this, why are they reinventing the wheel when they could simply use the /i standard. The last thing we need are more standards that perform the same task.”