A 3D machine vision system developed by Photoneo is deployed in a robotic bin-picking system for material handling at a hydraulic component manufacturer. 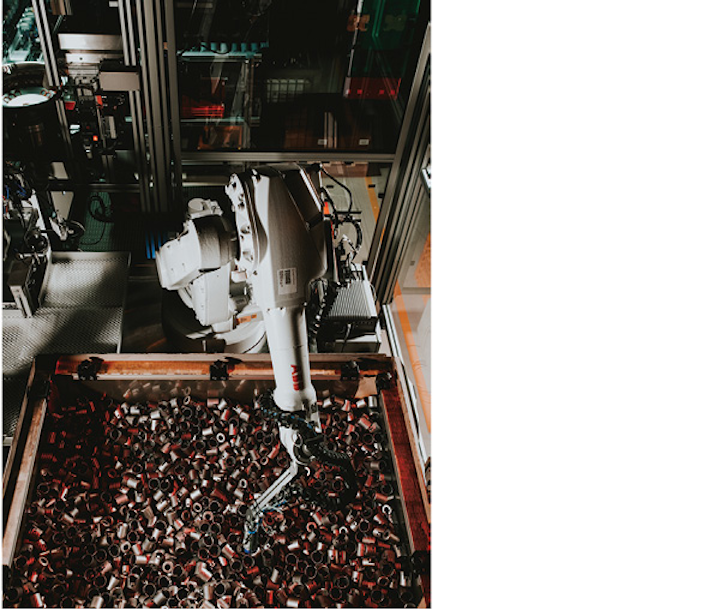 When a hydraulic component manufacturer wanted to upgrade material handling at its production facility, they gave Photoneo (Bratislava, Slovakia; www.photoneo.com) the nod to install its unique 3D-vision-guided robotic bin-picking system.

The integrated solution comprises a single Photoneo PhoXi 3D Scanner XL and a robot from ABB (Zürich, Switzerland; www.new.abb.com), along with associated vision and robot controllers. However, before winning the bid, engineers had to contend with several design challenges. 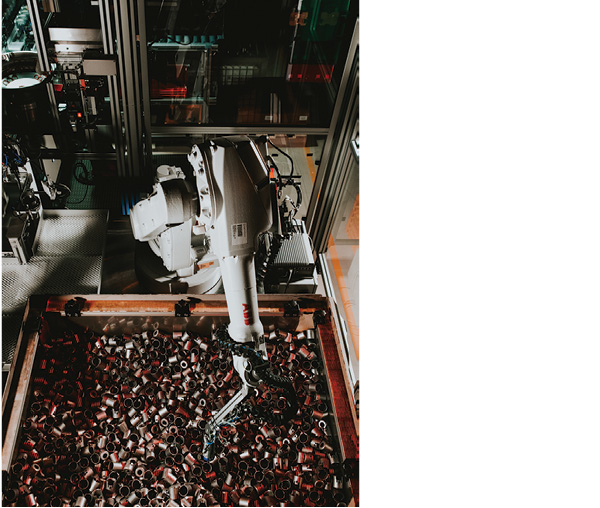 First, random robotic bin-picking applications such as the one for which the companty was designing a solution are very challenging because the parts are loose and haphazardly piled on top of one another in the bin.

The customer wanted 99% of all parts, numbering nearly 10,000, unloaded from each bin, despite the fact that the parts are relatively small, measuring only about 5cm tall and 4cm in diameter, especially when compared to the size of the bin, which was large, making the area ratio of the size of the parts being picked to the bin size approximately 1:900.

Also, following the pick, the parts had to be placed in the proper orientation on moving pikes, within a seven second cycle time for scanning, part localization, robot path planning and the time consumed by the robot movement.

Finally, the parts are shiny, which tends to cause interreflections that can be problematic when scanning.

These challenges were not easily addressed, however, so the ability of Photoneo to meet them was one of the decisive factors why its bin picking solution was chosen, according to Photoneo CTO Tomas Kovacovsky.

“On the hardware side, our range of 3D scanners uses structured patterns that decrease the effect of diffuse interreflections that are often present in corners,” he explains. “On the software side, by modulating the frequency of pattern projection, our 3D scanners are able to detect and filter out points in the 3D model of the surface caused by interreflections.” 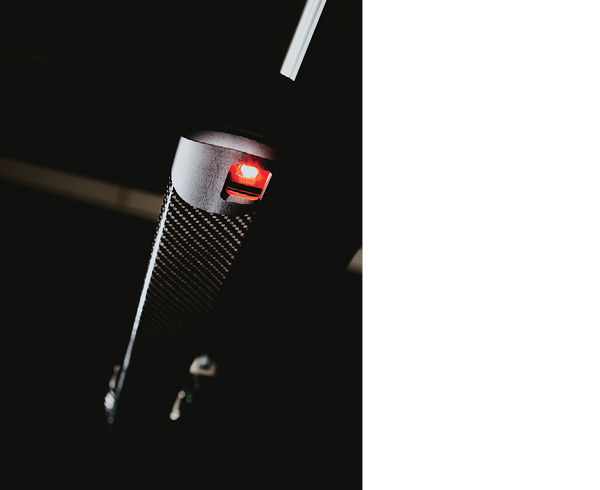 While robot arm moves to pick a part up, part localization algorithms continue to run on the scanned data of the space around the part saved to memory. In this way, while the robot places the part, the scanner signals the robot controller for the next path planning.

Most 3D scanning devices are designed to handle smaller scanning volumes; and primarily due to the depth of field limitations, are not designed for euro pallet (800 x 1200 x 144 mm) or larger volumes. Larger scanning volumes typically require a stronger light source or, alternatively, a longer exposure time to acquire reasonable point cloud quality.

“In general, bin picking in an extended volume is a challenge, as the point cloud density is lower and the noise higher, resulting in a decrease of absolute accuracy,” explains Adrian Kratky, Director of Robot Vision at Photoneo. “Therefore, the quality and depth of field of the PhoXi 3D Scanner XL is crucial when the higher scanning volume is combined with a proportionally smaller object to handle.”

The PhoXi 3D Scanner XL serves scanning volumes up to 2400 x 1800 x 2200 mm in size, using a 3.2 MPixel sensor to capture images with an average acquisition time of approximately 800ms.

By running the part localization algorithm continuously, searching for new objects asynchronously in the background, the 7-second cycle time and other application requirements are easily met with a single scanner and robot.

“With a longer time for the image capture procedure, the system is able to output a point cloud with higher density, less noise and higher absolute accuracy,” explains Kratky. “This, in turn, enables the part localization algorithm to identify the object successfully in a shorter time. A single scan usually captures enough objects for more than one system cycle.” 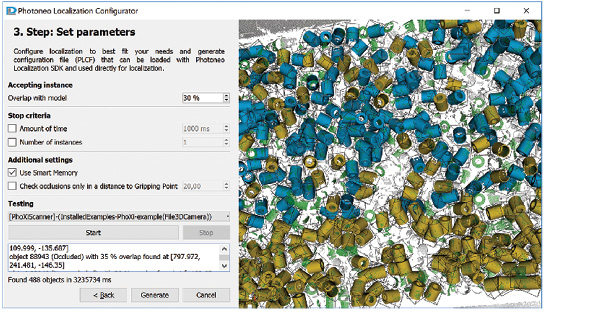 Part localization is a crucial part of every bin picking solution. The precision of the part localization algorithm should be adjusted to balance the required speed and orientation.

In this application, while the robot arm moves to pick a part up, part localization algorithms continue to run on the scanned data of the space around the part saved to memory. In this way, while the robot places the part, the scanner signals the robot controller for the next path planning.

To avoid trying to pick a part that has moved slightly between picks, Photoneo implemented a special solution that is able to quickly identify position changes, and focus only on the parts that did not move.

While the client decided to use an ABB model IRB 1600 robot with a carrying capacity of 10kg and reach of 1.45m, the bin picking application by Photoneo works well with all the major industrial robot brands including: Fanuc, Kuka, Mitsubishi Electric, Omron, Stäubli, Universal Robots and Yaskawa, besides ABB.

This installation has been in production for more than a half year, and Photoneo has deployed a second installation for the same customer several months ago. In the second quarter of 2018, Photoneo is expected to introduce a new Bin Picking Studio in to help end users and systems integrators design complete bin picking solutions themselves, based on their specific application requirements.