In collaboration with Vision Systems Design and Inspect magazines, FRAMOS has conducted a market survey of trends, interfaces and future developments in camera technology 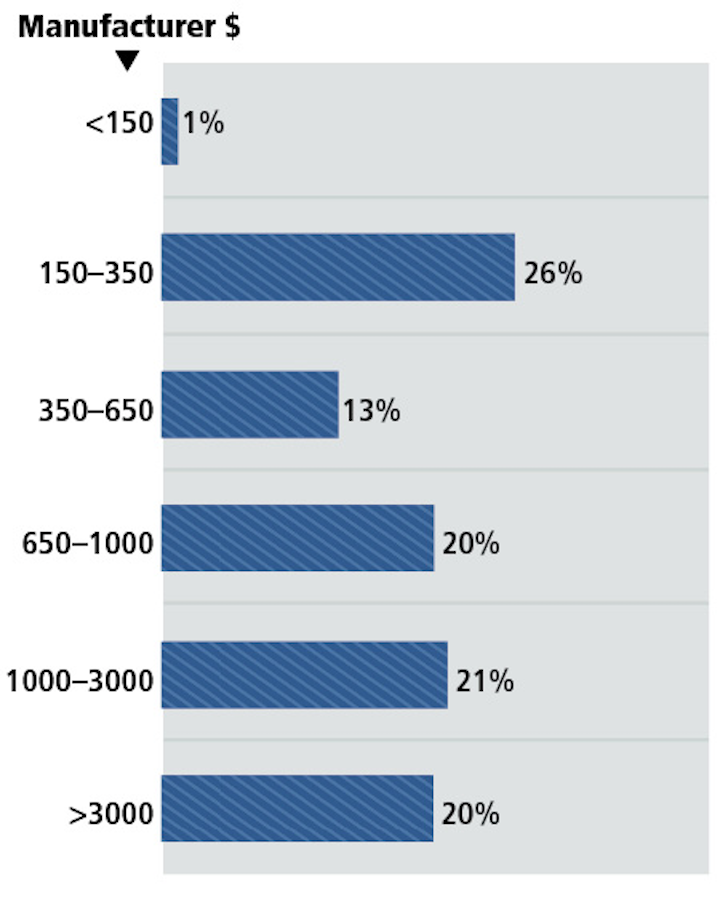 In collaboration with Vision Systems Design and Inspect magazines, FRAMOS (Taufkirchen, Germany;www.framos.com) has conducted a market survey of trends, interfaces and future developments in camera technology. The study is based on the opinions of 61 users and 29 manufacturers, 68% who were from Europe, 19% from North America, and 13% from Asia/The Middle East. Europe ranked first in terms of both purchasing and production at 61% and 50%. Manufacturers also produce in Asia (24%) and in North America (24%). Behind Europe, Asia and America account for 31% and 8% of users in the purchasing market, respectively.

While automation in production and agriculture comprised 72% of sales, quality assurance is the top camera application for both manufacturers (72%) and users (49%), followed by measurement tasks (62% and 48%, for manufacturers and users, respectively). Also, robotics and scientific applications still represent an important part in the total imaging sales and purchase decisions. Manufacturers reported 115% growth in the transportation sector compared to 2016, driven by autonomous vehicles and automated driver assistance system applications. However, medical technology remained flat. 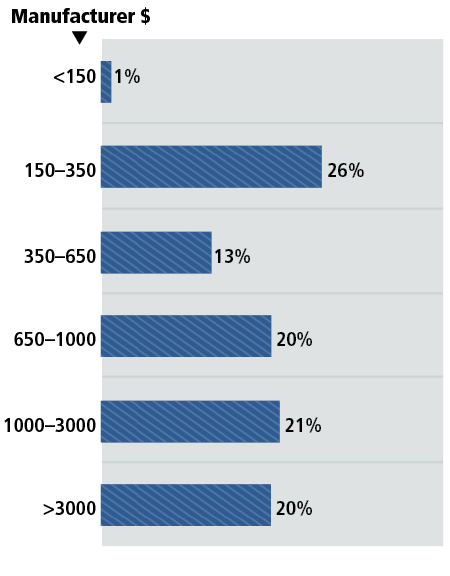 The fact that cameras costing more than $1,000 account for more than 40% of manufacturer sales indicates strong demand for high-end cameras in many applications.

As machine vision expands into more fields, manufacturers capitalize on potential new applications with 28% of respondents stating that their cameras are used for drones and unmanned aerial vehicles (UAVs). Other application areas seeing increases include those based on artificial intelligence, 3D scanning, gesture control and virtual reality. While users recognize this potential, they are still firmly focused on traditional machine vision applications.

As in past years, both camera manufacturers and systems developers see a continued growth in the image processing and machine vision market with 91% of users intending to introduce or to replace existing systems within the next two years.

After a gradual decline in prices prior to and including 2015, the cost of mid- and high-price cameras is noticeably more stable in 2017. Only 19% of users limited their budget to $350 for a camera, compared to 45% in 2016. Users paying between $350 and $1,000 (38%), or more than $1000 (42%) increased as compared to last year (+7 and +19 percentage points, respectively). The high price segment is clearly growing and user trends are largely confirmed by manufacturers, especially in terms of a decrease in demand for cameras priced below $150 and the steep increase for those over $1,000.

Accelerated by Sony’s discontinuation of CCD imagers, the previously announced decline of CCD sensor usage is more evident with 73% of manufacturers and users employing CMOS technology, while the remaining 27% still use CCD. The study predicts that CCD usage will fall to 22% among manufacturers and 12% among users – a clear confirmation of recent forecasts and changes in the sensor market landscape. 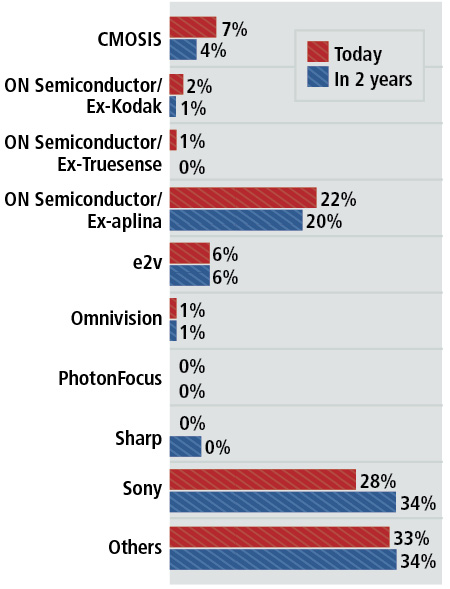 However, the sensor market is showing signs of stabilization. Sony remains the clear market leader with 49% of users, and lost only 4 percentage points compared with 2016. ON Semiconductor’s share changed little at 30%, and the projected 175% growth over last year in customized sensors, increasing their market share to 11%, has been achieved. At 9%, CMOSIS still plays a significant role for users in a clearly segmented sensor market.

Although the percentage of manufacturers still using Sony is similar to last year at 28%, in-house development is a serious threat to traditional suppliers. According to manufacturers, 33% of their cameras are currently using customized sensors. ON Semiconductor has a 25% market share, almost bringing it level with Sony. Meanwhile, CMOSIS, holds on to its 7% market share.

It is clear that camera manufacturers desire themselves to be far more independent of major suppliers and their potential limitations. Customized sensors allow manufacturers to respond more effectively to individual customer requirements, and those requirements for specific embedded vision components.

When it comes to data interfaces for imaging systems, GigE Vision is the most accepted transmission standard among manufacturers and users, at 27% and 26%, respectively. FireWire and CoaxPress gained ground compared against the 2016 poll, but this might be a result of a different respondent mix in this year’s study. 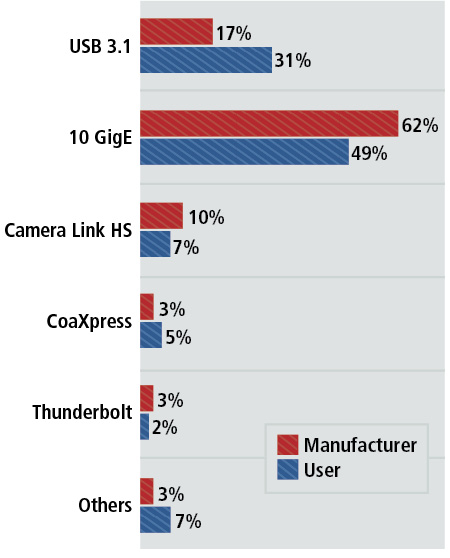 Among users and manufacturers, 10GigE is the likely choice for quickly transmitting high data volumes followed by USB 3, and Camera Link HS.

For high-speed interfaces, 48% of users and 62% of manufacturers agree that 10GigE is going to be used to quickly transmit high data volumes in the near term. The ongoing development of the GigE Vision standard predicts a simple upgrade and straightforward connectivity, without additional components.

Frame grabbers, despite a decrease of about 10%, retain their position and their justification for specific applications: more than a fifth (+20%) of both manufacturers and users employ them and plan to continue into 2019.