ViiM is a free software development kit (SDK) available from CoVii for 3-D sensor technology and is built on OpenNI. 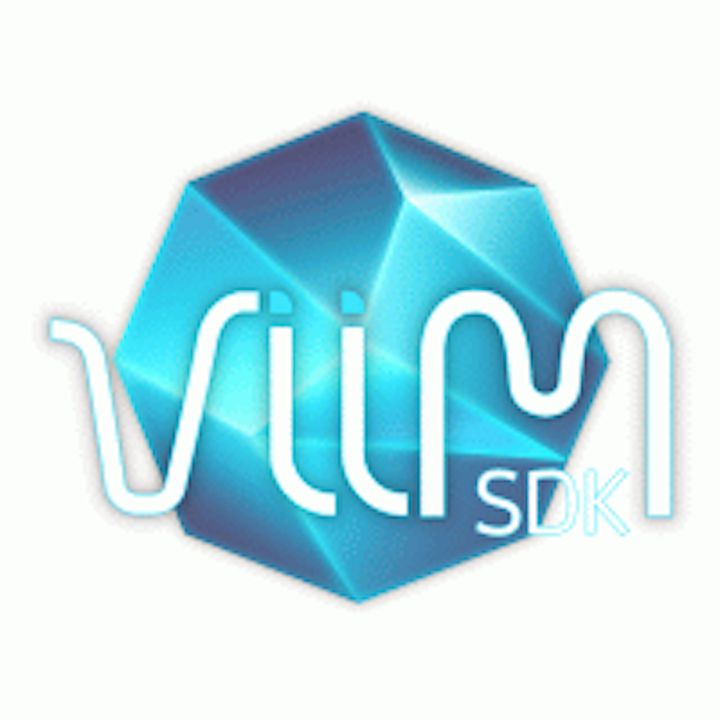 ViiM is a free software development kit (SDK) for 3-D sensor technology built on OpenNI, providing all its functionalities while adding new features. Its middleware handles all of the software architecture and processing routines, running silently in the background, allowing developers of various skill levels to focus on the creation of interactive applications that include skeleton tracking and gesture recognition. ViiM recognizes 14 gestures, ranging from basic wave to more complex motions such as double-click or backspace. The software can track up to 15 skeletons and not only detects the skeleton but can calculate joint positions, rotation angles, matrices, and quaternions. Other processing units are user segmentation, distinguishing users from static background and detecting multiple users with ID differentiation; user cropping that removes static background from the scene; and optical flow, which detects the amount of movement on the scene, computing the velocity vector.
CoVii
Vila Nova de Gaia, Portugal

ViiM is a software development kit (SDK) for the 3D sensors technology built on top of OpenNI(r), providing all its functionalities, adding new high-level features.

ViiM’s middleware takes care of all the software architecture and processing routines, running silently in the background, allowing developers, from novice to expert, to focus all their attention solely on the creation of interactive applications.

ViiM is a revolutionary tool because it offers developers a suit of high-level processing methods, unavailable until now on the market or only existing in separate tools.

For instance most SDKs available on the market have gesture recognition or skeleton tracking thought for specific purposes. ViiM not only offers both features for all kind of applications but also offers many more advanced features.

ViiM already recognizes 14 gestures, ranging from basic wave to more complex ones, such as double click or backspace. Regarding skeleton tracking ViiM can track up to 15 skeletons and not only does the detection of the skeleton itself but can also calculate joints positions, rotation angles, matrixes and quaternions.

The other processing units are user segmentation, distinguishing users from static background and detecting multiple users with ID differentiation; user cropping that removes the static background from the scene and optical flow which detects the amount of movement on the scene, computing the velocity vector.

ViiM SDK opens a whole new world of possibilities to easily create NUI applications and integrate them into different graphic engines (based on OpenGL or DirectX).

By combining ViiM’s units, developers have the power to create more and more fantastic optimized applications no matter the business area or purpose.

One of ViiM’s major advantage is the simplistic architecture.

Imagine two layers, the first layer being the kernel, which manages the communications to the 3D sensor and all the complex procedures by itself to simplify developers’ tasks.

The second layer provides access to the non-processed data, such as the raw image or the distance of a given point to the 3D sensor, and process data through ViiM’s units with specific tasks, like skeleton tracking or gesture recognition.

ViiM’s architecture still allows developers to create their own units easily integrated with ViiM while taking advantage of all features.

To simplify the creation of applications using ViiM SDK, CoVii offers many samples with source code, tutorials and FAQs available at ViiM wiki: wiki.viim.pt and also through ViiM SDK googlegroups.

CoVii’s team will help developers from installation to programming and will be mindful to the group’s feedback focusing on the developers needs in a new release.

Additionally CoVii is working in new features as bindings for C#, Java and ActionScript, ARM architecture and multi-sensor support.

ViiM SDK trial can be download at www.viim.pt for free, including all features with the only exception being that the created interactive applications will only run for a 4 minute maximum, each time.

The commercial version of ViiM SDK will be available for the price of 119€.

Note: CoVii has already done some lab experiments with ViiM SDK, such as an application to play “Angry Birds” online with gestures: http://youtu.be/sOASAXO_Gno

CoVii is a computer vision company that privileges the human-machine interaction. Totally committed to research and development, CoVii's aims are to massify interactivity and make computer vision technologies more efficient.
CoVii develops software, libraries and applications for 3D sensors, interactive systems which can be used in different surfaces (walls, floors, screens or storefronts) with innovative characteristics such as immersion in a virtual world and multi touch platforms with unlimited interactions and objects recognition.

CoVii is a PrimeSense partner in computer vision software and has the know-how to develop solutions for the needs of the more demanding and highly innovative customers.