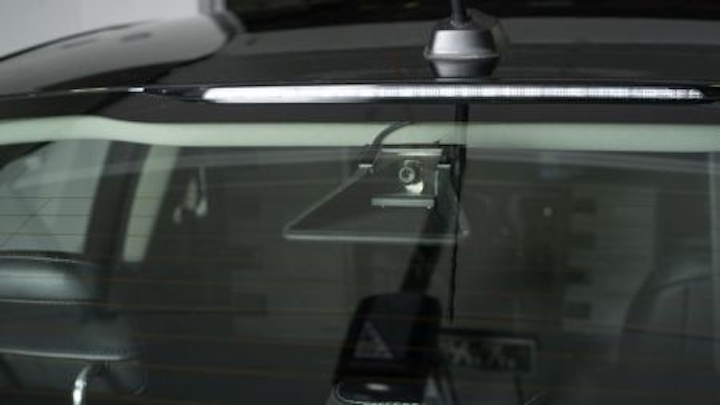 Mobileye—an Intel company—last year released the RSS model to help deliver a safe driving solution for autonomous vehicles. Last year at the World Knowledge Forum in Seoul, South Korea,Amnon Shashua, Mobileye CEO and Intel senior vice president, described the mathematical formula developed by Mobileye as one that ensures that a "self-driving vehicle operates in a responsible manner and does not cause accidents for which it can be blamed."

Shashua and colleague Shai Shalev-Shwartz developed the formula, which "formulizes human notions of safe driving into a verifiable model with logically provable rules, defines appropriate responses, and ensures that only safe decisions are made by the automated vehicle and that the automated vehicle will do everything it can to avoid being involved in unsafe situations initiated by others."

Mobileye’s RSS formulas will be integrated into the existing safety model (known as "DPS") of Baidu’s Apollo Pilot, which is the company’s deployment version of Project Apollo and is being developed for multiple Chinese OEMs. Project Apollo is designed to be an be "an open, secure and reliable self-driving ecosystem" that can help members of the autonomous driving industry quickly build their own complete autonomous vehicle systems. It has enlisted 116 global partners since its launch a year ago, according to Intel.

Baidu and Mobileye will collaborate on the verification of RSS’s formal model to the unique driving styles and road situations of the China market and will jointly publish updates to the RSS model as this work results in new discoveries.

"At Mobileye, safety assurance of automated vehicles is one of the most important issues facing the AV industry, and we are pleased Baidu has agreed to join us in this effort to deliver verifiable safety of AV decision-making into the China market," said Jack Weast, chief systems architect for Intel’s Autonomous Driving Program.

In May, Intel and Mobileye began testing its autonomous vehicle fleet inJerusalem, demonstrating the capabilities of its technology and safety model.In the testing, the cars are demonstrating the power of the Mobileye software approach and technology, to prove that the RSS model increases safety, and to integrate key learnings to products and customer projects, according to Shashua.

The key differentiator in the system launched by Intel and Mobileye, according to Shashua, is the fact that they have targeted a vehicle that "gets from point A to point B faster, smoother and less expensively than a human-driven vehicle; can operate in any geography; and achieves a verifiable, transparent 1,000 times safety improvement over a human-driven vehicle without the need for billions of miles of validation testing on public roads.">>> View more information on the testing here.

View an Intel press release on the Baidu collaboration here.