In the not-so-distant future, Terminator-like robots may be assisting with disaster-response efforts like cleaning up and searching for survivors after natural disasters, in addition to other human tasks. 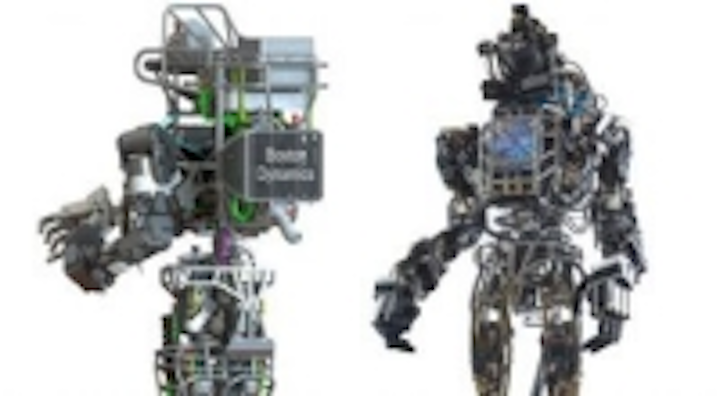 In the not-so-distant future,Terminator-like robots may be assisting with disaster-response efforts like cleaning up and searching for survivors after natural disasters, in addition to other human tasks. ATLAS is a humanoid robot with functioning limbs and hands that was built by Boston Dynamics for the Defense Advanced Research Projects Agency (DARPA). The robot features a head-mounted MultiSense-SL3D data sensor package with LIDAR, and stereo cameras so users controlling Atlas can see what the robot sees. It also features an on-board real time control computer, and near human anthropometry with 28 hydraulically-actuated joints. DARPA is holding a competition, the DARPA Robotics Challenge, in which teams in the B/C track compete to earn the chance to further develop the robot, according to Extreme Tech. (Teams in the A track are developing their own robots.) The teams that finish in the top six each receive an ATLAS robot and funding from DARPA for the second round, which takes place in December 2013. DARPA was able to allocate additional funding for three teams, however, after the Jet Propulsion Laboratory team decided to merge its Atlas effort with its existing DARPA Track A effort and offer the bulk of the resources to the other teams.

The current Atlas is a “shell” and these teams will compete to provide the robot with a brain. Each team will each load up their Atlas robot with its software and compete in a series of disaster response trials in December 2013. Following round two, top finishers will receive continued DARPA funding and will compete in the DARPA Robotics Challenge Finals. The winner of the finals receives $2 million from DARPA and more than likely, a contract for the commercial production of Atlas. Thegoal of the Atlas robot was to spur the development of a robot that can remove humans from dangerous areas to allow issues to be mitigated from a safe location.