Equipped with powerful wide-angle cameras with CCD image sensors, NASA's Cassini spacecraft captured an image of Earth as it appears from Saturn. 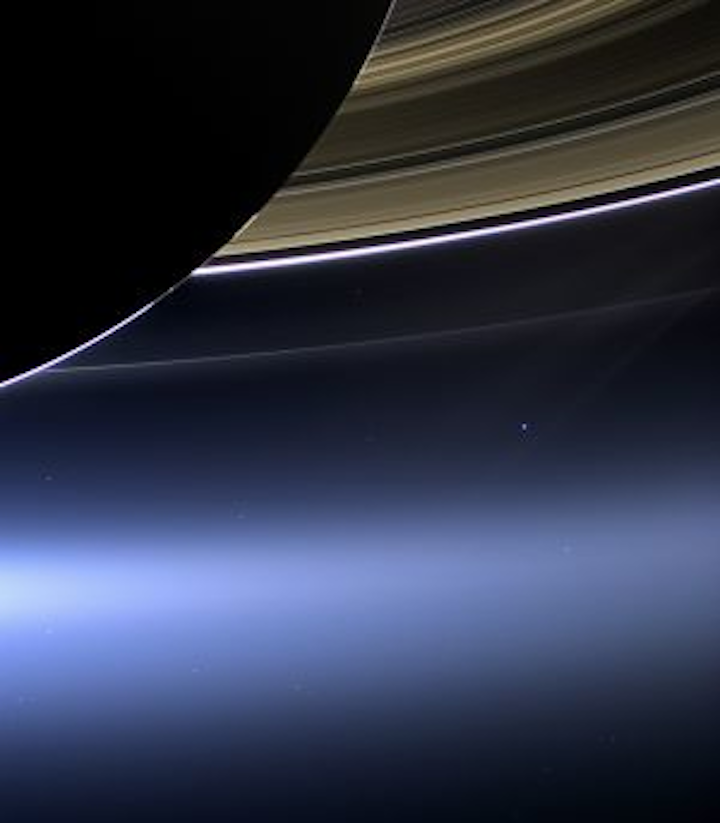 In astunning image of Saturn and its ring system taken by cameras on NASA’s Cassini spacecraft, Earth appears as little more than a small blue dot in the distance.

Taken just four days ago on July 19, the image captured Saturn’s rings and Earth and its moon—which are 898 million miles or 1.45 billion kilometers away in the image—in the same view. The image is one footprint in a mosaic of 33 footprints covering the entire Saturn ring system and the planet itself. Each footprint contains images taken in different spectral images for a total of 323 images, according toNASA.

Wide-angle cameras, which are part of theImaging Science Subsystem on the Cassini spacecraft, were used to capture the images. The cameras contained a CCDimage sensor that consists of a 1,024 square array of pixels, each 12 µm on a side, a focal length of 200mm, and a field of view of 3.5°. In addition, the camera’s data system allows for on-chip summing and data compression and its two filter wheels, each of which has nine filters, allows for the camera to capture images at specific wavelengths of light.

Cassini’s image represents only the third time the Earth has been imaged from the outer solar system. The location from which the image was taken was approximately 753,000 miles (1.21 million kilometers) from Saturn. In about six weeks, NASA will release the mosaic of all the images, according toCBS News.

The cameras and the Cassini orbiter were designed, developed, and assembled at NASA’s Jet Propulsion Laboratory in Pasadena, Calif., and the imaging operations center is based at the Space Science Institute in Boulder, Colo. Cassini launched in 1997 and will continue to orbit Saturn until 2017, when it will self-destruct by descending into Saturn.