Scientists from the Skolkovo Institute of Science and Technology (Skoltech) have utilized computer vision and machine learning technologies to predict and increase in plant biomass. 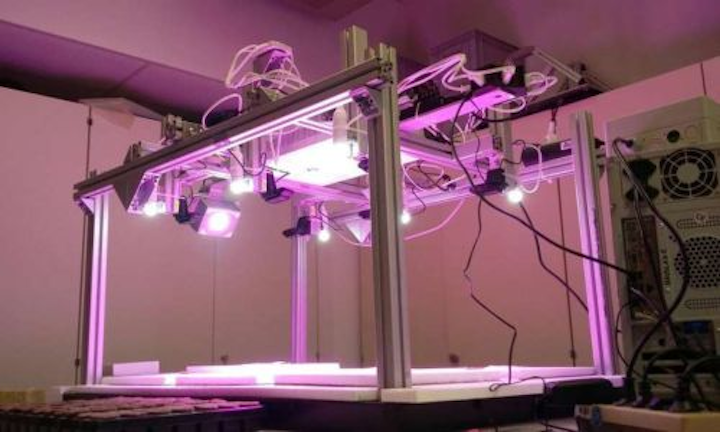 Scientists from the Skolkovo Institute of Science and Technology (Skoltech) have utilized computer vision and machine learning technologies to predict and increase in plant biomass.

Pervasive agriculture research, suggests Skoltech, has become increasingly relevant as the human population grows. By utilizing advanced technology such as computer vision and machine learning, scientists can predict plant growth in an artificial environment, which will ultimately help improve the efficiency of precision farming, both on Earth and in Space, according to Skoltech.

A group of scientists comprising three Skoltech professors ‒ Rupert Gerzer, Tatiana Podladchikova and Andrey Somov and Skoltech PhD student Dmitry Shadrin, developed this new method. The first step involved collecting statistics by measuring plant growth in an artificial soilless system using a 3D camera and establishing a relationship between the increase in total biomass and the expansion of the total surface area of the leaves. From there, the team capturing the increase in the total leaf area using a 2D camera and built a dynamic plant growth model based on these measurements.

The key distinguishing feature of the new method is that data is collected using both 2D and 3D cameras—an approach that removes the need for multi-parameter calculations. The leaf area and plant biomass data, coupled with an efficient mathematical model, produced accurate results, according to the team.

The experiment was conducted using a specially designed automated system with artificial growth capability, the 2D and 3D cameras, and environmental sensors. The system uses machine learning algorithms to model plant growth and predict its dynamics. More than 10,000 images were processed during the experiment, which laid the groundwork for the plant growth optimization project that is currently underway in a high-tech experimental greenhouse farm on Michurinsk State Agrarian University.

"The key strength of our method is that it’s enough to get 3D images of each plant species only once. Then you can predict the biomass growth in greenhouses using the simplest cameras. This helps create much simpler and cheaper prediction, monitoring and optimization systems for greenhouses and artificial life support systems," says the main author of the study Dmitry Shadrin.

"Observation and experiment are the pillars of our knowledge about the world. Skoltech PhD student Dmitry Shadrin completed a unique soilless cultivation experiment with tomatoes and lettuce. The new findings made in this experiment and the efficient data analysis and biomass growth prediction methods make a valuable contribution to the development of autonomous life support systems for use in space and on Earth," she explained.