In this week’s roundup from the Association for Unmanned Vehicle Systems International, which highlights some of the latest news and headlines in unmanned vehicles and robotics, drones inspect San Francisco's tallest building, Canada deploys an autonomous snowplow for airports, and a new automotive-grade camera and vision system prepares to hit the marketplace. 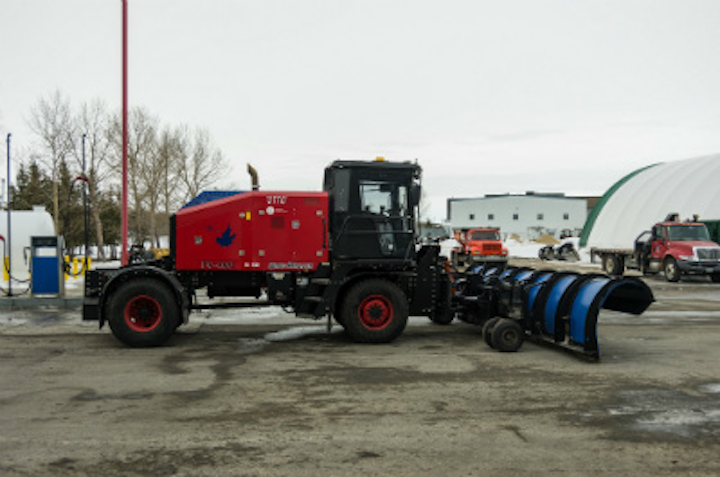 In this week’s roundup from the Association for Unmanned Vehicle Systems International, which highlights some of the latest news and headlines in unmanned vehicles and robotics, drones inspect San Francisco's tallest building, Canada deploys an autonomous snowplow for airports, and a new automotive-grade camera and vision system prepares to hit the marketplace.

The UAS inspection was completed over two weekends in October, which is far shorter than the traditional methods that would have taken 400 to 500 hours over four to five months.

The inspection was completed using drone software created by SiteAware, which is a company headquartered in Tel Aviv that builds software that automates the UAS flights and digitally scans building photos to identify where potential problem areas are.

“We thought the technology was cutting edge. It’s much more efficient than having a window washing rig lowered down the building since the photography is just as good.”

SiteAware worked with a Corte Madera operations company called DroneHive to complete the Salesforce Tower inspection. Sidewalks were closed off during the inspection, and the UAS flew in the morning to avoid winds. 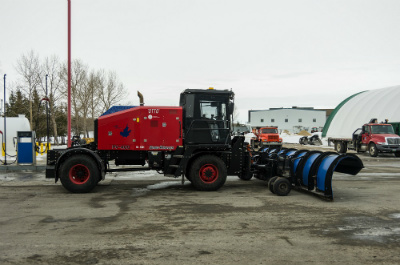 Equipped with 3D LIDAR and RADAR, Otto can sense its surroundings and detect obstacles. For added safety, Otto is also equipped with a fault tolerant wireless emergency stop system.

“Our success is a direct result of bringing together partners who are committed to lead transportation innovation and growth.”

TuSimple has developed a proprietary automotive-grade camera and vision system that will be deployed on its autonomous customer fleet by Q3 2019.

Expected to go into volume production in Q2 2019, the system offers “enhanced reliability of autonomous operation,” according to TuSimple. The company adds that the system is a necessary step in its goal of commercializing the first driverless truck.

“Bringing reliable nighttime and low light operation to current perception systems in the market is an important step in the viability of autonomous driving, which is a strategic focus for us,” says Tsutomu Haruta, Automotive Business Division Deputy SGM, Sony Semiconductor Solutions Corporation.

“We're pleased that TuSimple, the leading self-driving truck company appreciates the cutting-edge technology that Sony is known for.”

Utilizing Sony Semiconductor Solutions Corporation's automotive CMOS image sensor, TuSimple has created a set of camera systems for short, medium and long range that use TuSimple's software to detect and process sharp images in real-time as far as 1,000 meters away.

The system helps address difficult imaging challenges such as instant light changes when entering and exiting tunnels, flaring during sunrise and sunset, and headlight glare, and it can also handle the LED flicker created by digital signage and traffic lights.

“The combined expertise of Sony Semiconductor Solutions Corporation and TuSimple has created a perception system that sees better than the human eye – night and day, rain or shine — in the most challenging driving conditions,” says Dr. Xiaodi Hou, founder, president and chief technology officer, TuSimple.

TuSimple points out that the new camera system is designed to Automotive Safety Integrity Level (ASIL)-C, which, the company notes, is important for the validation of safety-related electronic systems that must be highly reliable in specific driving conditions as outlined in the ISO 26262 Functional Safety standard.

As the system integrator, Sunny Optics will not only test the product and module, but also develop and manufacture the automotive-grade product.