This week’s article from the Association for Unmanned Vehicle Systems International (AUVSI), which highlights some of the latest news and headlines in unmanned vehicles and robotics, covers a UAS used to detect mines, a new DARPA-funded UAS that BAE Systems will develop for battlefield situations and mission needs, and a beyond visual line of sight drone used for pipeline inspection.

This week’s article from the Association for Unmanned Vehicle Systems International (AUVSI), which highlights some of the latest news and headlines in unmanned vehicles and robotics, covers a UAS used to detect mines, a new DARPA-funded UAS that BAE Systems will develop for battlefield situations and mission needs, and a beyond visual line of sight drone used for pipeline inspection. 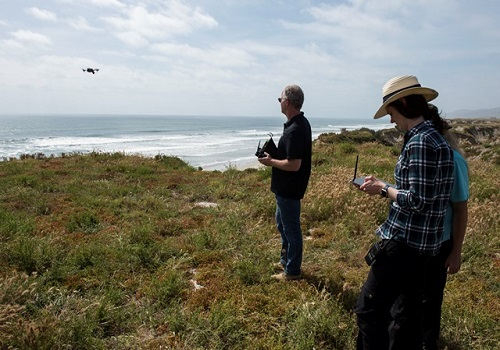 A recent technology demonstration at Marine Corps Base Camp Pendleton tested the new Mine Warfare Rapid Assessment Capability (MIW RAC) system, which is a portable, remote-controlled system that uses a UAS to detect buried and submerged mines.

MIW RAC, which is sponsored by the Office of Naval Research’s (ONR) TechSolutions program, includes a tablet device, and a one-pound quadcopter UAS, which is equipped with "an ultra-sensitive magnetometer sensor system," that allows the UAS to detect mines, and provide real-time search data to a handheld Android device.

MIW RAC also includes its "proprietary magnetometer sensor suite," which not only has an extensive detection range, but it can also differentiate between several types of objects thanks to using complex algorithms.

According to ONR Command Master Chief Matt Matteson, this system could be a huge help to military personnel in the field.

"This technology will help Sailors and Marines who are approaching a beachfront to rapidly clear, or at least determine the location of, mines or other hazards that are in their way," Matteson says. "It could potentially save a lot of lives."

Oelrich is overseeing the development of MIW RAC.

Under two contracts with the Defense Advanced Research Projects Agency (DARPA), which have a combined worth of $5.4 million, engineers from BAE Systems will develop technology that gives compact UAS the ability to conduct multiple mission tasks with "single, multifunction payloads that can adapt to changing battlefield situations and mission needs in real-time."

Eliminating the need for physical payload changes, the converged systems will be able to switch between "intelligence, surveillance, and reconnaissance; command and control; networking; and combat operations support missions."

To ensure that all missions can be accomplished from the same components, engineers from BAE Systems will focus on maximizing the RF capabilities of the hardware. The engineers are also developing a flexible, virtual RF processing engine, which can be refigured to swiftly support operating modes that are diverse and simultaneou 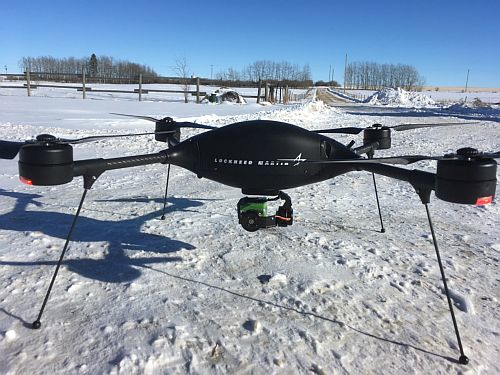 In partnership with Canadian UAVs, the inspection took place at the Foremost Testing Range in Alberta, Canada. According to Lockheed, Indago operators are approved for routine access to Canadian airspace, thanks to the UAS being one of the few unmanned systems deemed Transport Canada Compliant"

“This flight achievement is a bellwether for Canadian UAVs, Lockheed Martin and Foremost Test Range, and showcases the leadership provided by Unmanned Systems Canada and Transport Canada for the safe use of unmanned systems in Canadian airspac",” says John Molberg, business development lead for Lockheed Martin CDL Systems.

The Indago is equipped with a powerful camera, and thanks to the camera’s 30x optical zoom and enhanced digital zoom, it is capable of capturing high resolution inspection images and video.

The five-pound Indago UAS has an approximate endurance of 45 minutes.

When operated using its handheld controller, the Indago can achieve ranges of up to five kilometers. Using directional communications devices, that range can be extended past 10 kilometers.