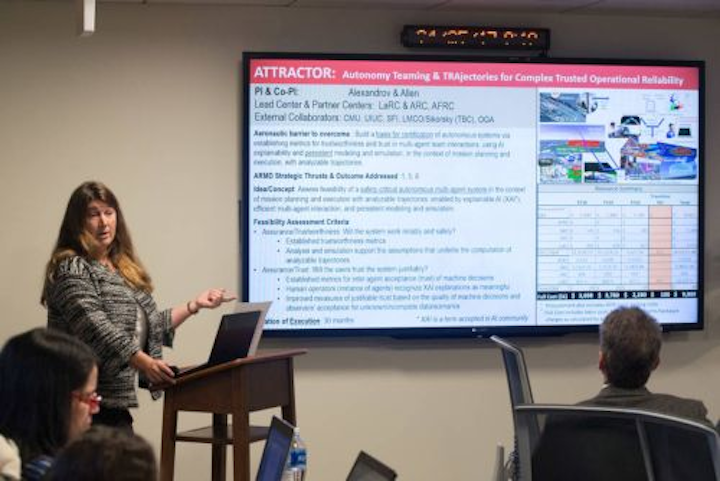 The three investigations are expected to take between 24 and 30 months to complete.

"Our idea is to invest a very modest amount of time and money into new technologies that are ambitious and potentially transformative," said Richard Barhydt, NASA’s acting director of the Transformative Aeronautics Concepts Program (TACP). "They may or may not work, but we won’t know unless we try."

The first study aims to develop autonomy-enabling algorithms that will “lay a foundation for establishing justifiable confidence in machine decisions and, ultimately, lead to certification of autonomous systems.” The second study will focus on developing new methods and technologies for a remotely-piloted drone to make sure it is structurally and mechanically sound, and that all its onboard systems have not been damaged or hacked in some way, before each flight.

Lastly, the third study aims to use quantum computing and communication technology to build a secure and jam-free network capable of accommodating hundreds of thousands of drones flying each day, with the idea here being that quantum computers may be able to solve certain problems in a few days that would take millions of years on the average computer.

Pictured: Principal investigators Natalia Alexandrov and Danette Allen make the pitch to a group of NASA aeronautics managers for their team’s study, ATTRACTOR, which will explore how to embed reliability into algorithms that are used over time to inform autonomous systems in aviation. Credits: NASA/Andrew Carlsen