In this week’s roundup from the Association for Unmanned Vehicle Systems International (AUVSI), which highlights some of the latest news and headlines in unmanned vehicles and robotics, learn about NASA’s role in the testing and development of unmanned traffic management (UTM) systems, as well as a demonstration of a new large military UAS in Australia.

In this week’s roundup from the Association for Unmanned Vehicle Systems International(AUVSI), which highlights some of the latest news and headlines in unmanned vehicles and robotics,learn about NASA’s role in the testing and development of unmanned traffic management (UTM) systems, as well as a demonstration of a new large military UAS in Australia. 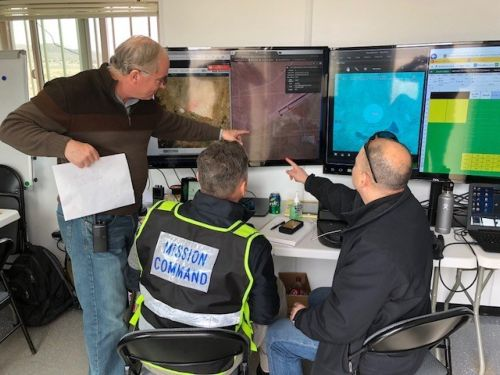 Testing focused on airspace management technologies that will enable the safe integration of UAS into the National Airspace System (NAS).

During testing, NASA provided a Flight Information Management System (FIMS) research platform. The platform will serve as a future prototype system for the FAA to use to coordinate with Unmanned Service Supplier's (USS) operating throughout the U.S.

Some of the research areas of emphasis during testing included UAS ground control interfacing to locally manage operations, data exchange and BVLOS architecture.

"This pioneering work with NASA and the FAA offers further proof that if it is happening in the UAS industry, it is happening here in Nevada," says Nevada Governor's Office of Economic Development (GOED) Executive Director Paul Anderson.

"With the entire state designated by the FAA as one of only seven UAS test sites in the United States, the role Nevada plays in advancing this life-changing and life-saving technology is truly unique and the experience and expertise located here is unmatched."

On media day, a team from the Reno Fire Department simulated an incident with a victim experiencing severe blood loss and who needed an immediate transfusion. A multi-rotor UAS from Drone America was equipped with a container that held an actual packet of blood to be transported via UAS to Nevada.

Despite high winds and frigid temperatures, the UAS successfully landed in the designated landing area, allowing the firefighters to retrieve the blood packet and begin the faux-transfusion.

"The State of Nevada will be known for its significant contribution in this journey through its pioneering work with the FAA, NASA and private partners like ourselves, facilitating safe and effective integration into National Airspace," says Mike Richards, President and CEO of Drone America.

The partners demonstrated UAS flight capability, and they also tested UAS traffic mapping, sensor and radar technology; all of which were connected through a NASA UAS Service Supplier (USS) network to NASA Ames.

"Our Nevada Teammates did an amazing job working together to successfully complete the first series of major testing for NASA's TCL 3 Campaign," says Dr. Chris Walach, the Senior Director of NIAS and the FAA-designated Nevada UAS Test Site.

Thales says that with the ongoing support of federal, state and local government officials, and economic development organizations, it will create jobs in New York through the agreement.

​Thanks to this framework agreement, Thales can engage with NASA on a technical and program level to continue to establish UTM in the U.S. This agreement also allows Thales to utilize its global expertise in UTM, as the company will support NASA’s goal to develop a UTM concept that can be transferred to the FAA next year for deployment in the national airspace system (NAS).

Under this agreement, Thales will work with NASA for the research, development, testing and evaluation of low-altitude airspace control of UAS operating at or below 400 feet. Thales will interact with industry and government stakeholders to share expertise, concepts and perspectives on the integration of unmanned systems, in an effort to support NASA’s milestones for developing UTM. The agreement also includes additional cooperation with existing Technology Capability Level activities that NASA is conducting.

Thales is already working with other NASA partners at the FAA’s New York Test Site at Griffiss International Airport in Rome, New York. The company will be deploying technologies in support of NASA initiatives.

In addition, Thales continues to work with the FAA on the Low Altitude Authorization and Notification Capability (LAANC) program for small UAS integration.

Throughout its engagement with NASA and its network of UTM partners, Thales plans to lean on its preexisting expertise of UTM. This expertise includes Thales’ current initiative of developing a secure and flexible UTM system based on the ECOsystem digital aviation platform. ECOsystem uses Thales capabilities in big data, cyber security, artificial intelligence and connectivity to provide "decision support for air traffic management stakeholders for manned and unmanned operations." 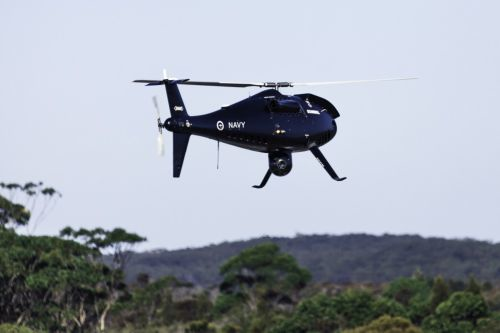 As part of its customer acceptance program with the Royal Australian Navy (RAN), Schiebel successfully demonstrated the heavy fuel variant of its Camcopter S-100 UAS.

Schiebel says that in a comprehensive series of tests, the JP-5 (NATO F-44) heavy fuel powered Camcopter S-100, equipped with a "Wescam MX-10S payload," and at operational ranges of up to 60 nautical miles as well as altitudes above 10,000 feet, showcased its ability to deliver world-class imagery to commanders.

"The heavy fuel variant of the S-100 has performed very well during the validation and verification program and the RAN looks forward to utilizing this platform to achieve NMP1942 project objectives over the coming years," says RAN Contract Manager Kevin Beare.

Under the directive of the Navy Minor Project (NMP) 1942 to procure a "vertical takeoff and landing Maritime Tactical Unmanned Aircraft System – Interim Capability (MTUASIC)," RAN searched for a platform for shipborne intelligence, surveillance and reconnaissance (ISR).

The Camcopter S-100 UAS was selected thanks in large part because of its maturity and demonstrated capability.

"The S-100 will prove to be an effective asset in enhancing the Navy’s ISR capabilities," says Hans Georg Schiebel, Chairman of the Schiebel Group.

"We are excited about the positive feedback we are receiving from RAN and are looking forward to continued cooperation in the future."