UAS in Africa: From blood and medical supply delivery to combating poaching

In this week’s roundup from the Association for Unmanned Vehicle Systems International (AUVSI), which highlights some of the latest news and headlines in unmanned vehicles and robotics, learn about how unmanned aerial systems are being used in Africa for things such as the delivery of blood and HIV test kits, combatting poaching, and augmenting safaris. Additionally, learn more a UAS that will be used to perform beyond visual line of sight operations for agricultural imaging, and a partnership that seeks to use UAS for water utility operations.

In this week’s roundup from the Association for Unmanned Vehicle Systems International(AUVSI), which highlights some of the latest news and headlines in unmanned vehicles and robotics,learn about how unmanned aerial systems are being used in Africa for things such as the delivery of blood and HIV test kits, combatting poaching, and augmenting safaris. Additionally, learn more a UAS that will be used to perform beyond visual line of sight operations for agricultural imaging, and a partnership that seeks to use UAS for water utility operations.

UAS are being used across Africa to tackle some of the continent's current challenges.

UAS are also being used for other tasks such as combatting poaching, and to augment safaris.

Al Jazeera spoke to several people that are pioneering UAS usage in Africa, including a spokesperson from Zipline, the company that is delivering blood to hospitals and blood transfusion centers across Rwanda using special delivery UAS.

Lastly, Al Jazeera spoke to the director of the Nigerian Natural History Museum. In Nigeria, UAS are being used to gather aerial information to help archeologists uncover Nigeria's past. 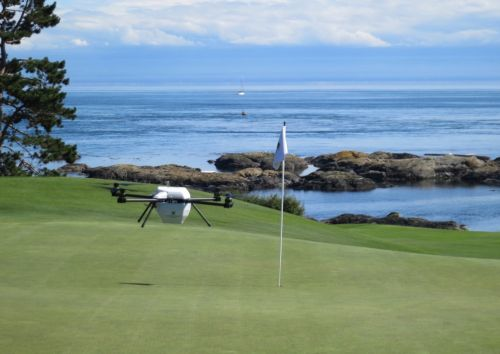 UAS services and agricultural intelligence provider GreenSight Agronomics has announced that on Dec. 15 of last year, it was granted a waiver from the FAA to operate its UAS beyond visual line of sight (BVLOS).

With this waiver, GreenSight, which provides daily monitoring services at top-5 agrochemical company test sites, golf courses, and farms, will be able to operate its UAS remotely from its Boston command center. The waiver still requires a local visual observer, though.

GreenSight, which says that it is just the ninth company to obtain a BVLOS waiver from the FAA, will use this waiver to begin testing BVLOS operations at a customer site.

"This waiver is a first step in reducing the overhead of obtaining this information from our drones, letting our customers focus on their properties."

In order to obtain this waiver, GreenSight had to have its application and supporting documentation for the waiver reviewed by the FAA, to make sure that they were in compliance with the CFR 107.200 regulations. The company outlined the risks and mitigation associated with the operations, and was granted the waiver towards the end of 2017.

According to GreenSight, its proprietary UAS "has racked up impressive reliability numbers," accumulating more than 500 hours in the air with no incidents.

In limited release for last year, GreenSight captured more than 100,000 acres of imagery at customer locations in the US, Canada and Europe.

Peverill says, "our customers have been very open to obtaining FAA remote pilot certificates to operate our systems on their properties, but as we expand operations in 2018 we continue to execute our development roadmap towards fully unattended operations."

Founded in 2015, GreenSight is developing the next generation agricultural intelligence platform. The company says that it delivers "actionable alerts" on soil moisture, pest stress, and nutrient deficiency to land managers, thanks to the combination of autonomy, custom sensors, and machine learning based data analytics technology. 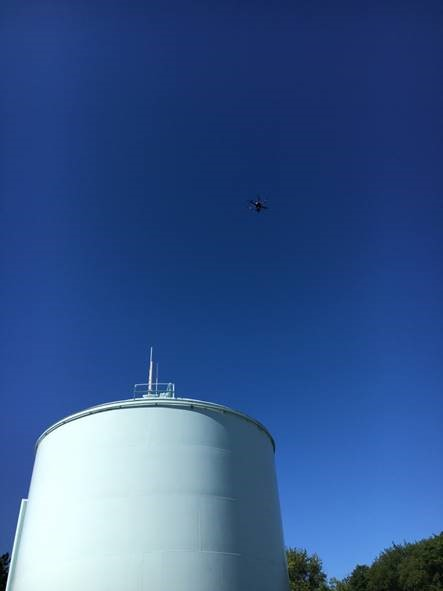 SUEZ in North America, which is under Paris-based parent company SUEZ, has partnered with UAS service provider Sky Scape Industries (SSI) in what the companies call an industry first, as they look toimplement UAS technology into water utility operations.

SUEZ North America owns and operates 15 water utilities, and operates 70 municipal systems through public-private partnerships and contract partnerships. With this in mind, the companies say that this partnership will "incorporate safe and efficient drone technology solutions into the maintenance and construction of one of the country’s most valuable utilities."

"The relationship between Sky Scape and SUEZ will ultimately result in safer, greener, and more efficient operations for SUEZ and we look forward to diving into more applications for sUAS technology," says Nate Ernst, President, Sky Scape.

Eric Gernath, CEO, SUEZ North America, says, "we strive to be innovative. Working with Sky Scape will help push our vision further and we are excited to begin utilizing the power of this valuable technology."

Back in December 2017, SUEZ and SSI announced that the first small UAS use-case was executed with SUEZ, as SSI conducted a complete surface inspection of an elevated, multi-leg, 1 million-gallon, water tank. This tank was designated by SUEZ and SSI for an initial use-case to get better insight on how UAS technology will work, as well as coming up with "better, preventative maintenance, schedules for inspections."

Thanks to advanced flight planning and innovative data processing, SSI was able to safely and accurately inspect the tank, and deliver final analysis in less than half the time of traditional methods.

By using UAS, Sky Scape’s mission planning streamlined the data acquisition portion of the inspection by collecting 472 images, covering 100 percent of the tank’s surface and support legs in a total time of just two and a half hours.

While incorporating UAS technology in the water industry is considered "unorthodox by most," according to the companies, they say that this technology "fits seamlessly with SUEZ’ strategy goals." Ultimately, the first small UAS use-case announced in December 2017 showed the value that this technology could have when incorporated into a "relatively old-world industry."

​According to David Stanton, president of SUEZ in North America’s Utility Operations and Federal Services, using UAS for these types of tasks provides plenty of benefits.

"Drones help us accomplish vital tasks to perform our core functions," Stanton says. "If this method is a safer, more efficient, and environmentally friendly way to perform a task than there is no question, we must do it."