In this week’s roundup from the Association for Unmanned Vehicle Systems International (AUVSI), which highlights some of the latest news and headlines in unmanned vehicles and robotics, learn about an unmanned aerial system (UAS) first in Germany, UAS natural disaster relief in Texas, and a new UAS broadcast system for positioning and unique ID.

In this week’s roundup from theAssociation for Unmanned Vehicle Systems International(AUVSI), which highlights some of the latest news and headlines in unmanned vehicles and robotics,learn about an unmanned aerial system (UAS) first in Germany, UAS natural disaster relief in Texas, and a new UAS broadcast system for positioning and unique ID. 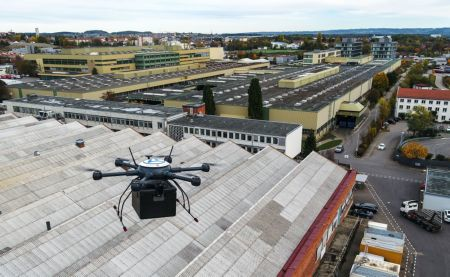 The company recently began using a prototype UAS to fly spare parts such as sensors or control cards from the central warehouse to workshops.

According to ZF, once it has completed test flights and the UAS are properly deployed, these flights will relieve vehicle traffic at the plant, ultimately saving time on the up to one-kilometer-long delivery routes that are often on the upper floors of buildings.

ZF adds that in the long term, the UAS could be used to deliver packages outside of factory premises. An example of this would be to facilitate package delivery in hard-to-access residential areas.

"With approvals for automated drone flights from the Stuttgart Regional Administrative Authority and the German Air Traffic Control DFS, we can accelerate logistics processes in the plant and at the same time strengthen our technological leadership position," explains Fredrik Staedtler, head of ZF’s Commercial Vehicle Technology division.

"With the drone, we are taking the transport chain to the next level."

A six-motor UAS is being used to conduct the flights. The UAS is capable of carrying up to five kilograms in weight by air (or three kilograms of goods after taking into account the grippers and transport box.) This capability is enough for the vast majority of spare parts and tools that need to be transported on ZF's premises.

ZF says that for safety purposes, the UAS primarily flies over the roofs of plant buildings. Only when there is no alternative does it cross driveways and sidewalks.

Additionally, the UAS can still maneuver even if one motor fails, thanks to being equipped with a rechargeable battery that is redundant just like the propellers and motors.

​Through the agreement, which was signed on Oct. 31 by Loyd Neal, county judge and emergency management director for Nueces County, the Nueces County Emergency Operations Center will have more support at its disposal when helping with response efforts in the county.

"Whether it’s another Hurricane Harvey or flooding because of rains in the watershed, with this agreement we will be able to help everyone get back on their feet and provide assistance when an emergency or disaster pops up," says Tye Payne, operations chief for LSUASC.

"This is a really big win, not just for the county and TAMU-CC but for all the people who live here."

With the agreement in place, Judge Neal can now call on LSUASC to provide UAS support anytime an emergency is declared. An example of when LSUASC might be called upon is when roads become too treacherous to traverse following events such as floods. In this instance, LSUASC support can be requested to send UAS to determine a safer route for responders.

Under the agreement, LSUASC will also be able to gather video data to evaluate and categorize the severity of damage to buildings and property, even before floodwaters recede.

Additionally, the agreement will allow LSUASC to request a temporary flight restriction from the FAA, to make sure that LSUASC UAS are the only aircraft flying in Nueces County airspace during times of emergency.

"This agreement is a great example of the University making a positive impact on the community by providing our unique services and expertise," comments Mike Sanders, acting executive director for LSUASC.

"I know this is the kind of partnership President Quintanilla encourages us to form. It’s a partnership that will have a real and lasting impact well beyond the University and the city."

LSUASC says that the agreement is for one year, and it will automatically be renewed annually for up to five years. 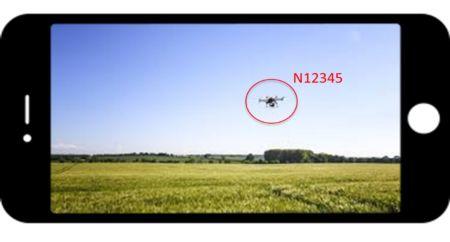 RelmaTech has introduced its Direct Broadcast platform, which the company says meets any future regulatory requirements forUAS to broadcast their position and unique ID, without relying on a communications network to carry that data.

Using WiFi-based technology, the Direct Broadcast platform creates a unique beacon on the UAS. Described as light-weight and low cost, Direct Broadcast is based on "proven, stable and robust technology with high volume availability," RelmaTech says.

RelmaTech also points out that a prototype version of the Direct Broadcast platform has been demonstrated to key individuals within the FAA UAS Integration Office and NASA UTM Research and Development Program.

"This is a broadcast mechanism, so no network attachment is required and latency, or broadcast delay, is near zero," explains Philip Hall, RelmaTech’s co-founder and CEO.

"The small onboard device broadcasts a specific set of telemetry data at a high refresh rate. Broadcast signals may be detected by a simple Android/iOS smartphone app or by other compatible direct broadcast modules, making it an ideal solution for local identification and tracking of UAS, especially by law enforcement officers and first responders."

RelmaTech notes that any required information, such as UAS location and ID, may be displayed on an augmented reality application, or on a moving map of the local area.

"We are currently working with partners to demonstrate this. That’s not only exciting for us, but also for the UAS industry overall."

RelmaTech says that the Direct Broadcast platform will be available soon as a standalone module (DBM). It will also be fully integrated into RelmaTech’s existing Secure Integrated Airspace Management (SIAM) system.

"With SIAM and the DBM, RelmaTech is now in a unique position to offer the global UAS industry practical, low cost and robust solutions to anticipated regulatory requirements for both network and broadcast UAS remote ID and tracking capabilities," Hall says.