In this week’s roundup from the Association for Unmanned Vehicle Systems International (AUVSI), which highlights some of the latest news and headlines in unmanned vehicles and robotics, learn about why Colorado has attracted the unmanned systems industry, a kite-like tethered drone system that has won the $1 million grand prize from Round II of the Genius NY accelerator, and a family of remotely-piloted aircraft that has reached the five million flight hour mark.

In this week’s roundup from the Association for Unmanned Vehicle Systems International(AUVSI), which highlights some of the latest news and headlines in unmanned vehicles and robotics,learn about why Colorado has attracted the unmanned systems industry, a kite-like tethered drone system that has won the $1 million grand prize from Round II of the Genius NY accelerator, and a family of remotely-piloted aircraft that has reached the five million flight hour mark. 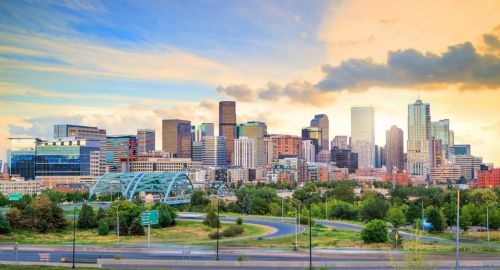 When Canada’s Aeryon Labs decided to set up a separate defense-focused company, so it could work with the U.S. military on unmanned systems programs, it quickly settled on Colorado — and specifically Denver — as home for the new Aeryon Defense, which just launched on Feb. 1.

Tom Jackson, a retired U.S. Marine Corps officer and AH-1W Super Cobra pilot who is the company’s vice president and general manager, was already in the area, as were other employees who formed the nucleus of the new venture.

Beyond that, however, the state and city offered some unique attributes. Colorado is very centrally located, so it’s easier for the company to support multiple time zones and for company officials to travel to defense facilities around the country.

And while many of the state’s big defense contractors set up shop in the suburbs of Denver, Aeryon Defense decided to dive right into the heart of it, opening its office just a few blocks from the convention center and right off the 16th Street Mall.

It doesn’t hurt that Aeryon is also able to tap into the academic environment, which includes the University of Colorado at Boulder and its powerhouse engineering program, and the Air Force Academy in nearby Colorado Springs.

It’s the same sort of vibe that drew AUVSI to host its annual conference and exhibition in Denver in 2010, and which is bringing it back with Xponential this year, April 30-May 3, at the Colorado Convention Center.

Colorado has been attempting to "push the needle" on unmanned systems and related technology for years now, says Ben Miller, director of the Colorado Center of Excellence for Advanced Technology Aerial Firefighting, who also previously worked for the Mesa County Sheriff’s Office to create their drone program.

There’s a lot of young growth in the industry, driven by the local universities. The University of Colorado, Boulder is home to the Research and Engineering Center for Unmanned Vehicles, or RECUV, a partnership of academia, government and industry dedicated to developing unmanned systems technology.

The University of Denver established the Unmanned Systems Research Institute, known as DU2SRI, back in 2012, which is primarily aimed at developing "the next generation of UAS that will be used for a wide spectrum of civil/public domain applications," according to its website.

The state had enough going on in the field that it put in a credible bid to get an FAA UAS Test Site, and although that didn’t work out, work on unmanned systems in the state has only increased.

AUVSI’s Rocky Mountain Chapter is based in the state, as is UAS Colorado, which grew out of the bid for the FAA UAS Test Site. Both are nonprofit advocacy organizations committed to promoting the industry in the state.

The state also established the Colorado Center of Excellence for Advanced Technology Aerial Firefighting, which is part of the Colorado Department of Public Safety. The center conducts research on drones related to firefighting and handles UAS for the whole department.

"From a state government perspective, we are really the lead," said Miller, who directs the center.

Gordon says Colorado is attracting unmanned systems and robotics companies because the state is helping promote them to grow the economy.

The state has identified high tech and defense as big potential drivers of its economy, he says, and it's important enough to the state that Colorado Gov. John Hickenlooper is addressing Xponential on the final day, when the theme is "unmanned systems for good."

Numerous unmanned systems-related companies call Colorado home, and nearly four dozen of them will be exhibiting at Xponential, ranging from Aerobotic Geophysical Systems LLC to Ximea Corp. Many will be part of the Colorado Pavilion, one of eight state pavilions that will be on the show floor.

On April 10, New York Governor Andrew M. Cuomo announced that Switzerland’s Fotokite was the winner of the $1 million grand prize from Round II of the Genius NY accelerator.

Fotokite has created a "kite-like tethered drone system" by combining aerial and ground-based robotics with patented flight control algorithms. Using the tether, the system can fly for 24-hours fully autonomously.

"This is tremendous support from the Genius NY program and CenterState CEO and a total game changer for Fotokite," says Chris McCall, CEO of Fotokite.

"We are excited to be expanding operations here to support our customers moving forward and will work hard to continue building on this early momentum. The other teams in the program have been great and there are opportunities to work with them in the next phase of the Genius NY program."

Regarded as one of the world's largest business competitions focused on unmanned systems, the Genius NY accelerator awarded six finalist teams a total of nearly $3 million at its finals event on the night of April 10. Prizes and investments of $1 million, $600,000, $400,000 and three $250,000 awards were presented to the six finalist teams.

During the event, which was held at the Marriott Syracuse Downtown, the six teams pitched their business plans to a panel of judges and to a live audience. After the pitches were made, all six competitors were awarded one of six investments, which the teams will use to continue to accelerate their growth, and expand their presence in the region.

Under the rules of Genius NY, participants are required to operate their business in Central New York for at least one year.

Genius NY notes that the program builds on the progress of CNY Rising, which is the region's strategic plan to "revitalize communities and grow the economy."

"Genius NY II continues to build on the success of the first round of this groundbreaking competition," comments Governor Cuomo.

On Wednesday, May 2, all six Genius NY teams will pitch during AUVSI’s Xponential show in Denver. The pitches will take place in XPO Hall- Starting Point Theater. 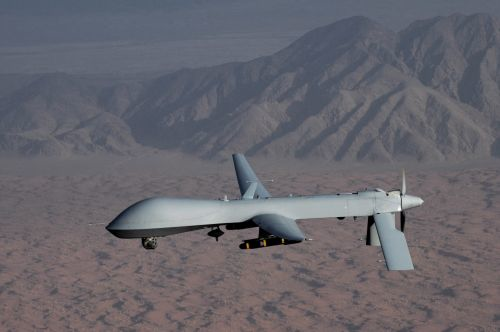 At the time of the achievement, a total of 360,311 missions had been completed, with more than 90 percent of all missions flown in combat.

"Five million flight hours is a testament to the reliability of our RPA systems that are designed, built, and maintained by a dedicated group of skilled and innovative professionals for operations around the world," says Linden Blue, CEO, GA-ASI.

"Our 25-year history has produced a list of ‘firsts’ in RPA development and we have leveraged this progress to apply the latest technology and advancement in our new and improved aircraft, such as the MQ-9B SkyGuardian."

It is unknown which specific aircraft and customer achieved the milestone, being that 69 Predator-class Medium-altitude, Long-endurance aircraft are airborne worldwide, every second of every day.

"This demand is consistently answered by our team of employees, suppliers, and partners who work hard to meet our customers’ dynamic mission requirements."

Predator B/MQ-9 Reaper flight hours now account for approximately 40 percent of GA-ASI’s five million total flight hours, and GA-ASI says that they are increasing at an average rate of 37,000 hours a month.