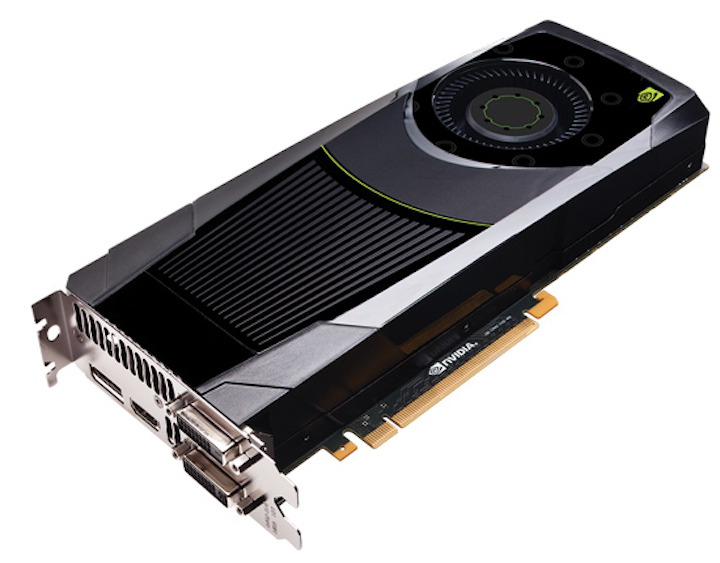 Image compression plays a vitally important part in many imaging systems by reducing the amount of data needed to store and/or transmit image data. While many different methods exist to perform such image compression, perhaps the most well-known and well-adopted of these is the baseline JPEG standard.

Originally developed by the Joint Photographic Experts Group (JPEG; https://jpeg.org), a working group of both the International Standardization Organization (ISO, Geneva, Switzerland;www.iso.org) and the International Electrotechnical Commission (IEC, Geneva, Switzerland; www.iec.ch), the baseline JPEG standard is a lossy form of compression based on the discrete cosine transform (DCT).

Although a lossless-version of the standard does exist, it has not been widely adopted. However, since the baseline JPEG standard can achieve 15:1 compression with little perceptible loss in image quality, such image compression is acceptable in many image storage and transmission systems.

Before an image can be compressed, however, it must be transferred to the CPU's host memory and then to the GPU memory. To capture image data, standards such as GenICam from the European Machine Vision Association (EMVA; Barcelona, Spain;www.emva.org) provide a generic interface for GigE Vision, USB3 Vision, CoaXPress, Camera Link HS, Camera Link and 1394 DCAM-based cameras that allow such data acquisition to be easily made. When available, a GenTL Consumer interface can be used to link to the camera manufacturer's GenTL Producer (Figure 2).

Using Microsoft Windows this is provided as a Dynamic-Link Library (DLL) with a .CTI file extension. If there is no GenTL Producer, then it is usually mandatory to use the native camera or a frame grabber manufacturer's application programming interface (API) for retrieving camera data. Once captured, image data can be transferred to the GPU card's multiple Gigabyte memory using the cudaMemcpy function. An example of how this can be achieved can be found athttp://bit.ly/VSD-CUDA.

However, using the cudaMemcpy function is not the fastest method of transferring image data to the GPU memory. A higher bandwidth can be achieved between CPU memory and GPU memory by using page-locked (or "pinned") memory. Since the GPU cannot access data directly from pageable host memory because it has no control over when the host operating system may choose to move such data, when a data transfer from pageable host memory to device memory is invoked, the CUDA driver must first allocate a temporary page-locked, or "pinned", host array, copy the host data to the pinned array, and then transfer the data from the pinned array to device memory. This can be achieved by allocating pinned host memory in CUDA C/C++ (http://bit.ly/VSD-CUDA2).

There is also a third approach to overcoming the data transfer speed between the host and GPU memory. Allowing a frame grabber and the GPU to share the same system memory, eliminates the CPU memory copy to GPU memory copy time and can be achieved using NVIDIA's Direct-for-Video (DVP) technology. However, because NVIDIA DVP is not currently available for general use, BitFlow (Woburn, MA, USA;www.bitflow.com), a frame grabber manufacturer, has chosen to publish BFDVP (BitFlow Direct-for-Video Protocol), a wrapper of NVIDIA DVP, designed to enable integration of its frame grabber API with NVIDIA GPUs (http://bit.ly/VSD-BitF).

Before image compression can occur, the data from the image sensor in the camera must be correctly formatted. Most of today's color image sensors use the Bayer filter mosaic, an array of RGB color filters arranged on a grid of photosensors (Figure 3). Named after the late Bryce Bayer (1929-2012) who invented it while working for Eastman Kodak (Rochester, NY, USA;www.kodak.com), the filter uses twice as many green elements to mimic the physiology of the human eye. His idea dates to May 29, 1974 and his original handwritten concept can be found at http://bit.ly/VSD-ISW.

Although adaptive-homogeneity or directional filtering can be implemented on the GPU, linear interpolation with a 5x5 bi-linear Bayer interpolation on the GPU provides higher performance in high-speed video compression applications.

Such algorithms are often implemented using field programmable gate arrays (FPGAs) embedded in the camera or the frame grabber that is used to capture image data. When raw image data is captured from color cameras to host memory, Bayer interpolation can also be performed on a GPU.

After such interpolation, white balancing of the image may be required to ensure that objects which appear white are, in fact, rendered white in the resulting image (http://bit.ly/VSD-WB). This is accomplished, for instance, by computing statistics for each color in the input image and applying scaling factors so that the output image has an equal amount of each color.

Color data can be reduced by transforming the RGB images into the YUV color space (or more accurately the Y'CbCr color space where Y' represents luminance and the U and V components represent chroma or color difference values. Y'CbCr values can be derived by subtracting the Y' value from the R and B components of the original image using a simple formula (http://bit.ly/VSD-FRW).

YUV supports three different conversion and subsampling modes known YUV (4:4:4), YUV (4:2:2), YUV (4:2:0) and YUV (4:1:1). Unfortunately, the notation used to describe these conversion modes is not intuitively obvious since the subsampling patterns are not described in terms of how pixels are subsampled in horizontal and vertical directions (http://bit.ly/VSD-SUB).

Generally, the YUV (4:4:4) format, which samples each YUV component equally, is not used in lossy JPEG image compression schemes since the chrominance difference channels (Cr and Cb) can be sampled at half the sample rate of the luminance without any noticeable image degradation. In YUV (4:2:2), U and V are sampled horizontally at half the rate of the luminance while in YUV (4:2:0), Cb and Cr are sub-sampled by a factor of 2 in both the vertical and horizontal directions.

Perhaps the most commonly used mode for JPEG image compression, the YUV (4:2:2) mode, can thus reduce the amount of data in the image by one-third over the original RGB image before any image compression occurs while providing little visual difference to the original image. Source code to perform this conversion in C++ can be found athttp://bit.ly/VSD-RGB.

To perform within a GPU, this color space conversion (and other functions associated with baseline JPEG compression), a knowledge of the architecture of the graphics processor is required (http://bit.ly/VSD-THR). Suffice to say that threads (the smallest sequence of programmed instructions that can be managed independently by the scheduler) are organized in blocks. These blocks are then executed by a multiprocessing unit (MPU). To perform high-speed calculations, data must be organized efficiently in memory so that the block of threads can operate autonomously. Thus, fetching data between blocks will slow performance as will the use of IF branches.

Bayer interpolation, color balancing and color space conversion can all be performed on the GPU. To perform these tasks, the image in the GPU is split into a number of blocks during which they are unpacked from 8-bit to 32-bit integer format (the native CUDA data type). For each block, pixels are organized in 32 banks of 8 pixels as this fits the shared memory architecture in the GPU. This allows 4 pixels to be fetched simultaneously by the processor cores of the GPU (stream processors) with each thread reading 4 pixels and processing one pixel at a time.

In such implementations, it can be assumed that the color balance required will be consistent over time especially if lighting conditions are controlled. By capturing a template image into host memory, a look-up-table can be created that can then be uploaded to the GPU memory to apply a scaling factor to each pixel so that the resultant image has an equal amount of each color. After this task is performed by the GPU, each pixel is converted to a 32-bit floating point value and converted to the YUV color space. Blocks are then saved to the GPU global memory.

The input to the forward discrete cosine transform (FDCT) is an array of 8 x 8 pixel blocks which, after the DCT is applied, result in a block of 8 x 8 frequency coefficients where vertical frequencies increase from left to right and horizontal frequencies increase from top to bottom. Thus, the representation of the image is concentrated in the upper left coefficients of the output matrix.

In the next step of the JPEG algorithm, quantization is used to further compress the luminance and color difference values of the frequency coefficients. Quantization tables are used to vary the amount of compression used and thus, allow output image quality to balance image quality and compressed image size. While the JPEG committee does not provide any standard quantization tables, two example tables can be found athttp://bit.ly/VSD-JPEG.

To perform this task on the GPU, the image is again split into a new set of CUDA blocks that run 64 threads (each computing a DCT) to perform a DCT on each block of the Y component of the image. After this, each pixel coefficient is converted back to 32-bit integer values and a quantization table is applied to each DCT coefficient. An explanation of how this is accomplished using CUDA can be found at:http://bit.ly/VSD-DCT. This process is then repeated for both the U and V image components, using a different quantization table for the U and V component.

After quantization, the (lower frequency) coefficients towards the top left of the 8 x 8 image matrix corner will be of higher value than those at the bottom right. To take advantage of this, before images are run-length encoded, a process known as Zig-Zag ordering is used to rearrange the coefficients in a one-dimensional order such that higher frequencies that may be represented as zero values after quantization can be encoded more efficiently. 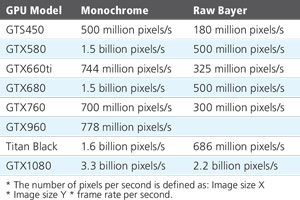 By loading both the JPEG Luma and Chroma Huffman encoding lookup tables (LUTs) and Zig-Zag mapping LUTs to the GPU both Huffman and Zig-Zag encoding can be performed in a single step on the GPU.

By default, the JPEG compression standard defines the size of a Minimum Coding Unit (MCU) as being an 8 x 8 coefficient. By assigning these 64 coefficients to a single shared memory bank, up to 32 MCUs can be processed simultaneously.

Encoded data is then written to the JPEG File Interchange Format (JFIF), a format that includes the embedded encoded image data and coding and quantization tables. This packing step is not a trivial task to implement on a CPU and is typically a sequential process.

Parallelizing this function on a GPU requires a different approach. Initially, the first bit position of each MCU in the final JPEG buffer is calculated using a parallelized prefix sum algorithm (http://bit.ly/VSD-PFX). Knowing the offset position, each MCU can then be parallel pack data using the stream processors of the GPU.

After such packing, the data is then moved to the host memory for either archiving or streaming. Using the data in this JFIF image file, JPEG decoders can reconstruct the compressed image data.

Deciding on which GPU to use to implement baseline JPEG algorithms is important as compression speeds will depend on the number of multiprocessors, amount of shared memory size and number of register (Figure 5). For instance, adding more CUDA cores without increasing shared memory size or the number of registers will not increase performance. After image compression, images can be copied to the CPU's host memory or archiving or data streaming. Although the GPU-to-host memory copy time is significant, compressed image data will generally be 10-20x smaller than the original uncompressed image.

While NorPix's StreamPix 7 multiple camera DVR software uses an implementation of the baseline JPEG standard, references to code samples used in this article are for illustration purposes only. NorPix nor its affiliated companies or customers are responsible for the development or use of this code.

9. "Chrominance Subsampling in Digital Images" by Douglas A. Kerr. Reference:http://bit.ly/VSD-SUB.

17. "Threads and blocks and grids, oh my!" Parallel Panorama. Reference:http://bit.ly/2sDKZ9X.