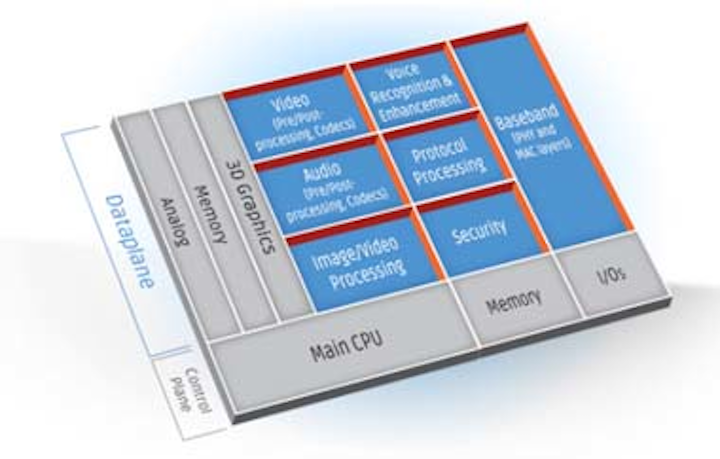 Dream Chip Technologies has developed a number of IP based solutions for image processing and is actively involved in helping its European customers develop System on Chips (SoCs) and embedded software.

For its part, Morpho has developed a number of image processing libraries for processing images on mobile devices. These can be used for image stablilization, panoramic image generation, automatic object tracking and face recognition.

Tensilica's IVP itself is a so-called dataplane processor unit (DPU) that is suitable for image and video processing. The IVP DSP instruction set has more than 300 imaging, video and vision-oriented vector operations.

Software engineers who develop code for embedded image processing systems are constantly looking for ways in which they can accelerate their applications using the latest breed of multicore processors.

Researchers at KPIT Cummins Infosystems (Pune, India) have created a parallel implementation of the GHT algorithm that can run on a GPU. The researchers claim that their implementation is 80 times faster than a CPU-based version.