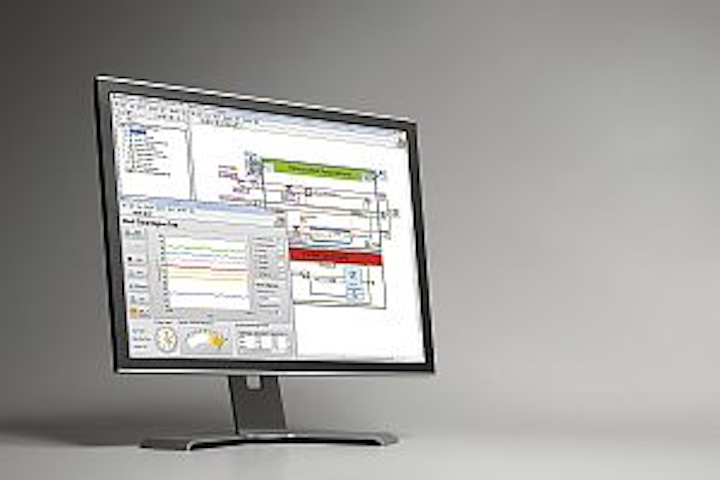 AUSTIN, Texas -- NIWeek -- National Instruments (Nasdaq: NATI) has unveiled NI LabVIEW 2011, the 25th-anniversary version of its system design software. LabVIEW accelerates the productivity of engineers and scientists who develop and deploy measurement and control systems to solve some of the world's greatest engineering challenges. LabVIEW 2011 can dramatically increase development efficiency through new engineering-specific libraries and its ability to interact with almost any hardware device or deployment target, including the new multicore NI CompactRIO controller and the NI PXIe-5665, one of the highest performing RF vector signal analyzers in the industry. It also supports assemblies built in the latest Microsoft .NET Framework and includes numerous features driven directly from user feedback. With these and other advantages, LabVIEW 2011 helps engineers integrate individual system components into a single, reconfigurable platform so they can do their jobs faster, better and at a lower cost.

"Twenty-five years ago, we created LabVIEW to help engineers focus on innovating instead of wrestling with complicated programming and system integration issues, and today, it has become the ultimate system design software for measurement and control," said Jeff Kodosky, National Instruments business and technology fellow, cofounder and inventor of LabVIEW. "With each new version, whether by ensuring integration with the latest hardware, introducing new libraries and APIs or implementing engineer-requested features, our primary objective remains to increase productivity in any engineering situation."

LabVIEW 2011 makes it possible for engineers to achieve significant productivity gains in a variety of tasks, including the following time-saving functions:

-- Reuse code with support for the latest .NET assemblies, .m structures and new Xilinx IP for the LabVIEW FPGA Module

With its stability for mission-critical applications, as well as its simplified integration with hardware from many industry leaders, LabVIEW 2011 gives measurement and control system designers the confidence to innovate efficiently within a proven support infrastructure.

"By using LabVIEW, we decreased our system development time by one-third compared to the time we spent with traditional approaches," said Glenn Larkin, engineer for the National Ignition Facility (NIF) at Lawrence Livermore National Laboratory, home of advanced fusion research and one of the world's most powerful lasers. "We plan to extend our use of LabVIEW and NI hardware in many facilities that support NIF so we can realize these same productivity gains in future projects."

When combined with modular hardware, LabVIEW 2011 is the centerpiece of the NI approach to graphical system design, which provides a unified platform for designing, prototyping and deploying applications with maximum efficiency. Engineers and scientists in virtually every industry are using graphical system design, from basic measurement applications to the most complex, advanced research projects.