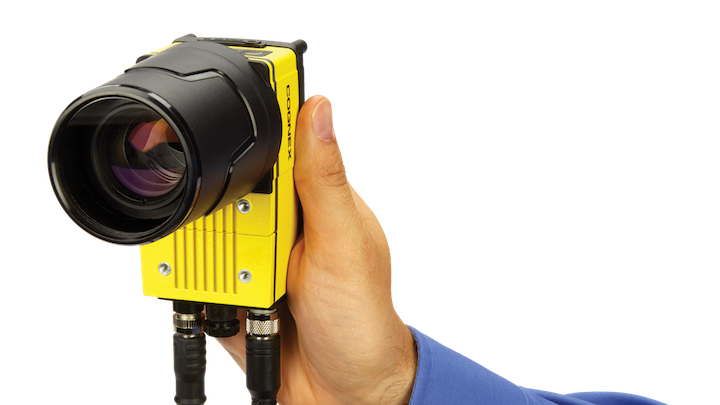 Figure 1: With a 12 MPixel CMOS image sensor, the In-Sight 9912 camera targets applications requiring the detection of smaller features in images, imaging large parts, or both.

Historically, smart cameras available in the machine vision market feature image sensors in the range of VGA to 2 MPixels. Growing market demands for inspecting larger parts and identifying smaller defects in images have led to a paradigm shift as the resolution of smart camera image sensors increases.

While In-Sight 2000 vision sensors feature image resolution up to 1.2 MPixels, the company also offers several models with larger CMOS imagers, including the In-Sight 7000 series with monochrome and color imagers ranging from 0.3 MPixels (VGA) up to 5 MPixels. In-Sight 8000 smart cameras also feature imagers up to 5 MPixels, while the In-Sight 9912 system (Figure 1) features a 12 MPixel imager. For line scan imaging, the In-Sight 9902L line scan system acquires up to 16,000 lines of 2,000 pixels per line to produce a 32 MPixel image that, according to the company, can detect even the smallest features and defects.

“Traditionally,” he continues,” these applications required multiple cameras, but now, a single smart camera addresses applications that require detection of small features in a large field-of-view.”

The company’s dart camera with BCON for MIPI interface supports Snapdragon SoCs and is available in two models—with an S-Mount or with no mount—both of which use the 5 MPixel color AR0521 CMOS sensor from ON Semiconductor and achieve a frame rate of 60 fps.

Models with in-camera image pre-processing based on the BCON for MIPI interface include four camera modules (color with bare board or S-Mount options) with either 5 MPixel (60 fps) or 13 MPixel (30 fps) CMOS image sensors from ON Semiconductor. As a processor-specific driver is needed, these cameras come with a ready-to-use driver package for NXP’s i.MX 8 applications processor series.

Basler also developed a proprietary BCON for LVDS (Low voltage differential signaling) interface, allowing the dart camera modules to connect directly into an SoC or FPGA, offering a lean setup for developing stereo vision or recognition algorithm-based applications, according to the company. Monochrome and color models of the camera use the 1.2 MPixel AR0132 CMOS image sensor also from ON Semiconductor, the 2 MPixel Teledyne e2v (Chelmsford, Essex, UK; www.teledyne-e2v.com) EV76C570 CMOS image sensor, and the 5 MPixel MT9P031 from ON Semiconductor. 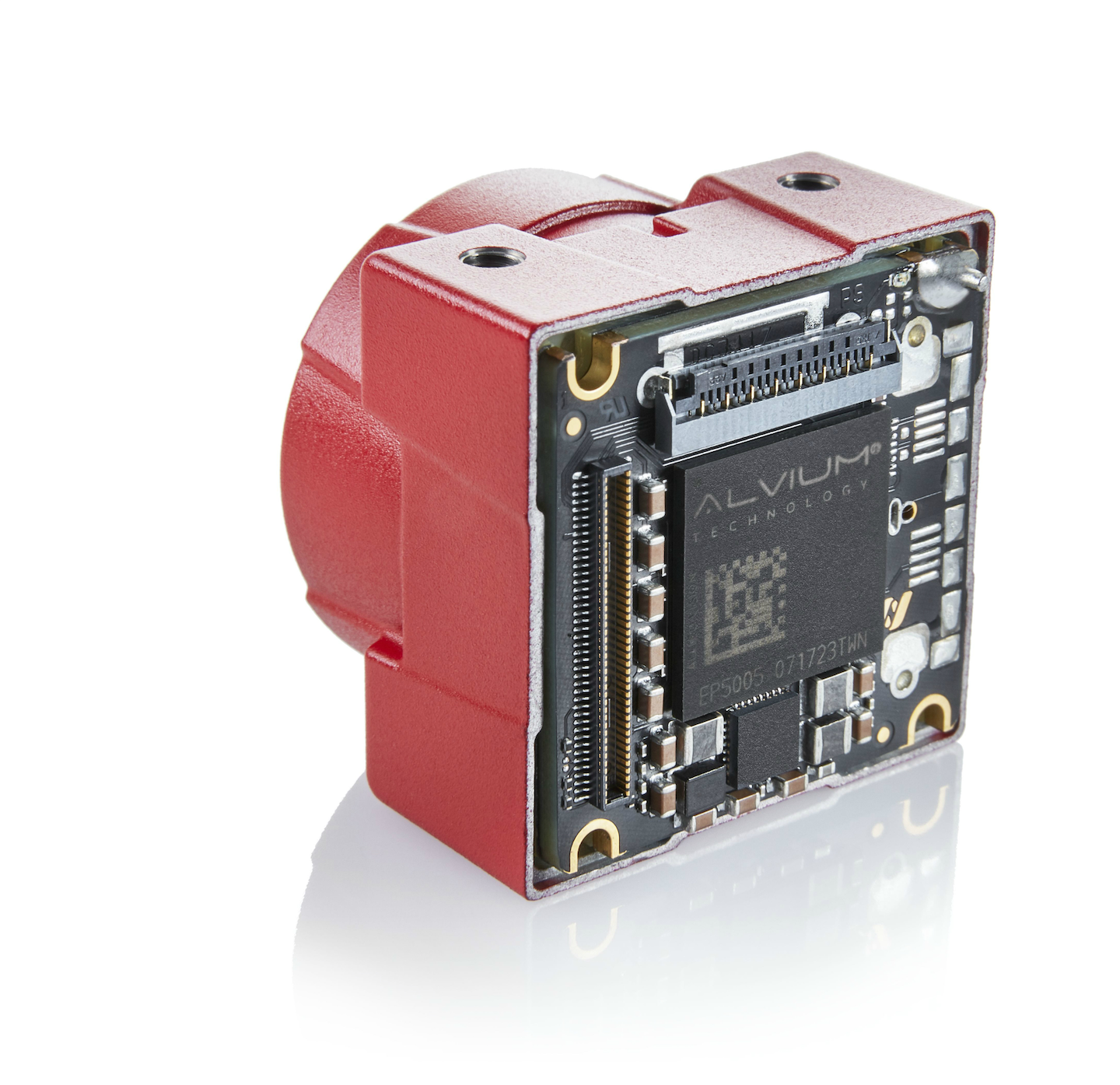 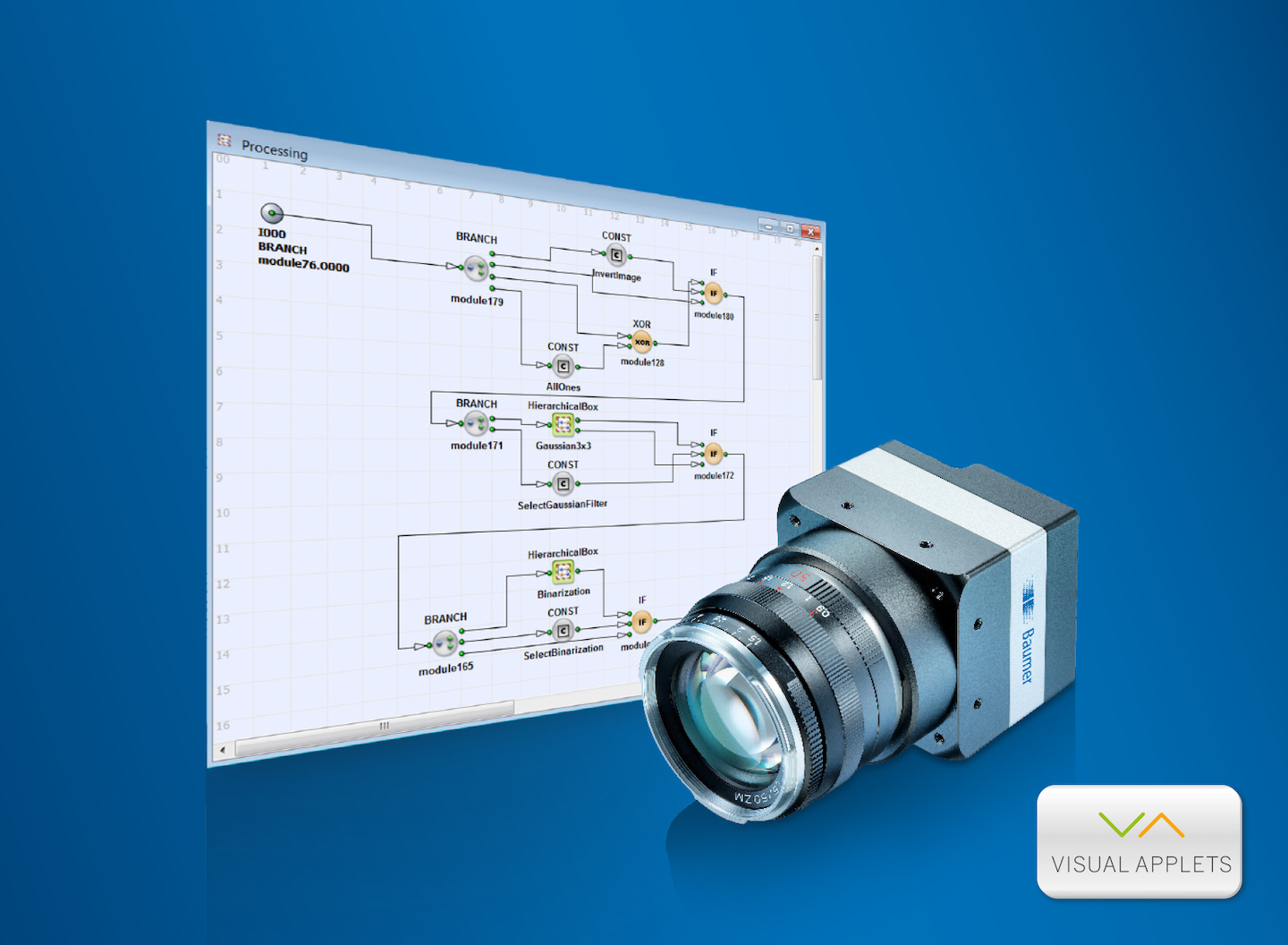 Figure 3: LX cameras with embedded VisualApplets enable complex algorithm implementation, which reduces the amount of data transmitted for processing by the PC. 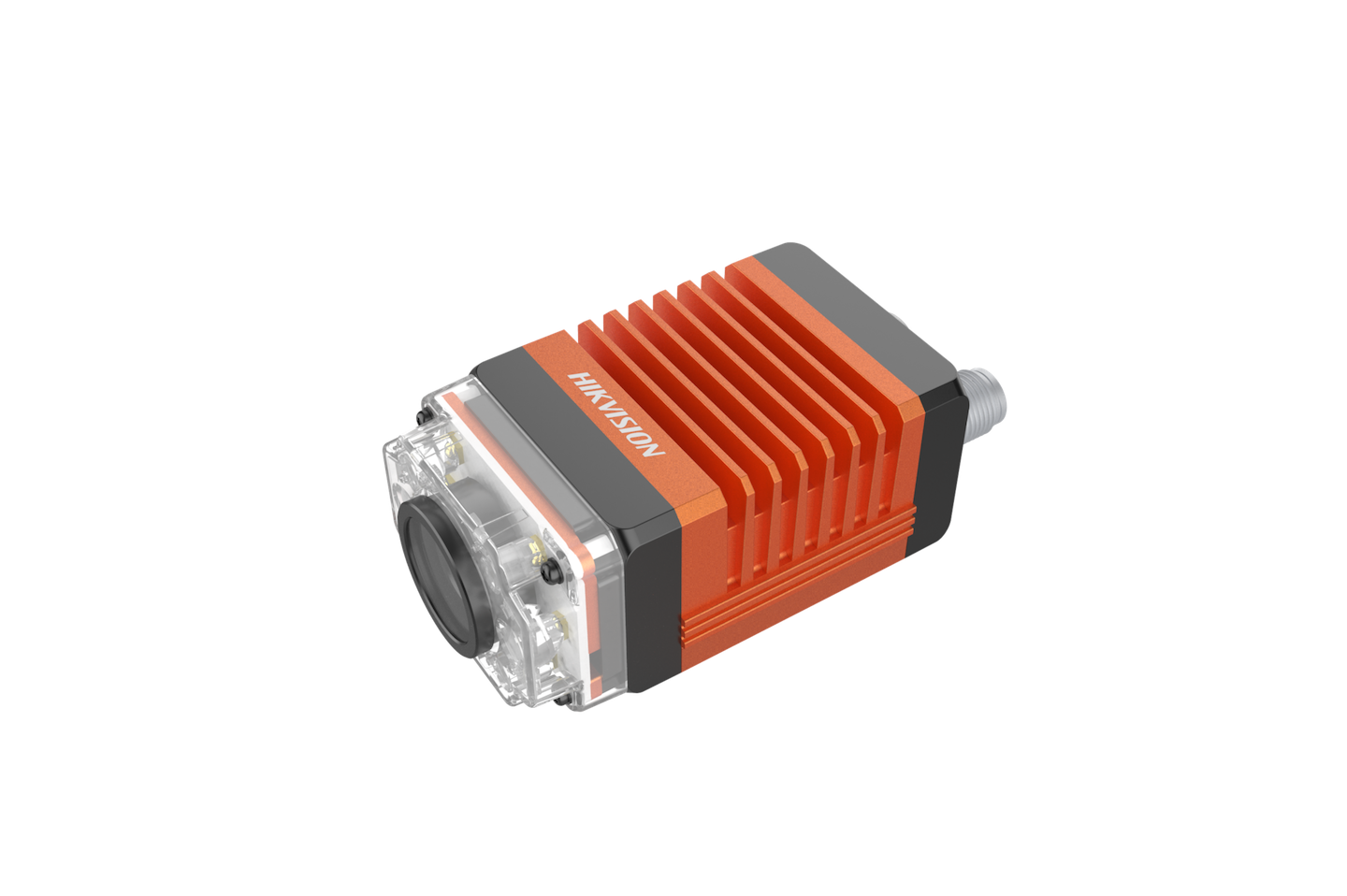 Figure 4: With the embedded Intel Movidius vision processing unit, the MV-IM1013-12MWG smart code reader offers code-reading algorithms based on deep learning for formats such as QR, Data Matrix, and others.

These cameras feature algorithms for barcode reading, vision localization, template matching, measurement, and optical character recognition, and with the VPU, the computing performance of the camera improves while also reducing power consumption, according to the company.

In addition to these cameras, Dahua offers a range of smart cameras based on CMOS sensors that range from 0.3 MPixel up to 6.2 MPixel sensors, and a series of X86 smart cameras and code readers, both of which have the same sensor lineup. 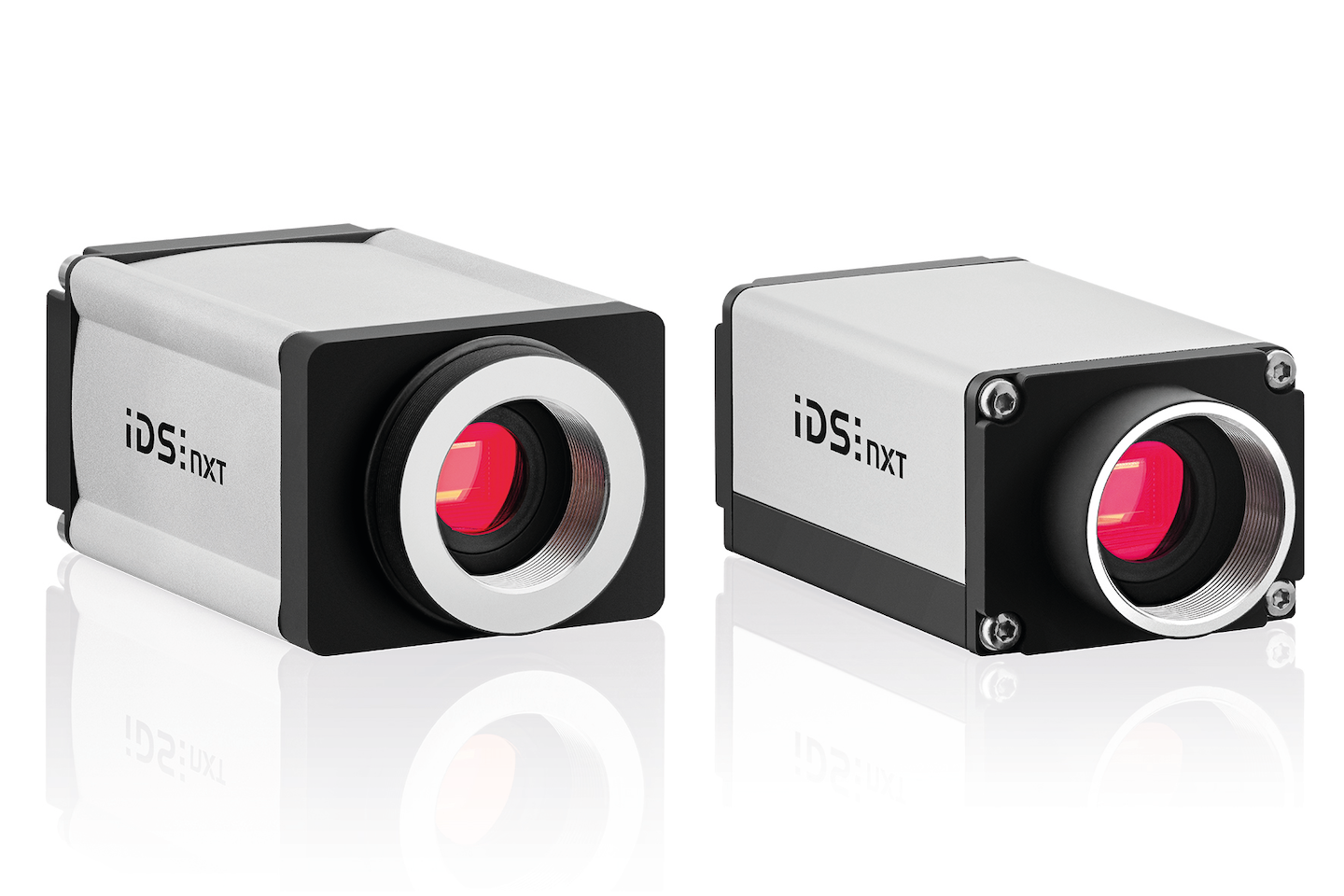 Not to be outdone, IDS Imaging Development Systems (Obersulm, Germany; www.ids-imaging.com) has put a new spin on smart cameras with its IDS NXT series (Figure 5) that lets developers quickly set up various image processing tasks by uploading through Smart GenICam new camera functions as a vision app on the camera, according to the company.

The firmware integrates the application code into the camera’s functions. Control and function parameters, and the results of the self-programmed application, are available in standardized form through the device-specific XML description file of each GenICam-compliant application. Third-party software such as HALCON or LabVIEW from National Instruments (Austin, TX, USA; www.ni.com) use these features as if they were part of the standard functionality of the cameras.

He continues, “Our IDS NXT rio & rome models provide the possibility to upload pre-trained neural networks onto the camera, enabling it to solve image processing tasks that simply weren’t possible before.” 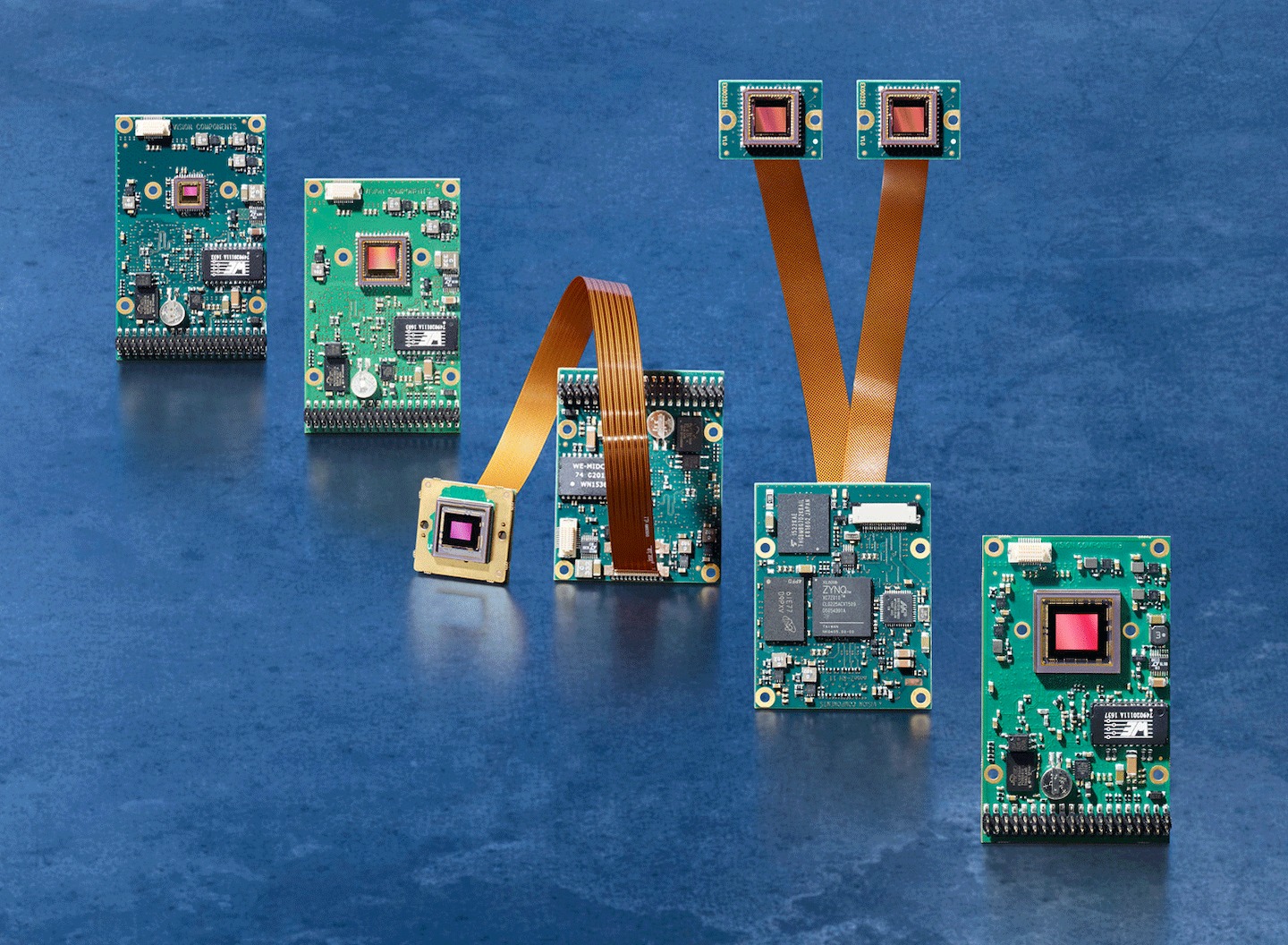 Figure 6: MIPI interface embedded vision cameras from Vision Components feature CMOS image sensors from OmniVision and Sony and are compatible with a range of CPU boards.

Increasing needs in large part inspection and the detection of smaller defects in images, as well as higher-speed applications needing greater processing power, led to the evolution of smart cameras—a trend worth monitoring going forward.