In many surveillance applications, camera systems are often required to perform automatic focus and aperture control. A number of companies and consortia have developed lens standards to meet the needs of these applications. 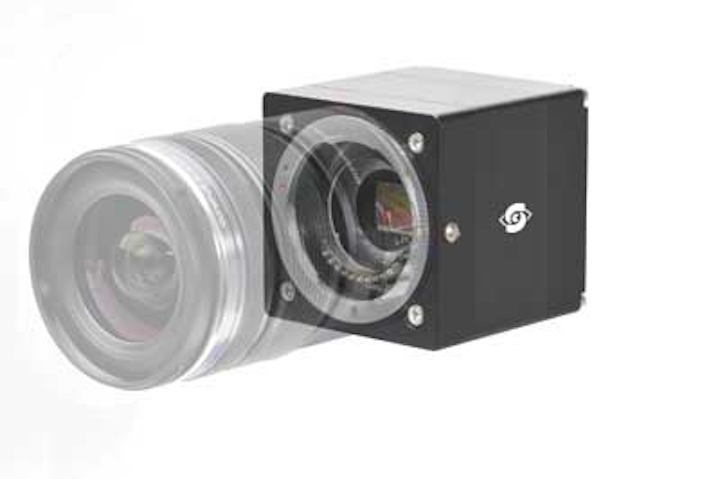 For many years, the developments that have originally emerged in consumer-based products have been leveraged by manufacturers of machine-vision products. Many of today's machine-vision cameras, for example, now employ C-mount and F-mount lenses initially developed for photographic applications. By employing such standards, lenses can be easily interchanged to suit the needs of different machine-vision and image-processing applications.

In designing the company's electronic-focus (EF) lenses, for example, Canon's interface standard allows Canon camera bodies to electronically control functions such as autofocus and aperture. To allow system integrators to use and control Canon EF-mount lenses without the use of a Canon EOS camera body, Birger Engineering offers its EF232 adapter that allows focus and iris functions to be precisely controlled over an RS-232 serial port (see "Smart components add functionality," Vision Systems Design, September 2005). This enables a variety of machine-vision cameras to be used with Canon's EF lenses.

Of course, this does not mean that other image sensor types cannot be used in MFT-based camera designs. In its range of SVCam-EVO series of cameras, SVS-Vistek incorporates a number of different CCD sensor types that range from 1/2-, 2/3-, and 1-in. types and 22.66-mm diameter. With 5.5-µm2 pixels, these GigE cameras are offered in a variety of configurations ranging from 1024 × 1024 to 3320 × 2496 pixels and Micro Four-Thirds lens mounts (see figure). By providing lens control over the GigE Vision interface through the MFT lens mount for zoom, focus, and iris, the SVCam-EVO series can dynamically change the functions for these cameras.

"One of the challenges in designing a camera for the Micro Four Thirds standard," says Thomas Entner, president of Entner Electronics, "is that these lenses may generate images with barrel and pincushion distortion."

By storing the parameters of this distortion in the electronics embedded in the lens for different zoom and focus conditions, the camera body can access the data to perform corrections. This is the approach taken by Entner in the design of two MFT cameras based on the CMV2000 2/3-in. type and CMV4000 1-in. type CMOS imagers from CMOSIS. With configurations of 2048 × 1088 and 2048 × 2048 pixels, respectively, both cameras feature pixel sizes of 5 µm2.

In addition to providing motorized focus and iris, Entner's software is used to perform image-distortion correction as images are captured by the camera. Like SVS-Vistek, the company expects the camera to be used in surveillance and intelligent transportation applications.