Three ultra-wide field flight cameras from Ball Aerospace & Technologies Corp. will be positioned in different windows on the Orion spacecraft in order to monitor the test flight as different procedures are carried out. 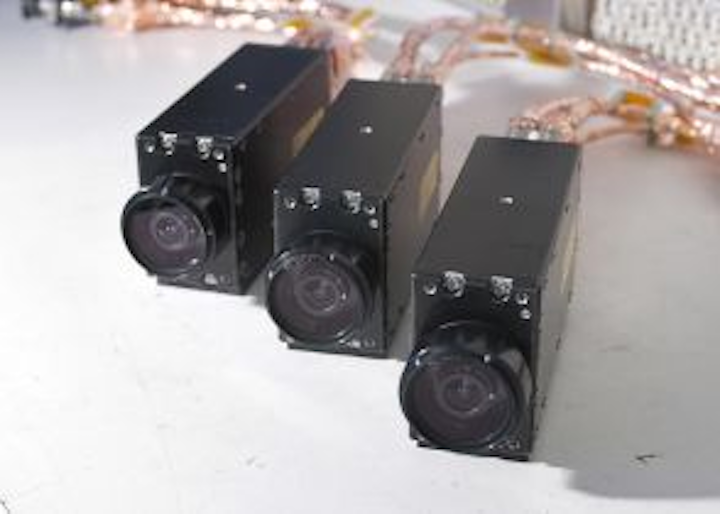 Three ultra-wide field flight cameras from Ball Aerospace & Technologies Corp. have been installed on the Orion spacecraft and will monitor the mission’s exploration flight tests.

Orion is NASA’s first interplanetary spacecraft designed to carry astronauts beyond low-Earth orbit on long-duration, according to the Ball Aerospace press release. The cameras—which were installed by prime contractor Lockheed Martin—are the first avionics hardware completed for the initial test, which is scheduled to launch in September 2014.

The custom-built Ball cameras are based on the design of the docking camera that flew aboard the STS-134 sensor test for the Orion Relative Navigation Risk Mitigation (STORRM) mission in 2011. NASA’s STORRM mission was performed an on-orbit test of the performance of the navigation sensor suite for Orion and other future spacecraft.

Three ultra-wide field cameras—which will feature enhanced software and exposure controls— will be positioned in different windows in order to monitor the test flight as different procedures are carried out.

Variations of Ball cameras are planned for each of Orion’s flights. The first mission that will carry humans is currently slated for 2021.