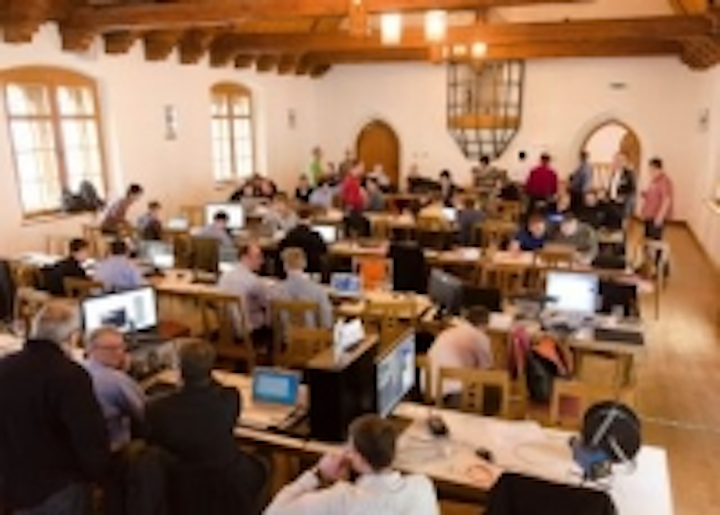 Last month industry experts gathered in Schongau, Germany under the support of the global G3 group (AIA, EMVA, and JIIA) for the year’s second International Standards Meeting. At the meeting, which was organized by Sensor to Image, experts discussed the development of current standards used in image processing, including GenICam software, USB 3.0 Vision, Camera Link HS, GigE Vision, and CoaXPress standards.

Here is a look at the key developments in each of the aforementioned interface standards of the machine vision industry:

At this meeting, the group agreed to force the development of GenApi 3.0, which will enable a significantly faster initializing of a camera’s features, and will require less memory. The group also discussed furtherstandardized camera features in the SNFC module, in particular, "UserSets," "SequencerMode," generic software trigger, firmware update, and TL-specific features for USB3 Vision and CoaXPress.

A proposal was put forth by the group to integrate pixel formats and features for 3D cameras, along with an agreement to develop procedures to validate GenTL-compliant products. In addition, GenICam 2.4 will be released at the end of 2013 and will include updated versions of the underlying modules GenApi (v2.4), GenTL (v1.4), and SFNC (v2.1). GenICam 3.0 is expected to be released in the second half of 2014.

At the USB3 Vision committee meeting, the group discussed a number of open issues in order to roll them into a 1.0.1 standard release, which is scheduled for later this year. A number of research items were also discussed, which will be completed for the next meeting. These include multi-camera synchronization, multiple image streams from a single camera, and enhanced power delivery cameras.

Research items slated for potential inclusion in a future standard were also discussed, and these include lowering the overhead of extremely fast frame rate acquisitions and more deterministic transfers for asynchronous events. The first official public certification event was also completed at the meeting.