The Next Generation Transit Survey (NGTS) will have 12 telescopes equipped with custom-designed, red-sensitive CCD cameras from Andor that will search for transiting Neptunes and super-Earths. 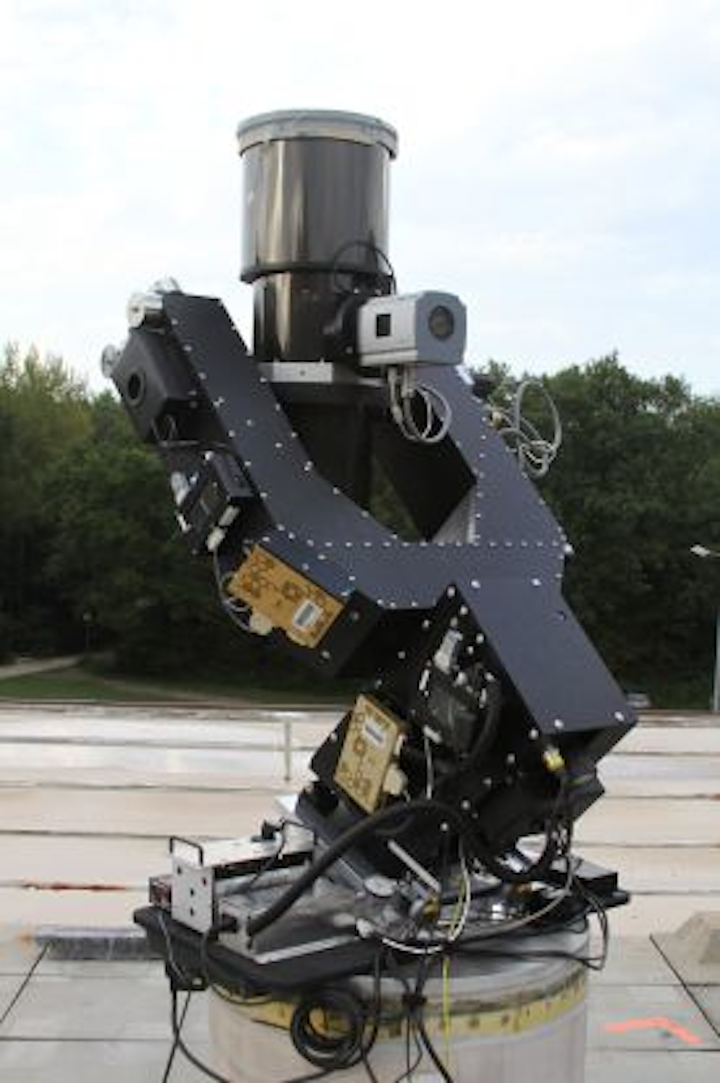 SuperWASP’s (Wide Angle Search for Planets) two telescopes featured eight Andor iKon-L cameras. Looking to build on the success of SuperWASP—which found more than a third of all confirmed transiting planetary systems—is the Next Generation Transit Survey (NGTS), which has 12 telescopes equipped with custom-designed, red-sensitive CCD cameras from Andor.

Andor’s customized cameras changed the standard window for one with high near-IR throughout and changed the camera shutter to accommodate the f/2.8 beam from the NGTS telescope. The faceplate of the camera was also changed to allow a custom interface to the telescope, according to Dr. Peter Wheatley from theUniversity of Warwick, one of NGTS’ principle investigators. Based on detailed simulations on the performance of the prototype telescope, this customization has shown that when scientific operations begin in 2014, about 30 bright super-Earths and up to two hundred Neptunes could be discovered.

Unlike SuperWASP, NGTS will be able to extend the limits of detection from giant Jupiter-like planets into the Neptune and super-Earth (a term given to describe an exoplanet between the size of Earth and Neptune) regime. TheKepler probe has shown that exoNeptunes and super-Earths are common, but most examples found were too faint to be followed up to measure their composition and atmospheric properties. With NGTS, it will enable the researchers to search a sky more than 16 times greater than Kepler, covering more stars to find planetary systems more suitable for follow up, according to the Andor press release.

In the 17 years since the discovery of the first planet in orbit around another star, more than 600 exoplanets have been detected.

Also check out:
Largest camera in the world to create 3D map of Milky Way
Vision-enabled subs will search for alien life