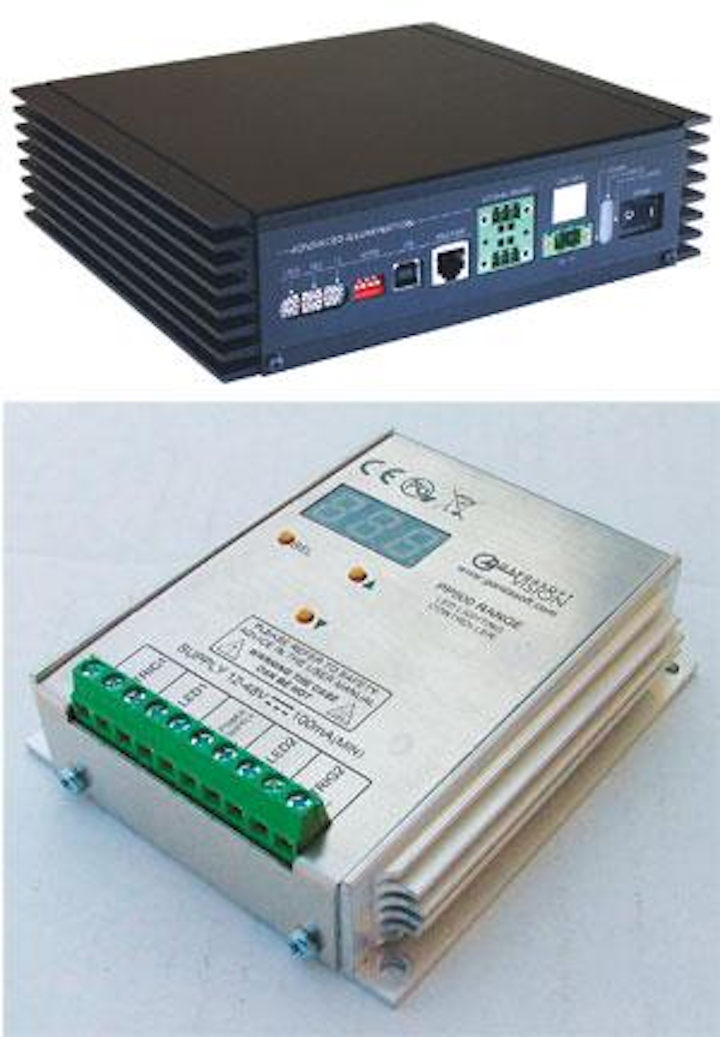 It has often been stated that the most important aspect of any machine-vision or image-processing system is the correct lighting. And today, system integrators can choose from a host of different companies’ products with which to illuminate a product to be inspected. In most applications, the key to choosing a lighting product is to increase the contrast of the feature on the part to be measured.

Depending on the application, a number of LED products including ringlights, dome lights, backlights, and line lights can be configured for this purpose. Understanding which type of lighting best fits any application has often been called a black art rather than a science. Realizing this, a number of vendors including Advanced Illumination (AI) and StockerYale have developed on-line guides that help speed the choice of lighting.

In A practical guide to machine vision lighting, for example, Daryl Martin of AI describes a number of specific illumination types and techniques along with specific examples of products illuminated under different lighting techniques. Similarly, in Optimizing Illumination Techniques authors from StockerYale describe different types of lighting that can be used in web-inspection applications.

While educational efforts such as these have made it easier for system developers to differentiate the many types of lighting currently available, LED vendors such as AI and StockerYale are also facing new demands from system integrators. Specifically, many developers of machine-vision systems are looking for more intelligent lighting products that can readily be adapted to many applications. Indeed, the next generation of intelligent lighting products will bear little resemblance to those currently offered today.

“The vision industry has been asking for more intelligent lights over the last couple of years,” says Matt Pinter, design engineer with Smart Vision Lights. “In addition to intelligence, customers want more features on the lights. LEDs, housings, connectors, control signals, control voltages, and networking communications are constantly changing, and lighting vendors need to adapt. The evolution of smart cameras has caused many to evaluate their lighting products and look to develop illumination products with added intelligence.”

What form this intelligence will take is now becoming clear. Adding Ethernet-based control to lighting controllers, for example, allows multiple lights to be independently directed with the vision system’s host computer. This allows illumination intensity to be controlled remotely, providing greater flexibility when multiple parts with different illumination requirements need to be inspected.

Independent intensity control of a number of individual LEDs within a specific lighting fixture also adds flexibility to compensate for any roll-off or to adjust the light for optimum uniformity. Embedded LED lighting controllers, integral to the lighting, will relieve system developers of choosing and matching a light to a specific controller.

Finally, the use of feedback mechanisms embedded into the lights will allow both the intensity of the light and its spectral uniformity to be monitored and adjusted dynamically. Once again, benefits of this approach will include maintaining a uniform consistent light at the desired wavelength. While many vendors have yet to embrace all of these concepts, many are now introducing products that encompass one or more of these features.

AI’s latest controller, for example, the SignaTech controller, is designed to simplify the operation of LED illumination products (see Fig. 1). Because each LED light offered by the company is built with an internal electronic signature, connection to the microprocessor-based SignaTech controller allows the light signature to be automatically read and the controller configured to output the optimum current level for a given pulsewidth. In addition, the signature memory stored in the company’s LED lighting products has been expanded so that lighting devices can be encoded for strobe-only operation, eliminating the need for heat-sinking.

Like AI, Gardasoft is also adding more intelligence into its latest range of lighting controllers. Intelligence in the company’s latest PP520 lighting controller comes in the form of Ethernet control. Three ways exist to configure the PP520 controller. First, a Web browser can access the controller’s in-built Web pages, allowing the lighting status to be viewed and parameters changed. This permits the unit to be controlled across a network. Second, simple string commands can be sent from an application program using TCP/IP or UDP. Gardasoft’s Web site features a free demonstration program showing how the PP520 can be controlled from a PC using Visual Basic. According to the company, Visual C++ code is planned in the next few months. Last, the PP520 can be configured using the unit’s front-panel display.

Just as lighting-controller vendors are embedding intelligence into their latest generation of products, LED manufacturers are also realizing the benefits of increased integration in their next generation of products. Manufacturers such as VCubed and Smart Vision Lights are embedding the controllers into their LED products, eliminating the need for system integrators to mix and match lighting and controller products.

VCubed’s first LED light in its VL range is the VLX2, a line light that features 12 LEDs arranged on a 24.2-mm pitch (see Fig. 2). The intensity of each LED can be independently adjusted across a 9-bit range using Ethernet, serial, or USB interfaces. On-board intelligence includes detailed diagnostic feedback, detection of LED device failure, and strobe timing control. According to Falconer, this will be followed by a VLS strobe version and a VLA area LED that will both incorporate in-built controllers.

”In the same manner that multiple sensors may be required in a camera, multiple intensities or colors of light may also be needed,” says Pinter. With the 0-10-Vdc variable intensity control of the company’s LED lights, a vision system can increase or decrease the light for different products or inspections (see Fig. 3). “Customers can now use a couple of lights and by controlling the intensity on different combination of lights perform many different inspections.”

Smart Vision Lights LEDs also feature a feedback circuit to compensate for intensity loss that may occur during operation. “As the LED die begins to heat, intensity loss may be as large as 30%. By compensating for this loss intensity, a more stable illumination system can be ensured,” Pinter says.

By embedding lighting controllers and feedback mechanisms into their illumination systems, the lines between sophisticated lighting vendors and those that offer lower-cost products is becoming clearer. “As technology advances, there is an increasing gap between devices that are designed by experienced suppliers and lights that are “thrown together” in a hit-or-miss fashion by people with questionable illumination backgrounds,” says Patrick Varley of Volpi USA. “While there will always be a market for inexpensive illumination systems, there is an increasing demand for more sophisticated products,” he says.

At the Robots & Vision Show (June 2007), Volpi debuted a sophisticated product in the form of its Power LED Lightline, a 200-mm board with 30 LEDs divided into six groups. Up to 17 of these can be used in a single light, resulting in a 3.4-m maximum length. The system integrator can set the intensity for each group and save the profile or create a program that changes the intensity in a set routine (see Fig. 4).

“This is especially useful to compensate for roll-off and establishing uniformity across the illumination field,” says Varley. Supplied with red or white LEDs, the Power LED Lightline communicates to a computer-based system using Ethernet. “Even though the lighting system has been designed for efficient heat control, each group of LEDs are thermally monitored to ensure that there are no issues at run-time.

With many manufacturers now adding intelligence to their illumination products, it is certain that the next generation of illumination systems will be even smarter. In the next few years expect to see embedded controllers, Ethernet, Gigabit Ethernet, or USB communications being incorporated into many more smart lighting products. Likely as not, vendors will also adapt these interfaces to operate with different bus networks such as DeviceNet and ProfiBus.

While electronic signatures are already being built into some LED illumination products, expect more computer-based control of lights with embedded settings that may be stored and recalled by the vision system when needed. Like the smart cameras that proceed them, smart illumination systems will probably require a standard communication protocol that industry associations such as the Automated Imaging Association will be required to develop.