How to build your own thermal camera for just over $150 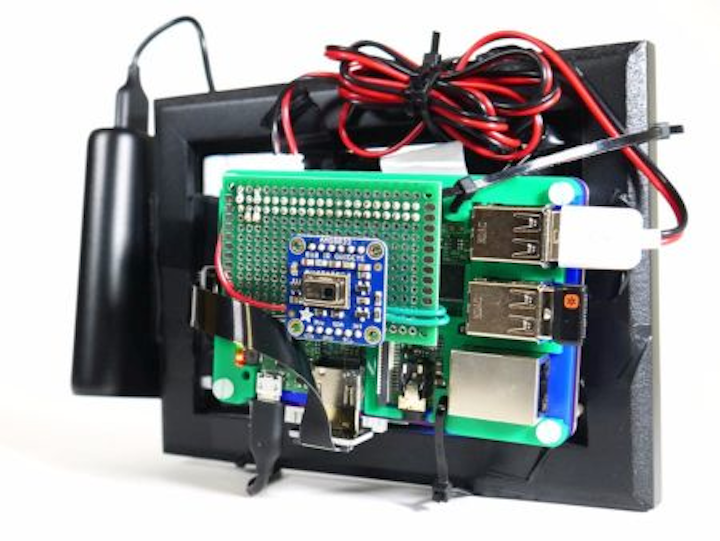 Finally, an Adafruit AMG8833 IR thermal camera breakout is used to capture images. The AMG8833 features an 8 x 8 Panasonic infrared detector that when connected to the Raspberry Pi, returns an array of 64 individual infrared temperature readings. The camera will measure temperatures ranging from 32°F to 176°F. Additionally, Liz from Blitz City DIY used a cell phone power bank she had to power the camera, as well as a picture frame onto which the camera project is tethered.

"The AMG8833 is an Adafruit product and they have a great learning guide on it, showing you how to use it with both Arduino and Raspberry Pi," she explained in her post on Hackster. "I chose to use a Raspberry Pi because in the example code provided by Adafruit, it uses bicubic interpolation to basically make the image appear to have a higher definition and not look as pixelated. I wanted to setup the AMG8833 with the Pi as a camera that had a screen on the back and was handheld, portable and not tethered to a wall for power."

She also remarked on the completion and usability of the camera: "Overall, I’m pretty excited with how this project came out. It’s definitely something I’m going to be using in the future because I do a lot of benchmarking and looking at things like thermal readings, so to have a visual representation I can get on camera to get an idea of how things are behaving will be really cool."