Designed for attachment to smartphones, the new FLIR ONE Pro LT thermal imaging camera offers many of the same tools and features as the FLIR ONE Pro series, but at a slightly lower price point. 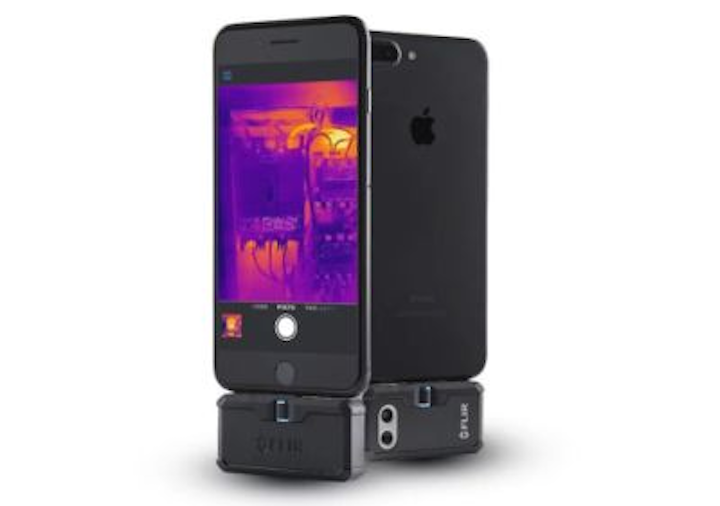 Designed for attachment to smartphones, the new FLIR ONE Pro LT thermal imaging camera offers many of the same tools and features as the FLIR ONE Pro series, but at a slightly lower price point.

Key tools in the new FLIR ONE Pro LT camera include FLIR’s patented MSX image enhancement which combines the thermal imaging capabilities with a visible camera to product easy-to-interpret images, according to the company. Another capability is the VividIR video signal processing technology, which the company says provides improved thermal image quality and clarity.

Additionally, FLIR is releasing an updated version of the FLIR ONE App, which includes tools such as multiple spot temperature meters, custom o-nscreen temperature tracking regions, and tips for problem solving and use-cases.

"Since FLIR first introduced the FLIR ONE line of thermal cameras for smartphones in 2014, the product has evolved to serve the unique needs of a broad set of professionals, providing an easy-to-use and affordable thermal camera," said Frank Pennisi, President, Industrial Business Unit at FLIR. "The FLIR ONE Pro LT represents the next stage of the product evolution by placing pro features, such as VividIR, into the hands of more professionals at a more affordable price."

View more information on the camera.