CCD imaging sensors on board the SPOT 6 Earth observation satellite have successfully returned their first images. 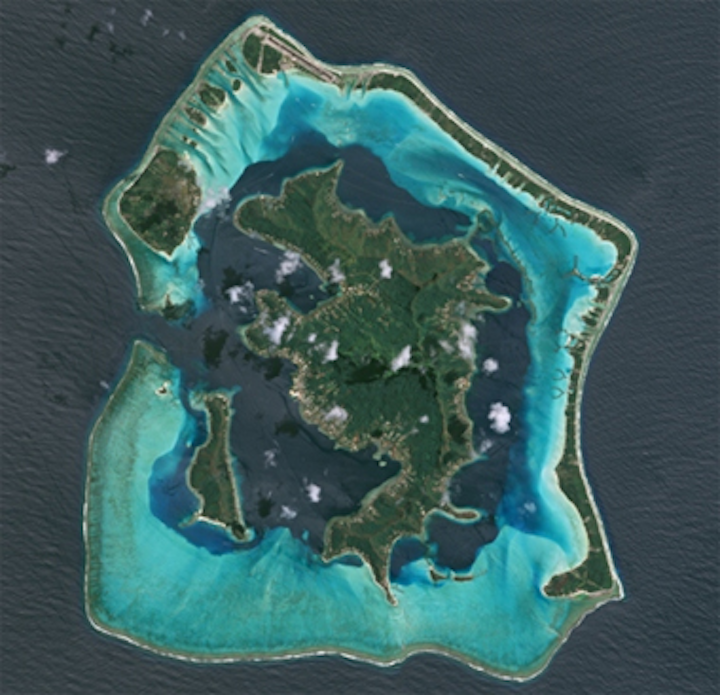 CCD imaging sensors on board the SPOT 6 Earth observation satellite have successfully returned their first images.

Launched on September 9 2012, SPOT 6 is a high-resolution optical Earth observation satellite built by Astrium. Like its twin, SPOT 7, which is due to launch in 2014, SPOT 6 has a 60-km swath width and produces images with a resolution down to 1.5 meters.

The SPOT 6 and 7 satellites will join the Pleiades 1A satellite, which is already orbiting the Earth, and is also equipped with e2v imaging sensors.

The images from the satellites will be distributed by Astrium Services for use in national and defense mapping, agriculture, deforestation and environment monitoring, maritime and coastal surveillance, civil engineering, oil, gas and mining industries.

The above image of Bora Bora, an island in the Leeward group of the Society Islands of French Polynesia, was one of the first taken by the camera onboard the Astrium SPOT 6 satellite.

Recent articles on e2V from Vision Systems Design you might also find of interest.

1. Image sensors to spot objects in the Kuiper Belt

Imaging sensor maker e2v (Chelmsford, UK) has been awarded a contract by the Academia Sinica Institute of Astronomy and Astrophysics (ASIAA) in Taiwan to supply a set of 40 large-area CMOS imaging sensors for three ground-based telescopes as part of the Transneptunian Automated Occultation Survey (TAOS II).

e2v (Chelmsford,UK) has signed a multimillion dollar contract to supply a complete camera system that will be installed at the Observatorio Astrofísico de Javalambre’s telescope near Teruel in Spain.