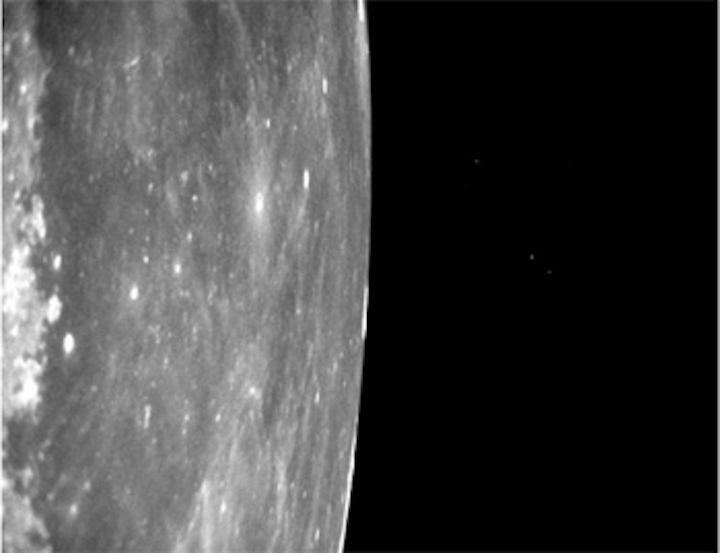 The existing HAS2 CIS offered today by On Semiconductor is designed for Attitude and Orbit Control (AOCS) space applications. The spacecraft attitude is calculated based on observed positions of stars, which are located and identified in an image of the sky.

The HAS2 was developed and qualified under the General Support Technology Program of the ESA. The device features an array of 1024 x 1024 active pixels (18 µm) and supports on-chip nondestructive readout and multiple windowing.

The HAS3 next-generation CIS to be jointly developed by On Semiconductor and the ESA will be a 1280 x 1280 pixel, radiation tolerant CMOS image sensor that features 11 x 11 µm2 pixels. The HAS3 sensor will support multiple windowing, will be made available in a fully hermetic sealed package and have the option for backside illumination.

In July 2011, the silicon supplier producing the HAS2 wafers for On Semiconductor announced that they would be discontinuing manufacture of the earlier HAS2 product. On Semiconductor followed industry Product Change Notification procedures and put its HAS2 image sensor on a “Last Time Buy Status” and secured ample product inventory to supply the product to customers to service their predicted needs.

After this period, it is expected that the next-generation HAS3 being jointly developed with the ESA will equip the next generation of Active Pixel Sensor (APS) Star Tracker.