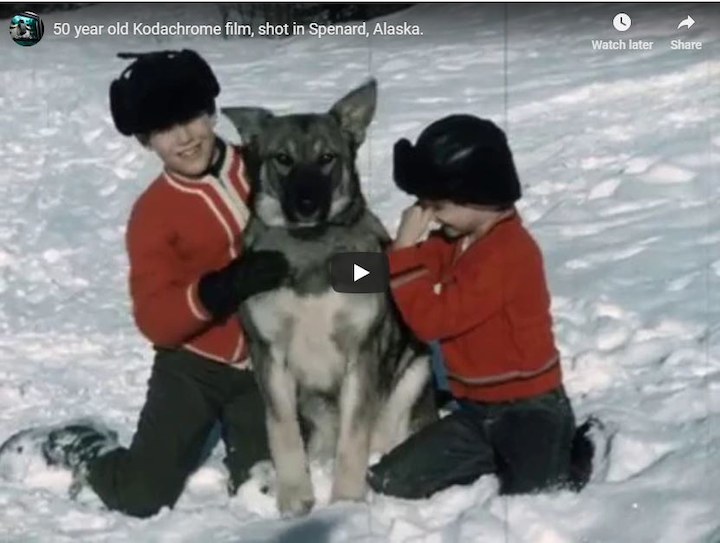 We hope you’ll enjoy watching this YouTube video filmed 50 years ago in Spenard, Alaska. The film from this video was shot on Kodachrome Film. It was shot by Reed Bovee from Reflex Technologies in 1969.

Norpix was pleased to offer Film Scanning using Streampix 7 to make this video as enjoyable as possible for all to watch using modern technologies.

“My older brother Grant, our dog Muktuk and myself in February of 1969”, ReflexFilmScanner