The Challenge of Aerial Imaging: Achieving a Clear and Sharp Image 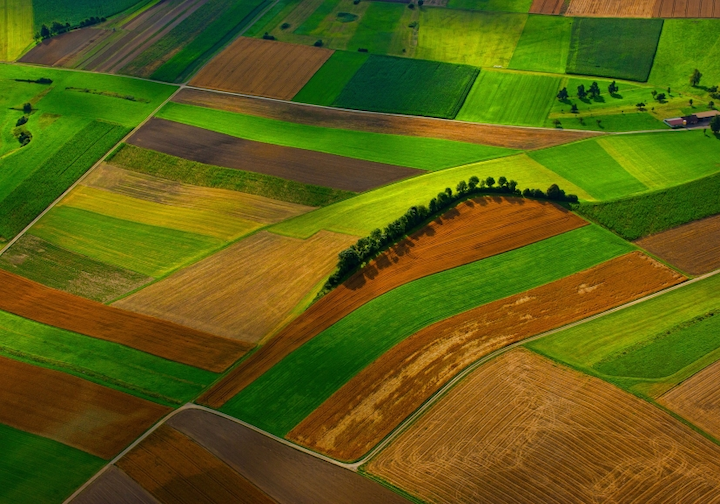 Achieving a clear and sharp image is one of the many challenges that come with designing and implementing a vision system where motion is involved. This is especially true when it comes to an imaging payload on board an aircraft. As it flies over the area of interest, the camera’s exposure time must be short enough to capture the image cleanly and without introducing motion blur from the direction of travel of the aircraft.

This blog post walks through the concept of blur in terms of imaging from a moving aircraft and show how to calculate the maximum speed at which an aircraft can fly based on the ground resolution required from the system.

When designing a vision system to work with any type of aircraft, a particular ground resolution or ground sampling distance (GSD) is required. This is the smallest dimension needed for the camera to be able to resolve and should be at least twice as small as the smallest feature to be measured. Aerial systems also usually have a set working altitude, or in this case, height above the ground. The following formula can be used to determine the ratio between the lens’ focal length and the camera’s pixel size.

Motion blur occurs when the subject is moving too fast in relation to the camera that is capturing the image. In aerial imaging, this occurs when the same ground information is measured by multiple pixels during the exposure time due to the movement of the aircraft. As seen below, this is most easily visualized by projecting the sensor’s coverage area onto the ground below the aircraft.

If the same point on the ground is registered by multiple pixels, the image will lose definition and be unusable. This can be quantified mathematically with the following equation:

How Can I Minimize Blur?

To minimize motion blur, ensure that the calculated blur value does not surpass 0.5 during the camera’s exposure time. Any longer than this and data being captured by a certain pixel could move over to the neighboring pixel and distort the image. This translates to the aircraft travelling no more than half of its GSD during the exposure time. 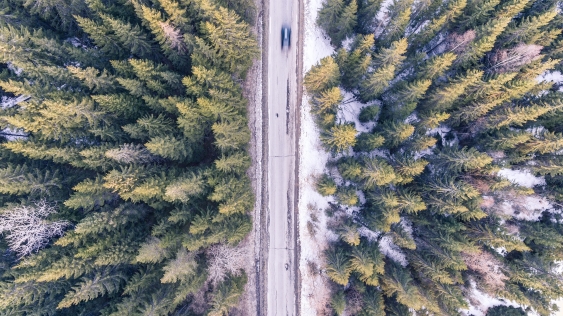 Knowing this, the aircraft’s maximum ground velocity can be easily calculated by setting the blur value to one half:

A practical example where this equation becomes useful is implementing the equation into an aircraft’s flight control system along with a Lumenera industrial camera and associated Lumenera API. This allows the camera’s auto exposure setting to be turned to achieve consistent image brightness while querying the exposure time to govern the aircraft’s speed and capture images with zero motion blur introduced by the aircraft’s velocity.

How Can I Fly Faster?

Achieving a higher aircraft velocity can be accomplished in a number of ways: Select a camera with larger pixels, fly at a higher elevation above the ground, or use a lens with a shorter focal length. However, all of these solutions will increase GSD, which is not desirable for many applications.

The other variable to consider is the camera’s exposure time. By shortening this time, the aircraft’s velocity can be increased without introducing blur into the image.

The exposure time is limited by the camera’s ability to convert the available light into an electrical signal that will make up the image data. This conversion will happen faster in cameras with higher sensitivity. So, by selecting a more sensitive camera, the aircraft will be able to fly faster.

Another factor to consider is the camera’s read noise. A camera with low read noise can apply a higher gain at the image sensor level and further shorten the exposure time, once again allowing the aircraft to fly faster.

How Can I Cover More Ground?

As most aerial imaging applications involve taking more than a single image, systems should be optimized to cover as much ground as possible per flight. While increasing the aircraft’s speed is a good way to increase ground coverage, there are other ways to accomplish this. 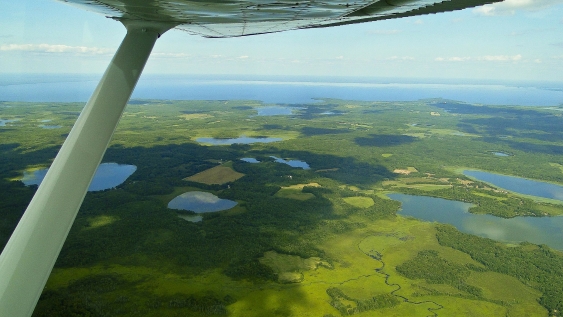 The equation below highlights the contributing factors to ground coverage:

Again, increasing GSD provides a two fold increase in coverage as ground velocity can be increased. However, this option is not always ideal.

As orthophoto software improves and image stitching algorithms increase in effectiveness, the percentage of required image overlap can diminish, which increases coverage rate. However, increasing the number of pixels perpendicular to the direction of travel will greatly increase the coverage rate. Fewer passes over the area to be surveyed are required because each pass covers a wider area.

For a given pixel size, increasing the image sensor size allows for more pixels on the sensor and directly translates to a higher coverage rate. With imaging systems, while considering other limitations, the most desirable option is the largest image sensor possible. However, it is important to match the lens to the camera’s sensor format. For more information on selecting a leans for a vision system, read the Lumenera White Paper: Getting it Right: Selecting a Lens for a Vision System.

Motion blur in an aerial imaging system is directly tied to the required ground sampling distance. Finer ground resolution requires lower ground velocity. This can be overcome by using shorter exposure times which can be achieved by using cameras with increased sensitivity and/or lower read noise levels. Low noise allows for higher gain levels can be used without introducing unacceptable levels of noise into the image. Higher gain levels allow the camera to operate at shorter exposure times and help reduce motion blur.

For more information, read the Lumenera White Paper: The Most Important Camera Parameters for Aerial Imaging.

If you have any questions, reach out to our imaging experts at info@lumenera.com.

From 27 to 28 May 2020, chii 2020 will take place in Graz, Austria. International experts and users will meet for the fourth time to discuss developments and innovative application possibilities of hyperspectral imaging.
Jan 22nd, 2020