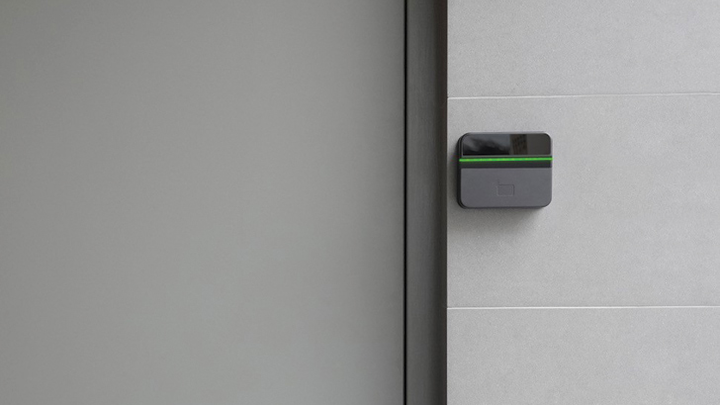 With the Alcatraz access control system, employees can keep walking and get authenticated as they go.

In corporate, government, and healthcare facilities today, physical security is most often enforced with a badging system, where employees use a badge, phone app, or fob device to gain entry. Biometric readers or security guards are two ways to manually enhance physical security access points, while fingerprint and iris scanners offer an automated method. Drawbacks to these automated technologies exist however, including increased friction and employee interaction.

Realizing this, startup company Alcatraz AI (Palo Alto, CA, USA; www.alcatraz.ai) developed a multi-camera, embedded system leveraging artificial intelligence (AI) technology and 3D data to automate the process of access control. Vince Gaydarzhiev, CEO, notes that the idea first arose at Apple, where he and some team members previously worked. Despite hundreds of projects under development at the same time, requiring tens of thousands of employees to have different NDAs and various security levels, the company utilized badges and guards at nearly every door. While this is feasible for a company like Apple, it isn’t for all companies, says Gaydarzhiev.

“Physical access control is an area that spans all technologies, including badges and biometric technology, and virtual badges on phones,” says Gaydarzhiev. “With our technology, you don’t have to do any of this. You just keep walking to get in, and you get authenticated as you go.”

In developing the system, it was evident early in the process that some of the standard security and surveillance technologies would not work for the system that Gaydarzhiev and colleagues had in mind.

“We identified some problems to solve early on in development, the first of which is that normal color surveillance cameras would not work on their own for this system, because they are easily spoofed,” says Gaydarzhiev. “Second, for facial recognition to be right by a door and connected to physical access control, it needs to be secure and fast enough so that the system sees someone and unlocks the door without them having to stop.”

Another issue with access control is employee enrollment. In other biometric solutions, employees must go to human resources to take a scan of the face, fingerprint, or iris, says Gaydarzhiev. The Alcatraz system lets people enroll by badging in as normal, and over time—using AI—the system learns a person’s face, and what badge number corresponds to that face. When more people go through the system over time, each person’s biometric profile is based on the badge, and once that happens, the system eventually identifies a person just from their face and automatically unlocks the door. During this period, the system captures numerous images of a person badging in, which helps train the AI system on 3D recognition capabilities.

“A challenge in using 3D is that there are no data sets,” says Gaydarzhiev. “We created our own data sets and trained the system on them, to be able to use the data to increase accuracy and speed of recognition.”

After the enrollment period, the system continues to work the same way. Once there are changes in the frame, the Alcatraz system goes to work, and the system begins processing to determine if a person’s face matches a stored biometric profile.

“This technology creates a solution that is completely transparent to users, so they don’t have to interact with anything,” says Gaydarzhiev. “We are making a solution that is scalable and creates security without adding friction.”

At time of publication, Alcatraz AI has more than 40 pilot projects underway.