Intel has announced the release of its Neural Compute Stick 2 (Intel NCS2) which is a USB 3.0-based deep learning inference kit and self-contained artificial intelligence (AI) accelerator that delivers dedicated deep neural network processing capabilities to a range of host devices at the edge. 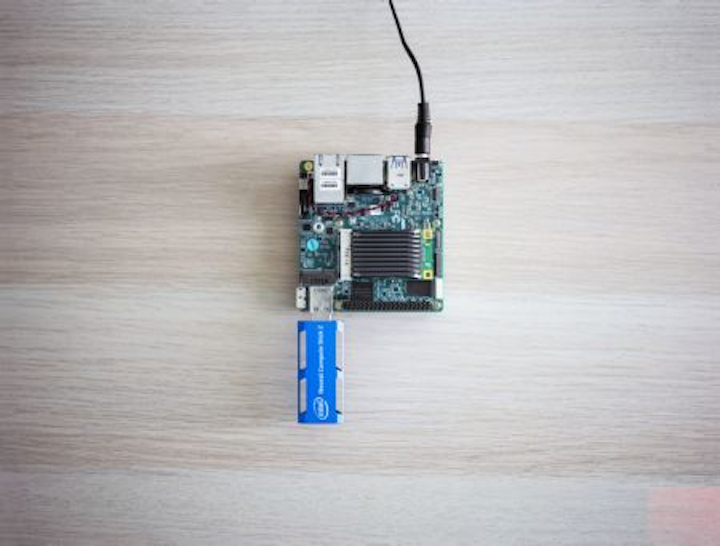 Intel has announced the release of its Neural Compute Stick 2 (Intel NCS2) which is a USB 3.0-based deep learning inference kit and self-contained artificial intelligence (AI) accelerator that delivers dedicated deep neural network processing capabilities to a range of host devices at the edge.

Enabling deep neural network testing, tuning and prototyping, the Intel NCS2 was designed to bring developers from "prototyping into production," by leveraging a range of Intel vision accelerator form factors in real-world applications.

"The first-generation Intel Neural Compute Stick sparked an entire community of AI developers into action with a form factor and price that didn’t exist before. We’re excited to see what the community creates next with the strong enhancement to compute power enabled with the new Intel Neural Compute Stick 2," Naveen Rao, Intel corporate vice president and general manager of the AI Products Group.

With a PC and the Intel NCS2, developers can have AI and computer vision applications up and running in minutes, according to Intel. The sticks ports to computer via USB 3.0 and requires no additional hardware. Supported deep learning frameworks include TensorFlow and Caffe, and compatible operating systems include Ubuntu 16.04.3 LTS (64 bit), CentOS 7.4 (64 bit), and Windows 10 (64 bit).