Get to know Arndt Bake, Chief Marketing Officer, Basler, in this month's Faces in Vision article. 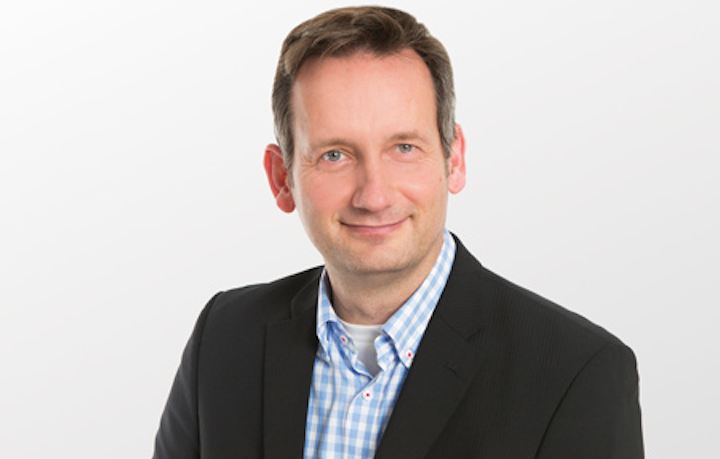 What are three interesting things about you that people might not know? I grew up in Northern Germany, near the Danish border. So even though I am German, I have a lot of Scandinavian traits in my character. At some point in my career I had to choose my leadership role model between Mr. Spock, the intellectual, Scotty, the tech guy, or Capt. Kirk. I finally choose Capt. Kirk because he is bold and not afraid to make decisions, while being humorous and relaxed. The third thing is that, when I was a teenager, I wanted to be a rebel, even though my parents were very relaxed. So, my girlfriend persuaded me to get my ear pierced. So I did that, and when I came home, my mom looked at me and said: "Oh, you are a pirate now." That was it. The rebellion just drowned because there was no resistance. 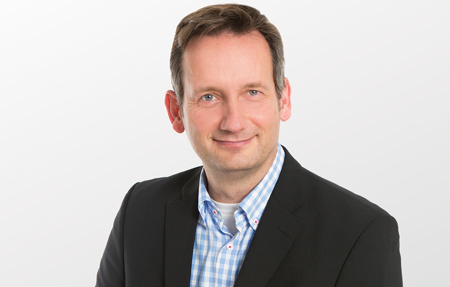 What are your top three favorite movies of all time? 2001: A Space Odyssey, Dead Poets Society, and Once Upon A Time in America.

What are your top three favorite TV shows of all time? I don't really watch TV. My kids keep me occupied. I prefer to read books. I love Hitchhiker's Guide to the Galaxy. I also really liked Sophie's World, it's a Norwegian novel, which is like philosophy for beginners. That said, I do like the old Star Trek series from the 1970s, and The Streets of San Francisco with Michael Douglas.

What are three of your favorite bands or musical acts?I love Amy Winehouse. It is so sad that she died at only 27. I also like Sunrise Avenue and Samu Haber.

What do you like to do in your free time?I like to spend time outside. I do a lot of sailing and I like hiking in the mountains. We often go to Norway for hiking and skiing. And sometimes we would drive south to the Alps.

Why did you choose your profession?My father inspired me to study electronics and I also took economics as the second focus. When I had my first internship, I worked for seven months at a project. When we presented it, we missed a couple targets, and we were told to start over. When I asked who wrote the targets for us, I was told that the product manager talked to customers, and developed the requirements. I thought, that's what I want to do: talk to people and figure out trends, so I went into marketing.

Eventually, I saw an advertisement from Basler that said "we give machines the power of sight," which I found cool. Also, Basler is in northern Germany, so I could sail there. So I came to Basler and have been here for 16 years.

What are you most excited about at your company right now and why? Many years ago when I would tell my friends that I work with machine vision cameras, it was hard to explain what I do. Today, when I tell them how machines see with our cameras, about the self-driving cars that scan their surroundings and things like this, they get really excited.

In what markets do you see the most growth? So machine vision as we know has been usually connected with the factory floor. Now, we see more and more applications in the medical and life sciences field, in retail and more. The gap between factory automation and consumer application starts to close. This is where we see the most growth.

What is one particularly interesting way you've seen your product deployed recently?One project that we are working on is a refrigerator camera. The idea is that you can pull out your phone in the supermarket and check if you have enough milk. In a couple of years, most fridges will have cameras in them.

Another project is interactive advertising. For example, the man on the poster starts talking to you and then the camera determines that you are there with kids, and so the virtual person tells you that this car has enough room for kids. At the Vision show in Stuttgart we showed how it can work, when a camera determines your gender and age. And this is just the beginning.