ABB has announced that, with the opening of a new robotics plant at its facility in Auburn Hills, MI, it will start producing industrial robots in the United States immediately. 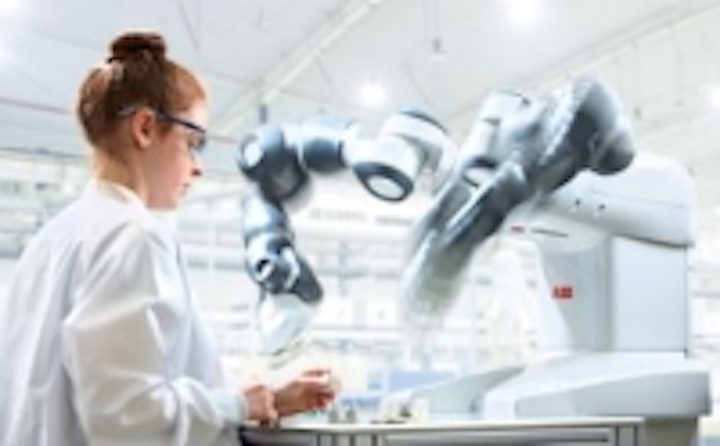 ABB has announced that, with the opening of a new robotics plant at its facility in Auburn Hills, MI, it will start producing industrial robots in the United States immediately.

IFR: Demand for industrial robots will continue to rise

The new manufacturing plant is ABB’s third robotics production facility, joining locations in Shanghai, China, and Västerås, Sweden. This location will be responsible for manufacturing ABB robots and related equipment for North America, which represents ABB’s largest market with $7.5 billion in sales.

Since 2010, ABB has invested more than $10 billion in local research and development, capital expenditure and acquisitions, while taking local employment from 11,500 to 26,300. The investment in the North American value chain and manufacturing, according to ABB, constitutes a significant part of ABB’s global growth strategy.

"Today, we are marking and celebrating the next stage of our commitment and growth in North America with the start of local robot manufacturing in Auburn Hills, US," said ABB CEO Ulrich Spiesshofer. "ABB is the first global automation company to open a robot manufacturing facility in the United States. Robotics is a fundamental enabler of the next level of North American industrial growth in an increasingly competitive world."

He continued, “With our continued commitment and investment, our local team is well positioned to support our customers with robotics solutions made in the United States. Our leading technology of web-enabled, collaborative and safe robots will contribute to job security and quality of work.”

The new North American location is expected to increase the company’s offering and service to robotics customers in North America, which is consistent with the global strategy of establishing a local presence in key robotics growth markets, added Per Vegard Nerseth, Managing Director of ABB Robotics.

This past April, ABB commercially launched its YuMi (you and me) robot at Hannover Messe in Germany. YuMi (pictured) is a dual-arm robot designed for applications such as small parts assembly, where people and robots work hand-in-hand on the same tasks. The robot has soft, padded dual-arms and force-sensing technology to ensure the safety of human co-workers.

ABB’s portfolio of products manufactured at the new facility will expand in phases, with the the goal that most ABB robots and robot controllers delivered in the United States, Canada and Mexico will be manufactured in Auburn Hills.