The Fraunhofer Institute for Photonic Microsystems (IPMS), will debut the 3D adaptive camera with object detection and foveation—a project aimed at enhancing the abilities of robots by improving their sensing system with real 3D foveation properties and increasing their abilities to interact in a natural environment. 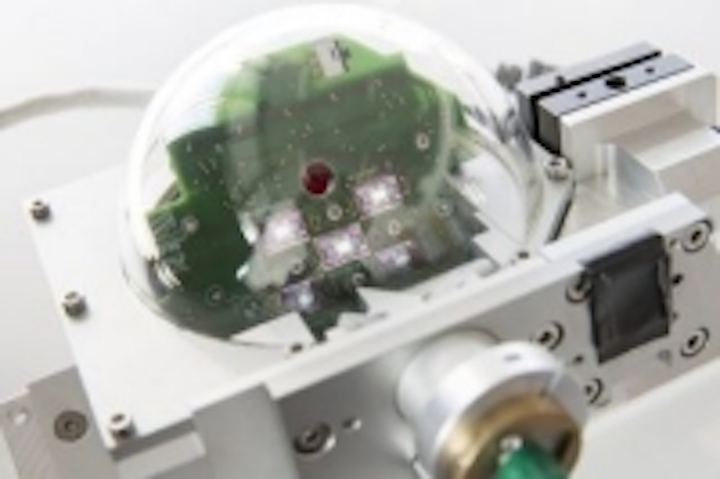 At SPIE Photonics West 2014, the Fraunhofer Institute for Photonic Microsystems (IPMS), will debut the 3D adaptive camera with object detection and foveation (TACO)—a project aimed at enhancing the abilities of robots by improving their sensing system with real 3D foveation properties and increasing their abilities to interact in a natural environment.

The TACO project is a collaboration between five research institutions and two industrial companies in which the group worked for three-and-a-half years to develop a new kind of 3D camera system that would enable robots to perform more demanding tasks, including differentiating between colors, judging distances, and identifying objects and movements in surroundings. The compact line scan cameras use time of flight technology for 3D image acquisition. With such a technology, suggests Fraunhofer IPMS, future generations of robots could be enabled to search their surroundings for objects that appear in their visual field and to only resolve the objects they are looking for, at a higher accuracy. It could also work with a relatively small volume of data and would be able to gain a better understanding of its surroundings.

An optical scanner with five synchronously-operated line scan mirrors developed by Fraunhofer IPMS is at the heart of the camera’s system. The MEMS scanner array enables the necessary receiving aperture for the time of flight telemeter system and was designed for a 3D camera system with an optical scanning range of at least 40° x 60°, 1 MVoxel/s measuring rate of the TOF telemeter system with a 3 mm measuring uncertainty at a measuring distance of 7.5 m. The quasi-static drive of the microscanner allows a line-by-line image formation with a variable refresh rate of <1 – 100 Hz, whereby the vertical measuring point density in the relevant image selection can be locally increased by reducing the scanning rate. The camera’s horizontal image acquisition is enabled by a gimbal-mounted 1.6 kHz resonant micro-mirror, which provides a higher resolution for the time of flight telemetry, with an optical scanning angle of up to 80°.

The TACO project, which also consists of Technikon, The Shadow Robot Company, Oxford Technologies, Vienna University of Technology, SINTEF, and Carinthian Tech Research, was recently completed and a prototype of the camera system will be on display at SPIE Photonics West 2014 in San Francisco, from February 4-6.