While many people out there may be scared about a robot someday taking their job, a new report from the International Federation of Robotics (IFR) shows that from 2008 to 2011, robotics helped to create 80,000 jobs in the electronics industry. 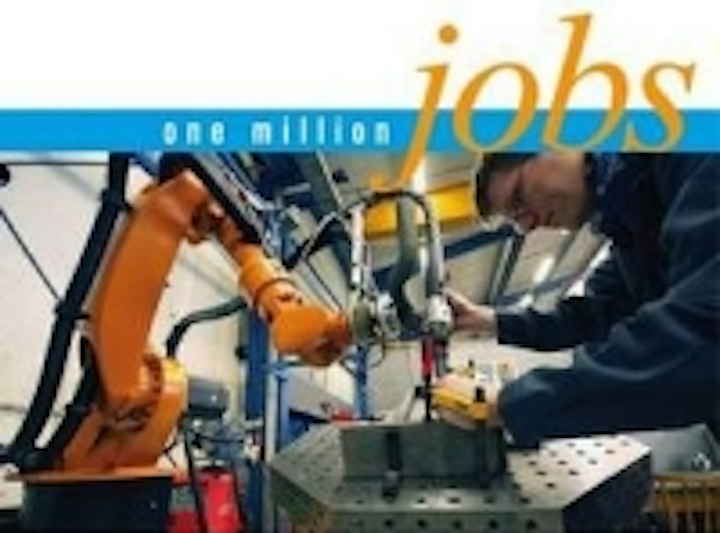 While many people out there may be scared about a robot someday taking their job, a new report from the International Federation of Robotics (IFR) shows that from 2008 to 2011, robotics helped to create 80,000 jobs in the electronics industry.

This new IFR report is based on an updated 2013 study from research firm Metra Martech, which suggested that for every report deployed, 3.6 jobs are created. Expounding on this data and looking to the future, the IFR suggests that by 2016, robotics will account for an additional 110,000 global electronics jobs.

"This encouraging growth trend is evidence that robots do indeed create jobs," said IFR President Arturo Baroncelli in a press release. "In the electronics industry in particular, robots are lauded for their superhuman speed and precision when faced with often dull, repetitive tasks. There is simply no other way to achieve these production levels. The worldwide consumer demand for smartphones, computers, video game consoles, and a new generation of high-tech electronics depends on robotic automation."

Jobs are created from robotics—which are critical to the production and automation process—because electronics manufacturers and their suppliers are gearing up to meet increased demands. As a result, manufacturers are expanding and adding more facilities, recruiting automation specialists and technicians, and hiring support personnel, according to the IFR.

The report also states that at least 2.1 million jobs in the electronics industry depend on robotics, and also sites a number of other success stories when it comes to robots creating jobs.