Engineers at the Navy Metalworking Center (NMC; Johnstown, PA, USA) are developing a prototype system for inspecting the tapers of main propulsion shafts for submarines and aircraft carriers. 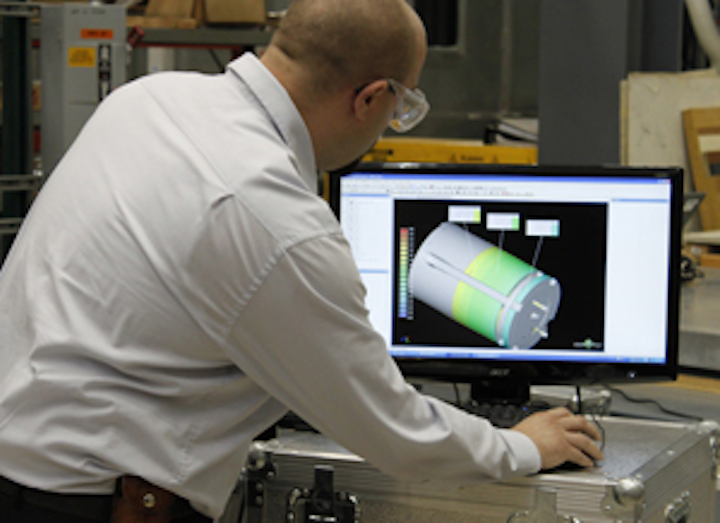 Engineers at the Navy Metalworking Center (NMC; Johnstown, PA, USA) are developing a prototype system for inspecting the tapers of main propulsion shafts for submarines and aircraft carriers.

Power is applied to submarine and aircraft carrier main propulsion shafts through a tapered connection between the shaft and the inboard coupling. Presently, to prevent mismatch, tapers are inspected using heavy and cumbersome gauges, and each taper requires from six to 10 inspections.

Now, the researchers plan to evaluate and deploy white light scanning technology for inspecting the shaft tapers. Working with engineers from Steinbichler Vision (Plymouth, MI, USA) they are developing a prototype for shipyard use. The new system will eliminate the use of labor-intensive, costly, single-purpose gauges and replace them with less expensive systems that allow more rapid inspections to be made of the shafts.

Norfolk Naval Shipyard is expected to implement the technology in August 2012 after it evaluates the prototype scanner. It is expected to be rolled out at three other naval shipyards and the shaft manufacturing facilities after that.

In addition to an estimated cost savings of $10.8 million over five years, safety will be enhanced because personnel will no longer need to employ lifts or to work near suspended loads.