Workers in the UK unconcerned about industrial robots taking their jobs

Despite the fears that some seem to have when it comes to robots and jobs, a survey of more than 2,000 UK workers conducted by machine vision solution supplier Industrial Vision Systems (IVS) indicates that many are unconcerned about the impact new technology, including robots, may have on their current job roles. 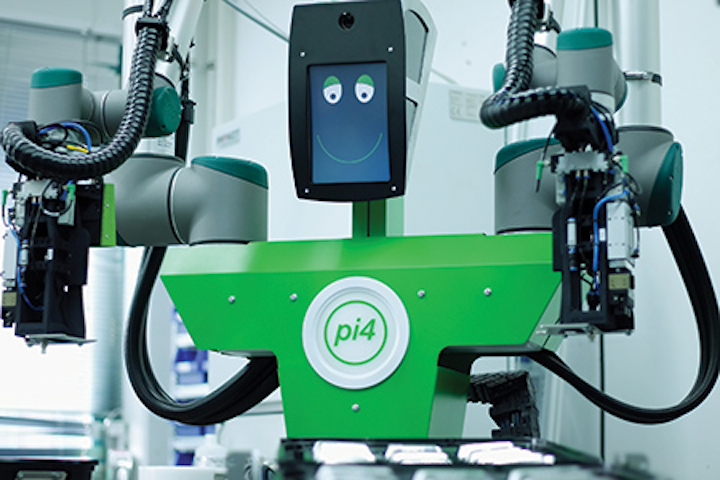 Despite the fears that some seem to have when it comes to robots and jobs, a survey of more than 2,000 UK workers conducted by machine vision solution supplier Industrial Vision Systems (IVS) indicates that many are unconcerned about the impact new technology, including robots, may have on their current job roles.

According to the survey, 39% of respondents would be happy if a factory used artificial intelligence robots to make decisions on quality control, and a further 10% would be very happy. In contrast to this, however, the research found some misconceptions when it comes to the impact that robots and artificial intelligence can have in aiding productivity in the workplace.

Twenty-five percent of people in the survey said that if they had a robot colleague assisting them at work, they would feel threatened that they might take their job, while 22% said they would be sad that it's potentially one less person to talk to in the workplace. Another 18% said that they would be afraid the robot would make a mistake.

In comparison to this, just 11% said that they were confident that the job would be done well if they had a robot colleague, and 13% were generally happy with the idea. Earl Yardley, the director for IVS—which provides vision systems for robots—provides some commentary on the survey.

"This relieves the human worker from what you may call more commonplace work, which means they are then deployed to higher value tasks within the workplace," he said. "In the future, production inspection will include space for an operator and a robot to work in partnership as part of the quality control process of manufacturing."

IVS believes that working with collaborative robots has the added advantage of working safely and efficiently in workspaces currently occupied by humans and that the current misconception of working with vision enabled robots could hinder productivity levels in various sectors and industries.

"These survey results are interesting as we genuinely thought we had crossed to a point where people had started to grasp the benefits that working with automation and robotics can bring," said Yardley. "This survey provides us with the opportunity to highlight to UK workers that they shouldn’t be afraid that they are going to be replaced by vision robotics."

"In fact," he added, "the opposite could be said. Collaborative robots are designed so that the robot and human can work side by side without barriers. By offering ready-to-run inspection solutions utilizing robots and vision in tandem, we are opening a new era for real-time machine vision inspection in manufacturing."