The five people in your life 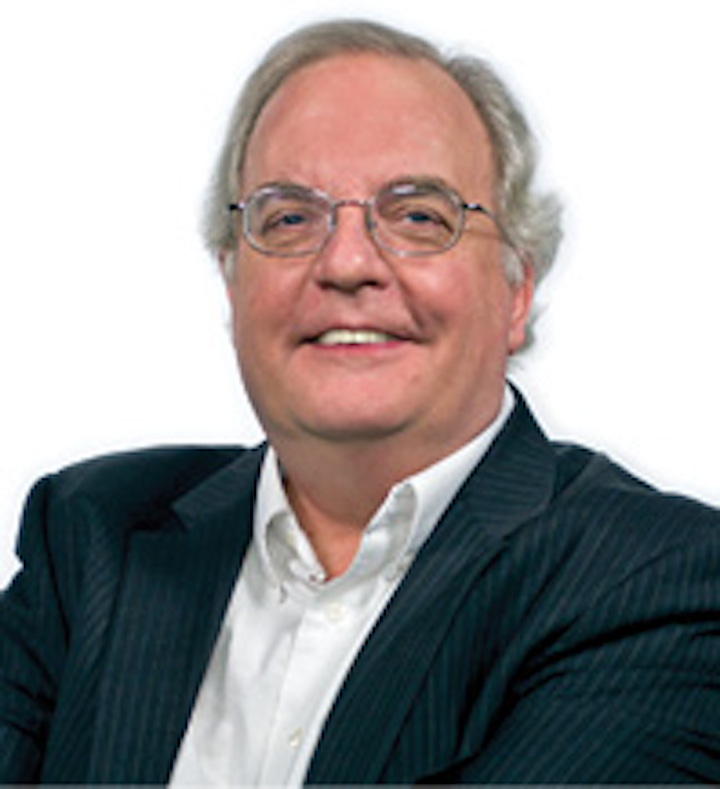 Sunday night before the first day of the Automate 2019 show in Chicago, we were hit with the terrible news that we lost our friend Andrew (Andy) Charles Wilson, the founding editor of Vision Systems Design, and a man who has held the more important titles of husband, father, friend, brother, and son.

Anyone who has ever met Andy throughout the years knows what a unique individual he was, in many ways. First, he was a brilliant guy who cared deeply about his job and the community which Vision Systems Design serves. Some of the things I admired most about him were his endless curiosity, his forthright honesty, and of course, his playful, sarcastic, and odd sense of humor. For example, one of my favorite stories to tell about Andy is when my wife Laura gave birth to our son Jacob (now three years old), he sent flowers to our house with a note that read:

Dear Laura: Congratulations on the birth of your son! I hope that he looks like you. Love, Andy

This past year, when I had to go over to England for a tradeshow, I reached out to Andy beforehand because I was planning to fly out on a Friday to do some sightseeing before the show started on Monday. When I told him I was coming, instead of asking if I’d like to come stay with him, he asked me for my flight information, cell phone number, and what type of beer I like, and said he would meet me at the gate when I landed at Heathrow.

When I got off of the plane and through security, I heard Andy before I saw him. “Jimmy!” he yelled, probably startling the people around him, and gave me a hug as I rounded the roped-off exit area with my luggage.

After a drive I barely remember from Heathrow, we got back to Andy’s house in Clapham, Bedfordshire, where he and his twin brother Dave grew up. After letting me get settled a bit, he told me to play something on his stereo while he got ready. I put in a Pink Floyd album, and he played it at what sounded like the stereo’s maximum volume. “Sometimes my neighbors don’t like it so much when I play rock-and-roll music until 2 AM,” he told me. 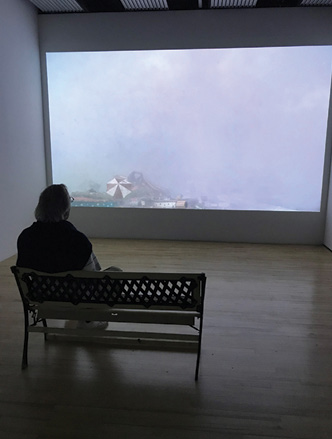 Andy taking in an exhibit at the Hayward Gallery at the Southbank Centre.

He showed me the massive back yard (garden, as he’d call it) that went down to a river in the back and let me ask about the pictures he had in his living room. He spoke lovingly about his son, Doug, as well as the other family members he had on his mantle. The rest of the day and night was one of the longest, most interesting, and funniest days of my life. I was a secondary character in an action-packed episode of the Andy Show, and I was happy to be along for that ride.

Some of the “normal” highlights of the day include miles of site-seeing through the vibrant river festival, a stop at a tiny Italian restaurant in Bedford, meeting some of Andy’s friends, and listening to Andy stories and anecdotes. Some of the “funny” highlights of the day, however, include Andy forcing me to go into a mechanical car-based haunted house ride with him (and me ripping my shorts on the old, rickety ride); interrupting a wedding reception despite my warning to him and his friend that we were—quite clearly—about to interrupt a wedding reception; and all of the surreal conversations that ensued between Andy and the locals at a wine bar we went to, which are maybe not meant to be published in the magazine.

After a day that involved a lot of hot sunlight and walking and a fair amount of red wine and pilsner, Andy and I sat in his garden recollecting the day. He asked me about my son, my wife, and my friends and family, and told me I was lucky. However, he offered me a bit of advice when it comes to the people that are closest to me. He explained that, despite however many people are in my life—friends and family included—there should only be exactly five people that I would be willing to give $1,000 of my own money, without ever expecting to see it back.

I had a hard time limiting my list to only five, saying I have more than that, and that I consider myself lucky for that to be the case. Andy was adamant, however, that I limit this list to only five, no exceptions, and that it should mostly consist of family. Shortly after, we called it a night, as we had to get up early the next morning to meet our former colleague Bob at Gatwick Airport, so we could go into London for the day.

Our day in London was once again an adventure, though an entirely different type. We spent the day getting on and off one of those open-top bus tours, seeing as much as we could. We saw the Tower of London, Buckingham Palace, The London Eye, a tour on the River Thames, and a lot more. Andy wouldn’t let us pay for a thing, and if he was tired at all, he certainly did not show it. He never mentioned his “five people” guidance during the day, but I did think about it.

After yet another impossibly-long day, Andy dropped Bob and I back at the airport, so we could take off for Farnborough. He gave me another hug and thanked me sincerely for coming to see him. He spent the whole weekend bringing me around, paying for everything despite my resistance, and letting me stay at his house, and he thanked ME. That was the last time I saw him, but it may have been—unfortunately for me—the first time I got to see the “real” Andy.

There are a lot more stories and details from the weekend I could write about, but there is only so much space in the magazine. His advice stuck with me for a while though, and not so much because I agreed with it, but for two other main reasons. He even included a reminder in an e-mail he sent me after we parted ways:

All the best to you and your family. They are the ones you can count on five fingers!

First, I appreciated the fact that Andy was trying to give me this life advice that he considered so important. Secondly, I think that after seeing this new side of Andy, that—even if he believed his list was only five people at that point in time—there were many people who meant a lot to him, and that perhaps the list was much bigger than he thought, or at least had room to grow.

Andy will be missed by many. For those interested in leaving their thoughts, please e-mail me at jamesc@pennwell.com. If you’d like to read what others have to say about Andy, please visit: http://bit.ly/ANDY-W.