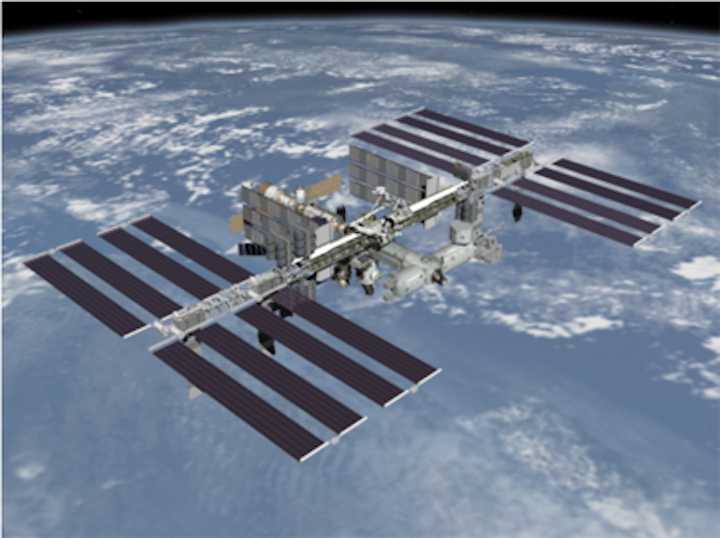 The e2v CCD47-20 imaging sensors were selected by Sodern (Limeil-Brevannes, France) as part of the two key systems they delivered for the ATV -- an SED16 star tracker, an optical device used for determining the orientation of the spacecraft by measuring its position relative to stars, and a Videometer, the primary rendezvous and docking sensor for the spacecraft.

Built under a contract from Astrium, the first and second ATVs (Jules Verne and Johannes Kepler) were also equipped with the same imaging sensors and successfully completed their missions in 2008 and 2011, respectively.

The Edoardo Amaldi ATV (named after the famous Italian physicist and spaceflight pioneer) was carried into orbit onboard an Ariane 5 rocket from French Guiana and hauled almost 7 tonnes of cargo to the ISS 360 km above the Earth. The spacecraft is equipped with its own propulsion and a high-precision navigation system, which uses e2v imaging sensors to automatically guide it into dock at the ISS.

The ISS relies on frequent deliveries of equipment, spare parts, food, air and water for its permanent crew. The unmanned ATV is essential in delivering supplies to it and will stay attached to the station, providing re-boost and attitude control until August 27 2012. It will then be undocked and commanded to burn up in the atmosphere over an uninhabited area of the southern Pacific Ocean.