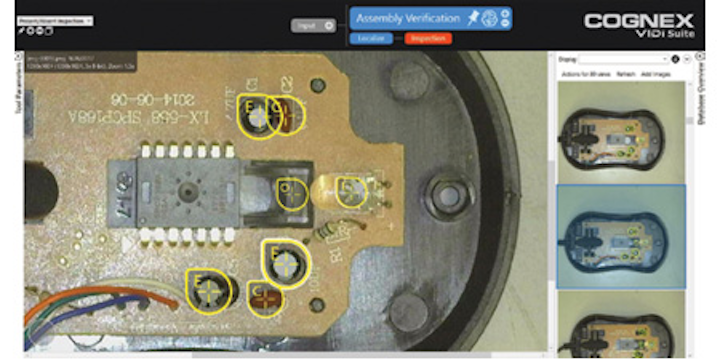 One of the most talked-about buzzwords of late is "deep learning," which is an area of machine learning that enables computers to be trained and learn. Deep learning-which can be accomplished through architectures such as artificial neural networks-imitates the way the human brain works by processing data and creating patterns for use in decision making. 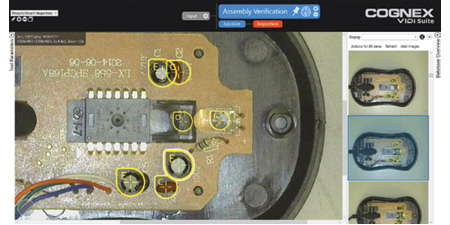 Major companies such as Google, Facebook, IBM, Intel, and Microsoft have made recent headlines regarding their involvement in the deep learning space, but as of late, some machine vision software companies have deployed the technology within their products, while others base their entire product on it.

Take, for example, ViDi Systems (Villaz-St.-Pierre, Switzerland;http://www.cognex.com/products/deep-learning/dl-software/) a company acquired by Cognex (Natick, MA, USA; www.cognex.com) earlier this year. Founded in 2012 by Dr. Reto Wyss, a computational neuroscience Ph.D., the company developed software that uses artificial intelligence to improve image analysis in applications where it is difficult to predict the full range of image variations.

"We see deep learning as complementary to traditional machine vision," explains John Petry, Director of Marketing for Vision Software at Cognex Corporation. "Classic geometric pattern finding and edge detection are still the best way to provide sub-pixel accuracy for robot guidance or other precision measurements. Deep learning is most valuable in human-like judgment of part quality and other example-based decisions and because it's trained by example, it doesn't require advanced vision skills previously needed for inspection applications." 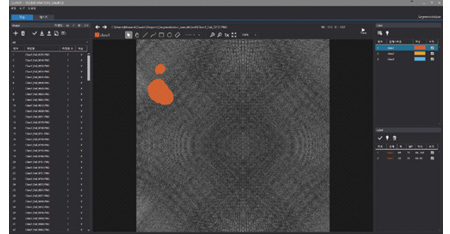 SUALAB (Seoul, South Korea;www.sualab.com) is another company that develops deep learning-based machine vision software. Another Innovators Awards Platinum-level honoree, SUALAB recently released its SuaKIT inspection software, which is a library based on actual image data generated from various industrial sites which has the primary functions of segmentation and classification. When the software's deep learning algorithm is taught new images of normal and defective products-at a speed of up to 1,000 2,048 x 2,048 images in 30 minutes-a neural network is used to autonomously identify the values for defects.

Even users without significant coding experience can use the software, as it does not require instance-by-instance coding, but works through self-learning by gathering and entering data on defects, according to the company. SuaKIT is also designed so that through CUDA (Compute Unified Device Architecture) technology, data can be processed at high speed through a high-performance GPU. 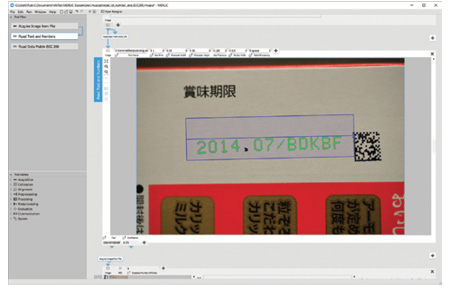 "Using deep learning, errors in inspection processes can be dramatically reduced, because it is based on the system that learns on its own and further refines itself, simply by gathering and entering data on defects," said Hanjun Kim, Business Group Associate Manager, SUALAB. "Deep learning, along with CUDA technology, thus enables SuaKIT to exhibit higher level of performances (over traditional methods) even in manufacturing processes that require high speed."

MVTec (Munich, Germany;www.mvtec.com) has also incorporated deep learning technology into its well-known HALCON and MERLIC machine vision software products. Since HALCON 13, MVTec is offering deep-learning based optical character recognition (OCR). The software now contains an OCR classifier based on deep learning technology which can be used via a number of pretrained fonts. With these, according to the company, it is possible to achieve higher reading rates than with all previous classification methods.

Additionally, according to a company press release, with forthcoming releases of the software, customers can conduct training of convolutional neural networks (CNNs) based on deep learning algorithms. The trained networks can then be used to automatically classify the image data corresponding to the pre-defined classes.

Johannes Hiltner, product manager HALCON at MVTec, commented: "With the new HALCON version, we are specifically addressing a current trend and strong market need for machine vision. By using their self-trained networks, customers save a great deal of effort, time, and money."

He continued, "For example, defect classes can be identified solely through reference images. Tedious programming for identifying different defect classes is therefore no longer necessary. In the industrial machine vision environment, deep learning is mainly used for classification tasks which appear in many application areas, e.g., in the inspection of industrial goods or the recognition of components." 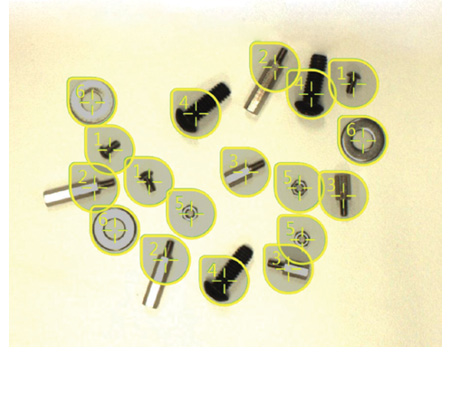 MVTec also published a video (http://bit.ly/VSD-MVT) of a MERLIC-based machine vision solution reading use-by dates with its deep-learning based "Read Text and Numbers" tool, which now supports OCR based on deep learning.

Another company developing deep learning software is Cyth Systems (San Diego, CA, USA;www.cyth.com). Neural Vision is designed for users with no machine vision experience to inspect and classify products. In traditional machine vision systems, a programmer chooses an analysis algorithm to apply to an image, such as hole detection, temperature analysis, or width measurement to inspect an image and determine good or bad parts.

As the system is fed images of relevant objects and told either what unique parts are, or if what it is seeing is good or bad, it applies millions of algorithms to learn to identify what is being seen. By showing the system a wide range of variation such as lighting, shadows, and environments, it will learn to understand what features are important or not important to identify a part.

"Cyth has worked in AI for several years and it's been remarkable to see how recently the technology has reached a new level of usability in the machine vision space. Once a proper inspection environment is in place, Neural Vision allows users with no machine vision experience to have complete control of their inspection needs," said Andy Long, CEO, Cyth Systems.

As companies such as these develop deep learning software and software tools, and as more and more users deploy them successfully in their applications, deep learning could be something that becomes increasingly popular and prevalent in the marketplace.