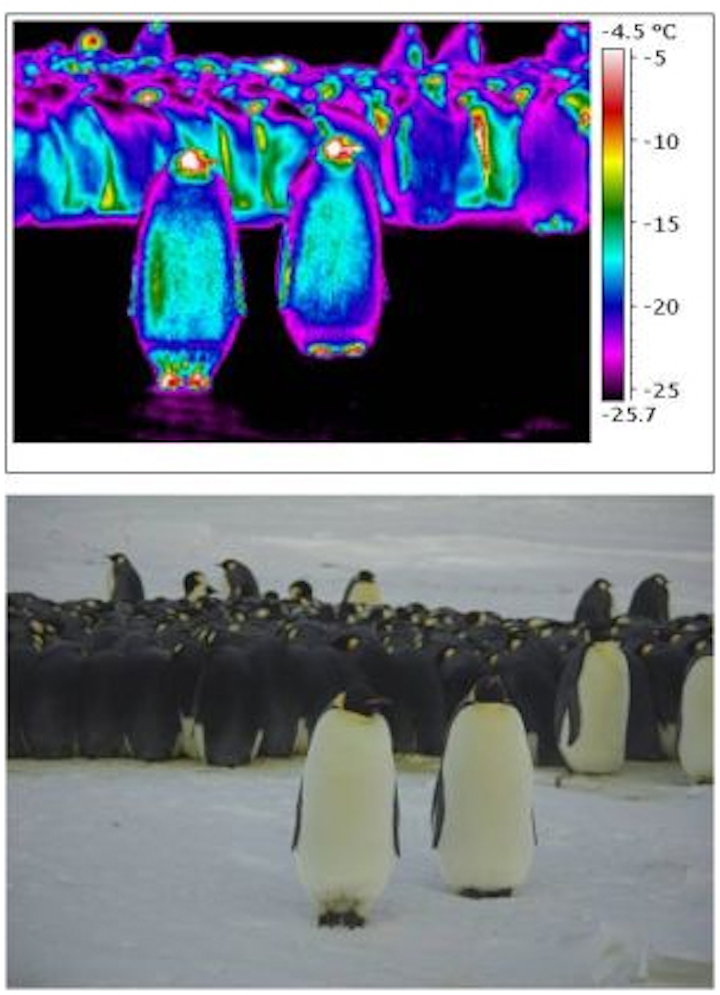 Despite living in one of the coldest places on Earth where temperatures can reach -40C, Emperor penguins retain their body heat not only because of their plumage and layers of fat but also because the surface of their feathers are colder than the surrounding air.

After studying penguins in Adélie Land, scientists from Glasgow's Institute of Biodiversity, Animal Health & Comparative Medicine and the Université de Strasbourg, determined that the surface temperature of the birds was four degrees cooler than the surrounding air. The only parts of the penguins warmer than the air were the eyes, beaks and feet. Only the eyes were warmer than freezing.

Penguins maintain a core temperature of around 36.9C when incubating their young and, like any animal, will lose heat to the surrounding air as a result of thermal radiation, when heat from their warm bodies transfers to the colder air.

However, because the plumage is colder than the surrounding air, computer simulations showed this 'cold coat' may gain them back a little heat from the warmer air circulating around them. Though this regained heat is unlikely to reach their skin, it could help reduce some of the heat loss from the body by thermal radiation.

The findings were reported in the latest edition of the journal Biology Letters. More information is available here.

An international team of scientists has used satellite images to estimate the number of penguins at each colony around the coastline of Antarctica in order to produce more accurate population studies.

As a result of the increase in the speed and size of farm equipment, the risk of wild animals being accidentally injured or killed during farming has increased dramatically.