Researchers at Louisiana State University (Baton Rouge, LA, USA) have developed a camera-phone based system that can estimate the nutritional value of food. 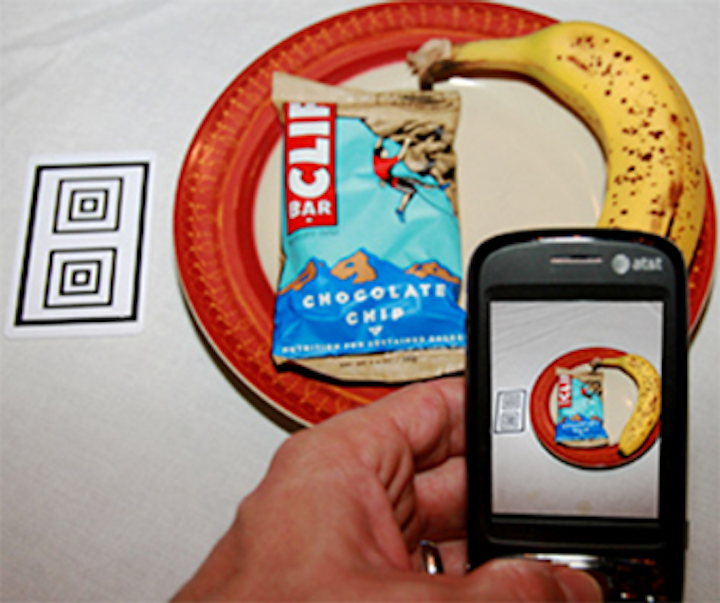 Researchers atLouisiana State University (Baton Rouge, LA, USA) have developed a camera-phone based system that can estimate the nutritional value of food.

The system uses the camera of the smart-phone to capture an image of the food on a plate after which image processing software processes the image, analyzing the food by type and amount before reporting back with nutritional information.

Martin and Gunturk's automated image analysis system takes digital food images as input and provides nutritional information as output by comparing the images with a large database of sample images with known weights and nutritional data. It consists of a number of image processing steps, including segmentation, pattern classification and volume estimation.

The segmentation step detects the plate using shape information and sections the regions of food inside it. The classification step identifies the food type in a food region by comparing its color and texture features against the same features of known food images in a database. The volume estimation step analyzes the surface area of a given food in the image and cross references the information with a database to estimate the volume of food after correcting for the viewpoint and distance of the camera from the plate.

The two researchers believe that the system could be used to help in the fight against obesity by enabling individuals to help monitor and control their intake of food.

An interdisciplinary research team at Worcester Polytechnic Institute (WPI; Worcester, MA) has received a $1.2 million award from the National Science Foundation to develop a smart phone application ("app") that will help people with advanced diabetes and foot ulcers better manage their disease.

A group of students from Bataan State Peninsula University (Bataan, Philippines) has developed a software "app" for a smart phone that can help farmers increase their chances of a good rice harvest.