Imaging the brain predicts the pain

Researchers from the Stanford University School of Medicine have developed a computer-based system that can interpret functional magnetic resonance (fMRI) images of the brain to predict thermal pain. 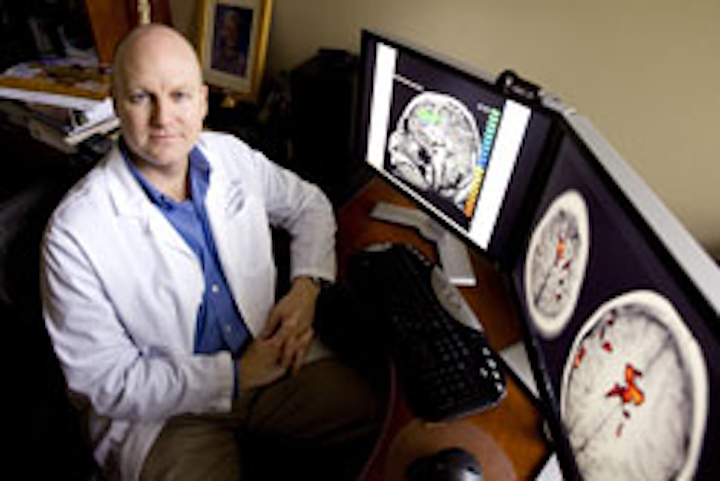 Dr. Sean Mackey of the Stanford University School of Medicine is researching a functional MRI technique that may help in communicating patients' pain levels

Researchers from the Stanford University School of Medicine (Stanford, CA, USA) have developed a computer-based system that can interpret functional magnetic resonance (fMRI) images of the brain to predict thermal pain.

Dr. Sean Mackey, associate professor of anesthesia at the university, said that the fMRI technique could prove particularly important to help a number of patients -- especially among the very young and the very old -- who cannot communicate their pain levels to physicians.

To create the system, the researchers took a set of individuals and captured images of their brain activity using an MRI machine before and while a heat probe was applied to their forearms to cause moderate pain.

Both sets of images were then recorded and used to train a support vector machine (SVM), which was then able to identify from the brain scans of a new set of subjects whether they had experienced thermal pain.

Although the system demonstrated a success rate of 81%, the researchers stress that future studies are needed to determine whether such methods could measure various kinds of pain -- such as chronic pain -- and whether the diagnostic tool could distinguish between pain and emotionally arousing states such as anxiety or depression.