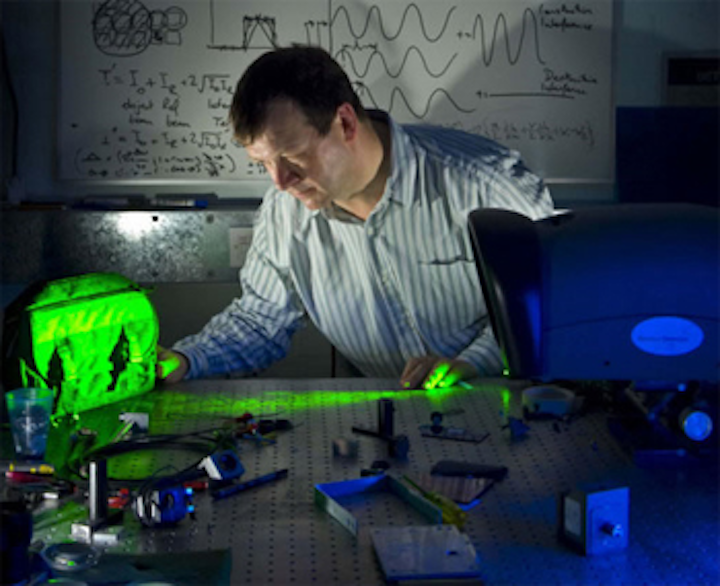 The so-called explosive residue detection (ExDtect) system produces real-time images highlighting the location of any explosive residue within a target region. It then automatically signals an alarm if traces of explosives are detected.

At the National Counter Terrorism and Specialist Security Awards 2012, the ExDtect beat out industry competition to win best product in the electro optic, thermal imaging and night vision category. The award was announced at a gala dinner on Wednesday April 25 at the Royal Garden Hotel, Kensington in London.

Professor John Tyrer from the University’s School of Mechanical and Manufacturing Engineering developed the technology, together with colleagues from the Department of Chemistry. Professor Tyrer’s spin-out company -- Laser Optical Engineering (East Midlands Airport, UK) -- has developed several working prototypes of the system, which is currently undergoing field trials at a number of undisclosed locations across the UK.

“The system is non-invasive, works in real time, causes no delays to passengers and is fully automated, ruling out human error, and the images produced are no more controversial than those generated by CCTV," says Professor Tyrer.

The primary target market for the system is at package handling facilities where its real-time scan capability allows a user to check items for threats. Once a threat has been identified, an item can then be tagged for further analysis in a secure area.