Even after the switchover to digital cameras there was still a disconnect between digital video outputs and computer-input bus requirements. Something was needed to feed video data streaming from the camera into the computer’s memory. That need was met via a piece of hardware called a frame grabber, which plugged directly into the computer’s motherboard and provided a physical port for connecting the machine vision camera. 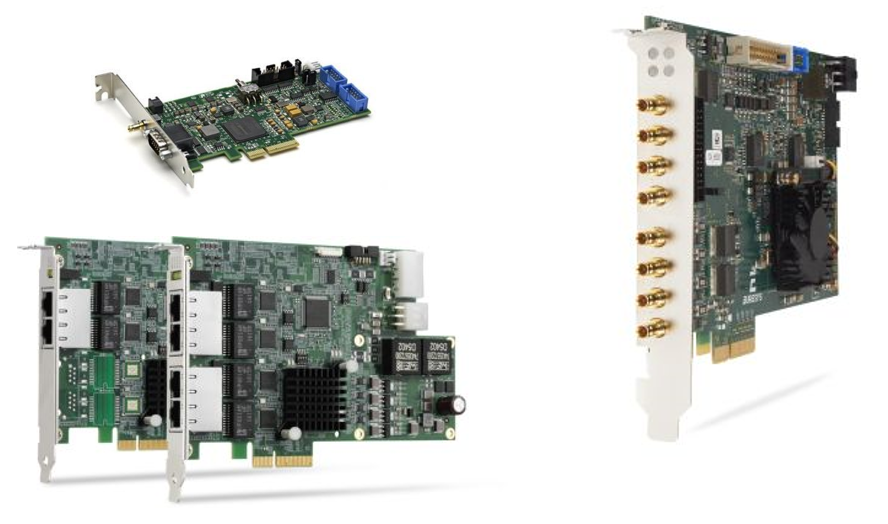 At one time many experts thought frame grabbers would be replaced by direct-to-PC-connect cameras. That has not been the case, however. The reason, perhaps most significantly, is that image sensors continue to produce higher resolution images at higher frame and line rates which far exceed the 120 MB/s serial-interface limit.

Cameras with 4 million pixels capable of running at 60 or 120 frames per second are widely available. With increased data rate comes the need to buffer images for processing and the reduction of time available for processing those images, the two tasks that frame grabbers are best adapted to performing.

The history of machine vision

Components of a machine vision system

How to determine the appropriate lens for your application.
Sep 18th, 2019

Appropriate uses for the wide variety and growing number of cameras in the marketplace.
Sep 18th, 2019

What is machine vision?

The origin and future of machine vision technologies.
Sep 18th, 2019

Vision systems can operate in one or multiple dimensions.
Sep 18th, 2019

When designing a machine vision or image processing system it’s important to decide what kind of result you want from the analysis of the image.
Sep 18th, 2019