Choosing the correct type of lighting in a machine vision application improves the contrast between features of an object being inspected and its background, while maximizing the signal, exposure, uniformity, and suppression of noisy features. Tasks such as barcode reading, gauging, and product identification are performed more easily—making the system more reliable, accurate, and repeatable—when the correct type of machine vision lighting is implemented. 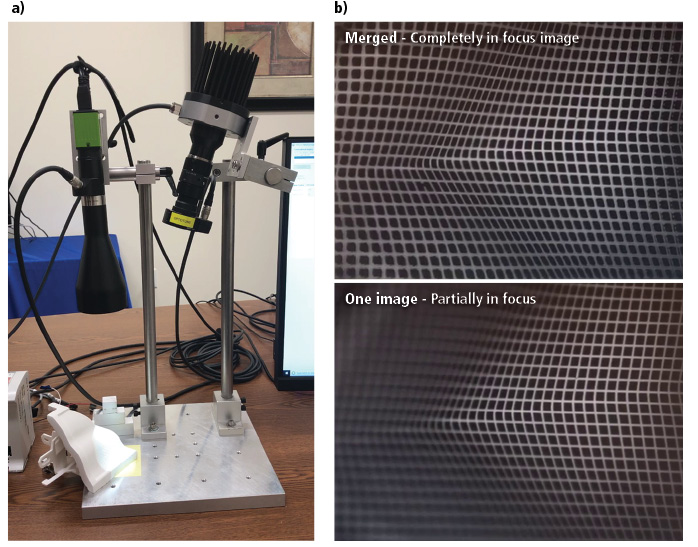 Figure 1: (a) This active extended depth of field demonstration works by simultaneously refocusing the camera and the structured light projector at multiple planes for 3D reconstruction. (b) The image on the top shows a merged image, completely in focus, while the image on the bottom shows one image, partially in focus.

One such example is in hyperspectral and multispectral imaging systems, which help differentiate materials—including man-made products—from their chemical or elemental makeup. This data is useful for machine vision applications involving hidden or internal defect detection, liquid identification, or food inspection, for example.

While such multispectral and hyperspectral imaging techniques have proved quite useful, illumination can pose a challenge as the narrow spectral bands of traditional LED sources must be overcome.

Because of this, companies such as Metaphase Technologies (Bristol, PA, USA;
www.metaphase-tech.com) have developed lighting specifically for such applications. In its hyperspectral LED illumination system—a gold-level Vision Systems Design 2018 Innovators Awards honoree—the company offers hyperspectral (400 nm to near-infrared) and broadband SWIR illumination (1000 to 1700 nm) products designed for hyperspectral cameras, as well as custom options where the full spectrum is not required.

He adds, “Examples include NIR sources that are offered in wavelengths in the 800 to 950 nm range, hyperspectral LED systems with wavelengths in the 400 nm to NIR range, and in the SWIR wavelength range of 900 to 2500 nm, though I have not seen a light source available that delivers above 1650 nm.” 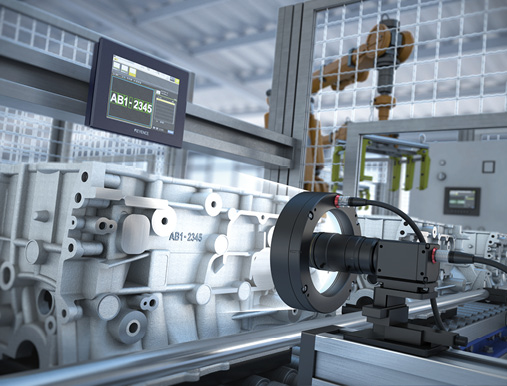 Within the context of machine vision, computational imaging refers to digital image capture and processing techniques combining computation and optical encoding. The technique involves capturing a series of input images under different lighting conditions or different exposures and blending of the images through software to create one output image that enhances image quality or extracts certain features, such as those needed for a specific machine vision task. 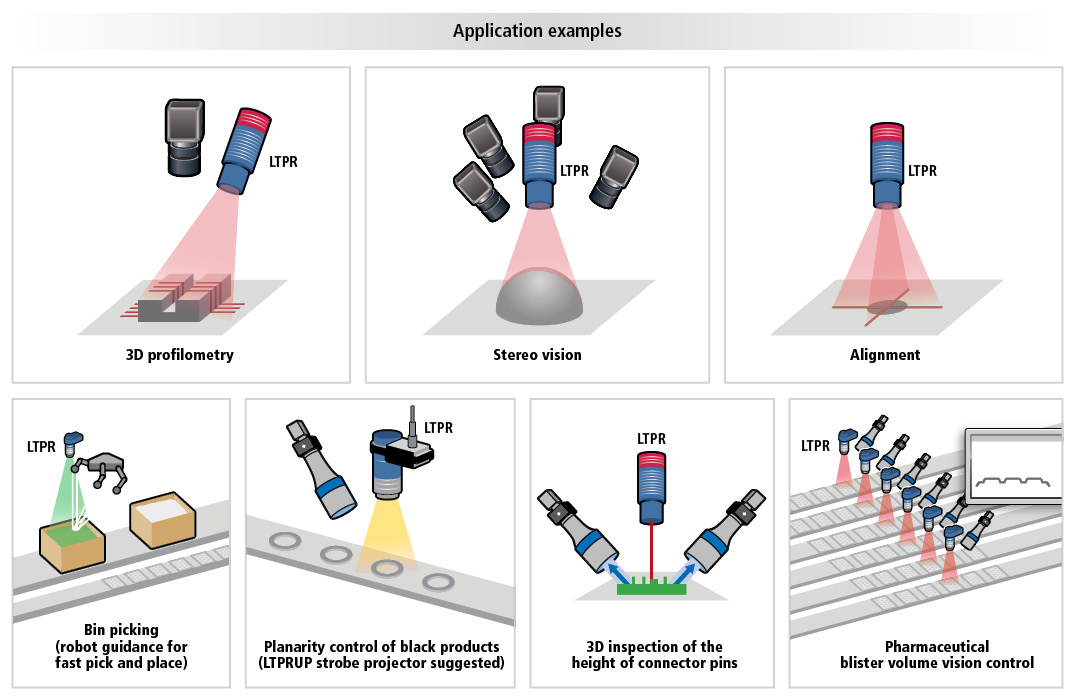 “With computational imaging,” he says, “system designers can start to think in new ways about creating solutions to difficult imaging problems.”

“When we began development of our Quad controller series, our focus was to bring an easier to use, more cost-effective solution to the market,” says John Thrailkill, President and CEO, Advanced illumination. “Like all our controllers, they utilize SignaTech, a proprietary plug-and-play system that enables the customer to operate our lights at peak output without risk of damage.”

Any imaging method deploying 3D technology requires lighting of some sort, whether or not it is from a controlled or ambient source. For example, 3D photometric stereo computational imaging involves the use of a technique called “shape from shading” to separate the shape of an object from its 2D texture. An object is illuminated from several different directions, and images are captured by a single camera. Depending on the differences between the shading of these images, an image of the surface showing both the surface orientation and the texture of the illuminated object can be calculated. An example of this technique can be seen in the LumiTrax system.

LED lights designed specifically for this imaging technique exist and include the RM75-4Z and RM140-4Z (Figure 5) series from Smart Vision Lights. Ideally designed for dark field ring applications and radial illumination lighting configurations, these mini ring lights are sold in kits with the 4ZMD four-channel LED driver, which allows control of up to four separate lights or light zones, either independently or simultaneously, in any combination and at any intensity level. The driver strobes the lights independently for photometric and multi-light applications and—when connected to the company’s programmable LED Light Manager—each channel of the lights can be set to continuous on, off, or any intensity level in between, as well as OverDrive strobe mode.

“The 4-zone lights and 4ZMD driver were designed to work with Cognex In-Sight cameras, making them an ideal solution for users looking to get the most of out of the Cognex SurfaceFX software,” says Dave Spaulding, President, Smart Vision Lights.

In 3D structured light systems, a narrow band of light is projected onto a 3D surface to produce a line of illumination that appears distorted when imaged from an observation perspective other than that of the light or laser being used. Analysis of the shape of these reflected lines can then be used to geometrically reconstruct the object’s surface shape.

Designed specifically for this task as an alternative to lasers are the LTPR series from Opto Engineering (Mantova, Italy; www.opto-e.com), which consist of different LED pattern projectors available with three power intensities (3W, 10W, 90W). When used as part of a system such as a 3D profilometry, stereo vision, or alignment system, the C-Mount compatible-projectors enable applications such as robot-based bin picking, connector pin height inspection, and pharmaceutical blister volume vision control (Figure 3).

“With laser emitters, the illumination decays both across the line cross section and along the line width. Laser emitter lines are also thicker and show blurred edges, and diffraction and speckle effects are also present,” he says. “These projectors were designed to offer thinner lines, sharper edges, and more homogenous illumination than lasers while offering better results when working on reflective objects.”

Designed for the LTPR projectors series are the PTPR series of patterns, which can be easily interchanged by unscrewing the retaining ring that holds the pattern. With an outer diameter of 21 mm and an active projection area a circle of Ø 11 mm, the patterns are offered in standard and custom designs, including numerous options for 3D profilometry, stereo vision, and alignment.

In food inspection environments where washdown is important, all components of a machine vision system—including lighting—must be able to withstand these conditions. While deploying lighting in such environments is not a new concept, a number of lighting companies have developed products specifically aimed at food inspection applications requiring washdown.

With its Monster Washdown Dome, for example, Spectrum Illumination (Montague, MI, USA; www.spectrumillumination.com) introduced an IP68-rated washdown dome that is built with Grade 316 stainless steel and FDA-compliant plastic, ensuring it will be acceptable in food grade environments. The light itself is a “cloudy-day illuminator” dome LED with nine colors and infrared light sources. In use, a camera is put above the dome light looking through the hole in the top of the dome, and objects pass below the bottom of the dome and receive indirect lighting, which helps to remove glare from highly-reflective surfaces.

Smart Vision Lights also offers several LED lights for harsh and washdown environments, including the DFLW-200-4Z dark field washdown ring light, which was introduced at Automate 2019 in Chicago. The light is available in stainless steel or anodized black aluminum housings and features a microlens film that directs LED light beams at a 25º angle toward the object under inspection, which gives the light an extended working distance while maintaining light intensity and uniformity. The IP68-rated light is sold in a kit which includes an external Multi-Drive driver, allowing it to operate continuously or in strobe mode. 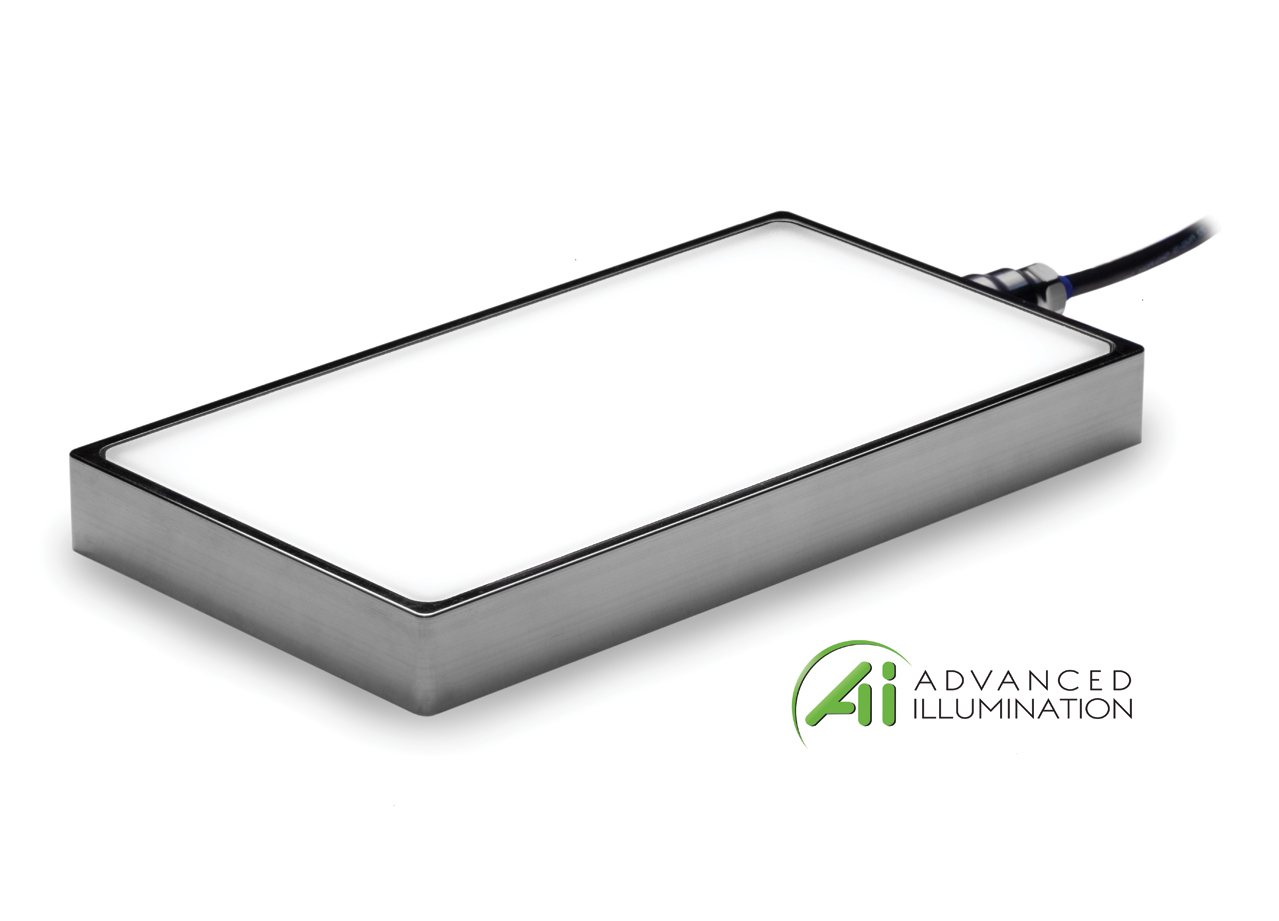 Figure 4: BL245 UltraSeal backlights ensure that corrosive washdown solutions and high-pressure steam cleaning operations have no negative impact on the body of the light.

“Food and beverage applications are one of the fastest growing areas in the machine vision market as customers in these markets are hyper-focused on quality and regulatory concerns,” says Spaulding. “The DFLW-200-4Z (4 zone) adds to the company’s extensive line of washdown solutions for this important market segment.”

Offering IP69K certification are the BL245 backlights (Figure 4) from the forthcoming UltraSeal family of products from Advanced illumination. These lights utilize a proprietary, FDA-compliant nickel finish, ensuring that corrosive washdown solutions and high-pressure steam cleaning operations have no negative impact on the body of the light. With a flush mounted and sealed diffuser providing crevice-free construction, the backlights target food and drug applications, or other harsh environments requiring sealed, cleanable components. 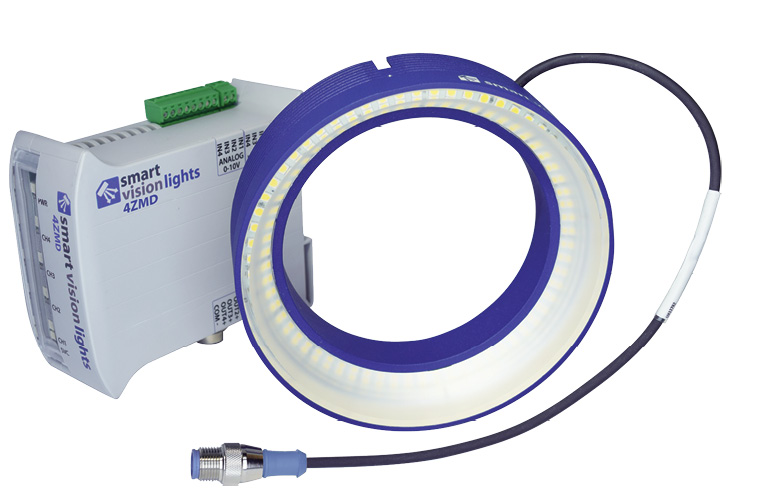 Figure 5: Pictured with the 4ZMD LED driver, the RM140-4Z mini-ring light is a quadrant light in which each individual zone can be controlled independently of each other.