Manual solar panel surveys can be replaced with automated assessments. 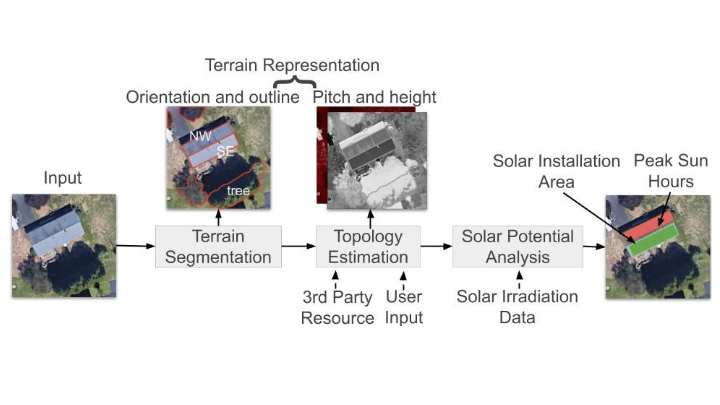 Solar potential surveys are a manual process that determine whether sunlight strikes a rooftop with enough intensity to make worthwhile the installation of solar panels to generate electricity. Several attempts have been made remove the need for these on-site evaluations. The Mapdwell Solar System developed at the Massachusetts Institute of Technology generates 3D models of rooftops using high-resolution LIDAR and runs solar potential estimation algorithms against those models. Google’s Project Sunroof uses similar technology.

In a new research paper titled “DeepRoof: A Data-driven Approach For Solar Potential Estimation Using Rooftop Imagery,” scientists from the University of Massachusetts, Amherst and Microsoft Research in Bangalore, India argue that satellite information, which is less expensive to collect and covers a wider geographical range than LIDAR data, can also be analyzed by CNNs and employed for automated solar potential surveys.

DeepRoof can study all the buildings within a list of addresses or in an area defined by GPS coordinates, or focus on individual buildings. First, a neural network model for image segmentation called a feature pyramid network is used to analyze a satellite image and identify roof segments and their orientations and the locations of trees. 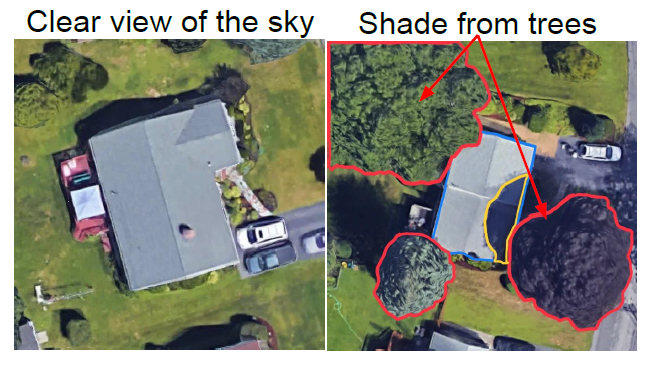 Next, a topology estimation routine uses an outline of a target building obtained via the OpenStreetMap API and determines the roof geometry and orientation of the target rooftop from real-estate and Federal Emergency Management Agency (FEMA) data.

Solar irradiation data is calculated for each pixel in the image that has been identified by the CNN as a rooftop. The calculation accounts for roof orientation, the relative angle of the sun at different times of day, and shade from nearby objects. Finally, DeepRoof determines how many solar panels of a specified size could be placed on the rooftop in question.

Longtime computer vision expert Dr. Takeo Kanade, U.A. and Helen Whitaker Professor at Carnegie Mellon University, presented the 'Think Like an Amateur, Do As an Expert: Lessons from a Career in Computer Vision,” at the 2018 Embedded Vision Summit.
James Carroll
May 2nd, 2019