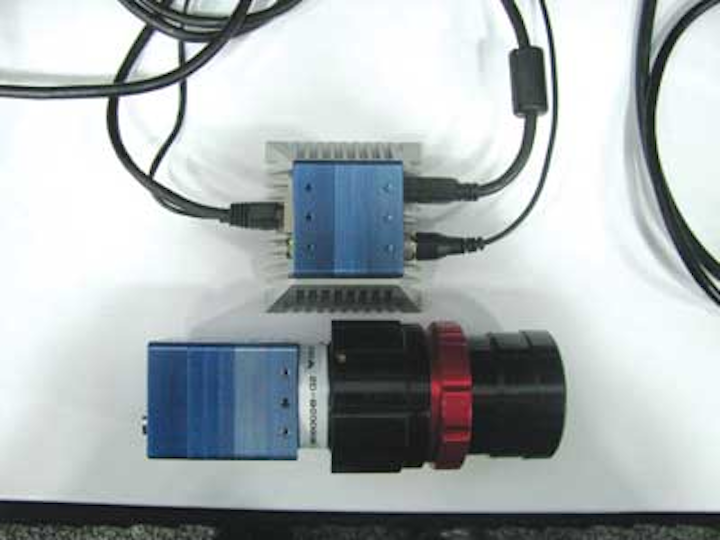 Typically, this analysis is performed using software on a host computer or with image recognition and detection algorithms running on DSPs for single event tracking.

To speed such data analysis further, Eutecus (Berkeley, CA; www.eutecus.com) has developed a Video Analytics Engine that embeds multi-channel image event detection algorithms into Altera FPGAs (Cyclone IV GX and Stratix V). Functional blocks within the FPGA perform event and object classifications via hardware acceleration. These consist of a pre-processing stage to filter incoming images and perform foreground/background separation. Feature extraction is then used to determine specific user-selectable events within images for classification and metadata output. This process provides information about the objects and how they are tracked within the images without massive video review.

To allow developers to evaluate the potential of the system, Eutecus offers a number of different development environments including the Bi-i range of smart cubes. These allow developers to input image data from digital and analog cameras and output the resultant data in digital or analog format.

In the configuration shown, an HD-SDI data interface is used to capture image data with the resultant image data and graphical object recognition data output to an HDMI display. For application development, the system integrator can program the system over an Ethernet interface using Eutecus' API or configure the system using a GUI to evaluate the systems video analytics functions.

For example, the user defines rules, configures alerts, and remotely updates rules for events they want detected, such as a person entering a room or a restricted area in an airport terminal or a building entrance. This allows image data to be monitored automatically, eliminating the need for manually scanning of hours of image data to detect and determine specified events.

In the design, data from the camera's Base Camera Link interface was transferred to the Bi-i smart cube, processed and output as Camera Link data with a graphical overlay to track and highlight objects of interest. While this resulted in a slightly larger camera body, the approach reduced the integration time needed to develop a smart vision system for night vision applications.